A top professional gamer, an NFL star and a survivor of the Parkland school shooting have teamed up to hold a livestream Madden NFL 18 fundraiser to raise money for the victims of the Jacksonville tournament shooting. The event is being hosted on Twitch by Tiltify, a livestream fundraising platform, on Labor Day, September 3, one week after the shooting that left two beloved gamers – Taylor “SpotMEplzzz” Robertson and Eli “Trueboy” Clayton – dead and 11 others wounded. The shooter died of a self-inflicted wound.

“Tiltify will host the secure account to which donors can contribute directly or use to collect funds raised through their own livestream campaigns within their communities,” the company said. Tilify is teaming with Shay “Young Kiv” Kivlen, one of the top Madden gamers in the world and a close friend of the victims, and Cameron Kasky, who survived the Parkland school shooting in February and founded March for Our Lives with his classmates. Kasky and Kivlen will be hosting a livestream to support the Jacksonville Fallen Gamers Fund and will feature a guest appearance by Mike Evans, a star wide receiver for the Tampa Bay Buccaneers.

The livestream is set to begin at 2:30 p.m. Eastern on Monday, Kasky said. You will be able to watch the stream here when it starts. You can start your own stream to raise money for the fund here. Donations can be made here.

Eli Clayton, left, and Taylor Robertson were killed in the Jacksonville shooting.

“True was one of my best friends, and it’s unthinkable that someone from our own community would turn against us,” Kivlen said. “But, we’re a family, and this is what we do. We come together and help each other out. I’m asking everyone to please spread the word and make a contribution to help these families in this incredibly difficult time.”

Kasky said, “The tragic shooting in Jacksonville was too quickly forgotten. We lost two young men with bright futures ahead of them. This event will be held in the same light and spirit brought to the world by Taylor and Eli, and we’re grateful for the pro athletes, celebrities and Madden community who have come together to support this great cause for these young people who were so tragically affected by gun violence.”

Michael Wasserman, the co-founder and CEO of Tiltify, said, “We’ve had a tremendous outpouring from our gaming community and beyond, with everyone asking how they can help, so we’ve activated this fund to support the families involved in this senseless tragedy. One hundred percent of all donations collected through this secure fund will go straight to the victims’ families to help with medical and bereavement expenses.”

On Twitter, Young Kiv wrote, “Thank you to @cameron_kasky @WeAreTiltify and everyone else I have been working with to help the families of Elijah and Taylor. You guys have been amazing and the Madden Community appreciates you so much. ❤️”

Kivlen, 21, of Washington state, was at the tournament in Jacksonville just hours before the shooting occurred. He left to go back to his hotel to rest after losing a game and was watching the live stream of the event when shots rang out. “The Madden Community is a family and we are not going to let this awful tragedy break us, instead, we are going to get stronger, unify, and continue doing what we love,” Kivlen told Fox News.

Kivlen told Fox News it has been tough to continue playing after watching as one of his closest friends was killed, and he has struggled to pick up a controller in the days since. But he said he is excited to play against Evans in an effort to help the families of the victims. He told Fox News he is “just trying to do whatever I can to help their families in this devastating time.” 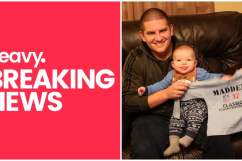 Taylor Robertson ‘SpotMePlzzz’: A Tribute to the Madden Shooting Victim 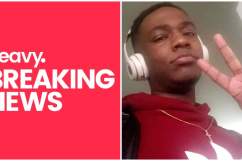 Eli Clayton ‘Trueboy’: A Tribute to the Madden Shooting Victim