2018 was definitely an eventful year for the FGC (Fighting Game Community, for those not in the know).

Street Fighter V, Tekken 7, Dragon Ball FighterZ, and Super Smash Bros. provided plenty of hype-inducing moments for fighting game fans that year. All of those fighters and a bunch of other new IP’s stayed healthy throughout the year with fan-requested roster additions, balance adjustments, and system updates.

2019 looks like it’ll be just as fruitful for the fighting game genre. The return of legendary franchises should keep dedicated fanbases happy, plus there’s going to be a fresh array of brawlers to get addicted to. 2018’s fighting game tourneys were pretty damn exciting. And by the looks of 2019’s fighting games lineup, things will thankfully stay the same for the passionate FGC.

Check out the full lineup of 2019’s upcoming fighting games below.

Arena fighters seem to be making a comeback of sorts. Combat Core is leading the charge and Bit Dragon’s Hyper Jam is next up to keep the movement going. The neon-tinged visuals and thumping soundtrack that powers this 4-player brawler give it a cool cyberpunk vibe.

As for the action itself, it’s a bit deeper than most games of its ilk. Characters can equip different perks that boost their abilities in battles, such as extra boosting movement capabilities and more vicious attack power. Once the timer for a round ends, each player will get the chance to select new perks and head into the next round with new abilities intact. With online cross-play enabled, competitors who’re ready to go to war can do so across PS4, Xbox One, and PC.

Buy a PSN Gift Card here so you can digitally purchase Hyper Jam.

Buy an Xbox Gift Card here so you can digitally purchase Hyper Jam. 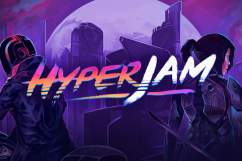 Anime’s most celebrated heroes and villains are now invading the real world! Jump Force pits them all against each other and a mysterious new evil force. The explosive battles seen in series such as Dragon Ball Z, Naruto, and One Piece will now be replicated in 3D form with the 3-on-3 skirmishes featured in this fighter.

Jump Force includes the usual suspects from popular manga’s/anime’s, such as Goku, Naruto, and Monkey D. Luffy. It also throws in a bunch of standout anime icons, such as Gon Freecss, Yusuke Urameshi, and Yugi Mutou. The climatic clashes you’ll engage in are reminiscent of the best battles from each featured anime – plenty of familiar match-ending maneuvers are a part of each character’s expansive moveset. Jump Force is the ultimate playable dream scenario for diehard anime fans. 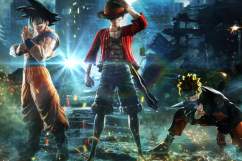 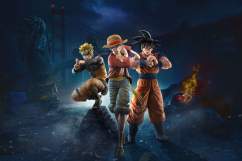 Team Ninja is going to do things a bit differently this time around. Instead of focusing heavily on the best “assets” of the female members of the roster, Dead or Alive 6 will rely more on its actual combat systems. Everyone will still be as attractive and look incredibly lifelike as they did before. But their explosive brawls will take center stage a lot more in the sixth official entry within the DOA franchise.

This amazing looking 3D fighter will bring over all of the mechanics that worked in the last entry in the series. The newest features you can all look forward to mastering is a powerful parry attack known as the “Break Blow,” an auto combo (“Fatal Rush”), and an extra new parry maneuver referred to as the “Break Hold.” Dead or Alive 6 is set to deepen its gameplay mechanics and push its combat to more exciting (and even sweatier) levels. 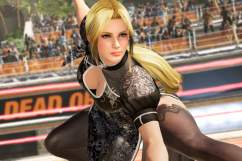 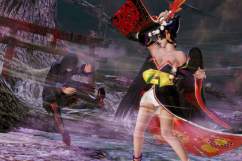 Power Rangers: Battle for the Grid

Mobile fighting games have taken off in a big way in recent years. One of the most standout entries in that burgeoning sub-genre has been Power Rangers: Legacy Wars. Fans of each generation of the long-running franchise got to choose their favorite Rangers and battle it out with rival Ranger teams. nWay, the developer behind that mobile fighter, is now producing a console adaptation of their smash hit. And by the looks of it, fans will love what’s in store for them.

Power Rangers: Battle for the Grid, will compile the best Rangers of all time and pit them against each other in team battles. Pulling off huge combos and special moves won’t be hard to do – quarter-circle inputs have been removed in favor of simpler move motions. Also, the game’s cross-play feature lets players move across different platforms and keep their progress intact. Power Rangers: Battle for the Grid embodies the wish fulfillment of Power Rangers fans who’ve always wanted a serious console fighter.

Buy a PSN Gift Card here so you can digitally purchase Power Rangers: Battle for the Grid.

Buy an Xbox Gift Card here so you can digitally purchase Power Rangers: Battle for the Grid.

Buy a Nintendo eShop Gift Card here so you can digitally purchase Power Rangers: Battle for the Grid.

Pick up a Steam gift card here if you’re looking to start playing Power Rangers: Battle for the Grid on PC. 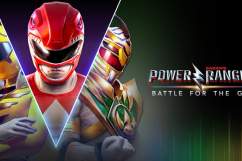 A new Mortal Kombat installment is set to include even more gore and bloodletting than ever before. The 11th official sequel in the long-running fighting game franchise looks to be the best one yet. Klassic Kombatants such as Scorpion, Raiden, and Shao Khan will be joined by a host of several new fighters. The biggest features within Mortal Kombat 11 will certainly be its massive cinematic story mode campaign and the Custom Character Variations mode.

This means players will get to tinker around with their favorite characters’ appearances and model them to their liking. Ed Boon and the rest of the development wizards at NetherRealm Studios are set to blow everyone’s minds once again with their brand of vicious fisticuffs. Mortal Kombat 11 certainly looks to be one of 2019’s earliest contenders for Fighting Game of the Year. 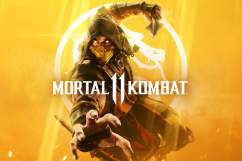 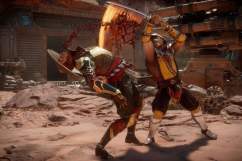 Million Arthur: Arcana Blood has actually been thriving for two years now. It first landed in arcades in 2017, then made its way over to the PS4 a year later. All the while, it made its stay exclusively in Japan. Now in 2019, Square Enix’s 2D brawler will finally arrive in the States as a PC-only release.

It’s been too long, Haohmaru. But we’re more than pleased with your reintroduction to the fighting game scene! Ever since SNK released The King of Fighters XIV, the Japanese publisher/developer has been hard at work on their other storied franchises. And one of those franchises happens to be one of the greatest weapons fighters of the ’90s, Samurai Shodown.

Powered by the Unreal Engine 4, Samurai Shodown’s 3D revival brings back its classic 2D gameplay for a whole new generation. Blood will be spilled in front of beautiful backgrounds that adopt a Japanese brushstroke style. Fan favorites such as Jubei, Nakoruru, Galford, and even the massive Earthquake make their welcome return to battle. Samurai Shodown looks to be the next project that will push SNK back to its former glory. 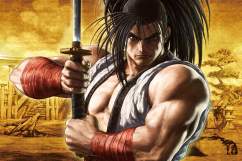 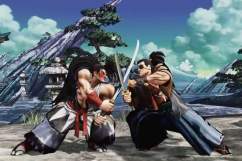 Fantasy Strike is an interesting beast. It’s not concerned with asking players to memorize complex combos. Each character’s super move, throw and two specials are simply tied to a respective button, so it’s easy to wrap your head around the battle system. Casual and hardcore fighting game players alike will be able to pull off impressive combos with just a few button presses.

And by not pressing anything at all, your character gains the ability to counter grabs. Fantasy Strike is doing something different in a market filled with several heavy hitters. Fantasy Strike’s “easy to understand, but deeper the more you play” concept makes it stand out from the pack.

Buy a PSN Gift Card here so you can digitally purchase Fantasy Strike. 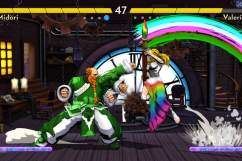 Kill la Kill the Game: IF

Kill la Kill is one of the most visually striking anime’s ever produced. Its cast of steely-eyed, rambunctious characters hashes out their problems during weapons-based clashes. Thanks to the presence of “Goku Uniforms,” those same clashes always tend to be an assault on the eyes (in a good way). Arc System Works is great at transferring the amazing anime visuals of fan-favorite IP’s into fighting games. They’ll be sticking to that process with the release of Kill la Kill the Game: IF.

Instead of placing characters on a 2D-based plane, one-on-one battles will take place in an open arena setting. For fans of the Ultimate Ninja Storm franchise and Pokken Tournament, this upcoming fighter should be right up your alley. The slick camera tricks, heavy-hitting combos, and constant banter between fighters create the type of hype fighting game fans live for. Kill la Kill the Game: IF should provide another worthy entrant for the arena fighter sub-genre.

Now picture this – what if Bushido Blade allowed for 3v3 multiplayer clashes? Development studio Frozenbyte must have had an hours-long meeting regarding that very concept, which probably led to the creation of this unique fighter. Boreal Blade is a team-based brawler that features tactical melee-combat to master, huge arenas to explore, and four different fighting styles to play around with and customize. Players who hop into Boreal Blade get to construct their own heroes and hop into vicious encounters with like-minded death dealers. Frozenbyte might have a sleeper hit on their hands here.

The next installment in the WWE 2K series is doing things a bit differently this year. Visual Concepts is taking over all the development duties from Yuke’s, for instance. Along with this major switch, a brand new mode is making its grand debut. “WWE 2K Originals” is stepping into the outlandish realm of pro wrestling with themed DLC packs full of fresh content. Along with this new DLC model, fans can look forward to playing through the most important bouts connected to the careers of Roman Reigns and the Four Horsewomen (Charlotte, Sasha Banks, Bayley, and Becky Lynch). WWE 2K20 is ready to further build on the previous year’s iteration and offer the same fun in-ring action you’ve come to love. 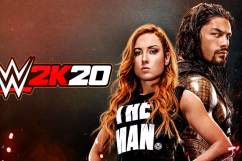 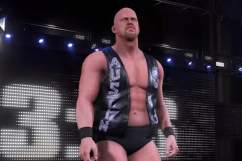 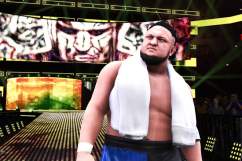 WWE 2K20 Preview: A Return to the More Zany Days of Wrestling Games 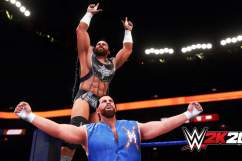 The heroic Shovel Knight has blossomed into an indie gaming darling. Besides his hard as nails but fun as hell self-titled platformer, the blue savior has popped up elsewhere. More specifically, fighting games. He’s been featured as a playable character in Blade Strangers and been transformed into a guest trophy in Super Smash Bros. Ultimate.

With the release of Shovel Knight Showdown, the zany cast of characters from Shovel Knight get to duke it out on their own terms. This 4-player brawler embraces the mechanics seen in the Smash series, which should make it readily accessible to fans of that style of gameplay. The added bonus of a fully-featured single-player story mode is just the icing on top for an already feature-rich fighter.

A fighting game full of meme-worthy animals shouldn’t work, right…RIGHT? Digital Crafter’s Fight of Animals does the impossible and makes a roster full of hilarious takes on cutesy critters work. Power Hook Dog, Mighty Fox, Magic Squirrel, and several other powerful furries go to war in this surprisingly competent fighting game. The visuals may not be as flashy as its contemporaries, but Fight of Animals’ deep combo mechanics and fast-moving combat puts it above a ton of other AAA-fighters. Plus its online connectivity is pretty damn God-like to boot! Don’t mistake Fight of Animals for a joke and nothing more. It’s legit.

Pick up a Steam gift card here if you’re looking to start playing Fight of Animals on PC.

And here’s a few fighters that were released years prior, but are now making their way to certain consoles for the first time in 2019: