Despite the rollercoaster ride that was 2018, this year is finally coming to an end. This year saw some of the best games of the generation make their debut and help push the medium forward. From smash hits like Red Dead Redemption 2 to smaller, indie titles such as GRIS, 2018 was an amazing year for gaming. However, it’s time to look forward and see what titles are just down the road.

But first here are some honorable mentions!

We’re a little more than a month away and we still cannot believe this game is coming out. Perhaps one of the most anticipated sequels of all time, Kingdom Hearts III is an action RPG set in a world where different Disney properties collide. Developed by Square Enix, Kingdom Hearts III continues to story of Sora and his battle against an evil race known as the Heartless.

Boasting a refined version of the franchise’s real-time combat system, players will venture to different Disney worlds to extinguish evil. Some of the properties included in Kingdom Hearts III are Pirates of the Caribbean, Wreck-it Ralph, Toy Story, Frozen, Big Hero 6, Hercules, and Monsters Inc.

It’s easy to look at Sekio: Shadows Die Twice as just “Dark Souls in ancient Japan,” but this game is so much more. Taking the methodical moment to moment gameplay From Software is known for, Sekiro enhances this thanks to its focus on a single weapon. Combat feels far more deliberate and mastering your sword will be critical if you wish to survive this dangerous world.

Players can also make use of their “trick arm” which houses a collection of useful gadgets. Additionally, Sekiro puts a heavier emphasis on mobility and stealth, allowing players to wipe out entire groups without raising an alarm. If you’re a fan of any previous From Software games then you should definitely keep your eye out for Sekiro: Shadows Die Twice.

Looking for something more colorful? RAGE 2 is set years after the Earth has been ravished by meteors. Players enter a dangerous open world full of mutants, twisted humans, and mechanical monstrosities. What separates RAGE 2 from other post-apocalyptic games is a sense of style. RAGE 2’s gameplay aims to be as chaotic and explosive as possible via a variety of powers and special weapons. Who doesn’t love using a boomerang to cut a foe’s head off?

Have you ever wondered who would win a fight between Naruto and Goku? Well now you can settle that argument with developer Spike Chunsoft’s fighting game, Jump Force. Bringing together an all-star roster of anime heroes and villains, Jump Force is a slick fighter that aims to deliver the flashy battles we’ve come to expect from Shōnen Jump franchises.

Sporting 3v3 tag team battles, Jump Force could easily establish itself as the ultimate anime-focused game. If you’re a fan of any Shōnen Jump series than Jump Force might be for you. 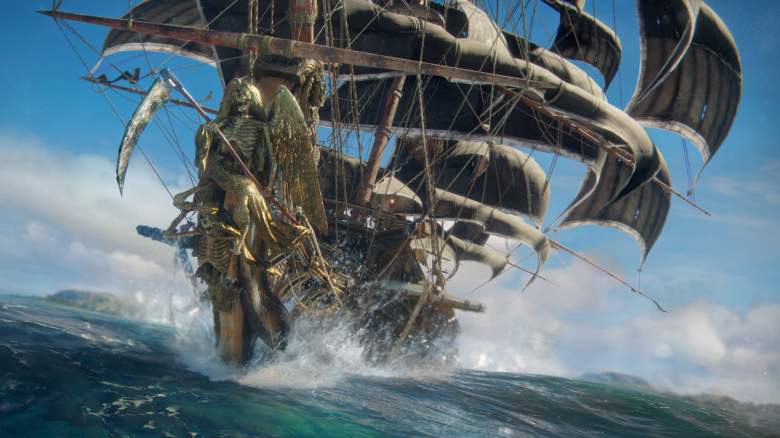 With the pirate genre is on the rise, Ubisoft aims to deliver the definitive ship-to-ship combat game. With titles such Sea of Thieves focusing on the general experience of being a pirate, Skull & Bones aims for a slightly more realistic approach.

Players will need to factor in everything from the wind to what kind of ship they’re using to the type of ammo loaded into the cannons. While the full customization options for ships is still unknown, Skull & Bones shows a lot of promise.

Resident Evil 2 is considered by many as one of the best horror games ever made, so Capcom has decided to completely remaster this classic title. Not only has this title received a visual and audio makeover, but the perspective has been shifted to an over the shoulder angle.

Gone are the tank controls and static cameras that plagued the franchise for ages. This new slick and compact design help ratchet up the horror. It’s these changes that really help Resident Evil 2 feel like a fresh experience. Even if you are intimately familiar with this title, the change in camera perspective forced Capcom to alter where some of these baddies hide. If you’re a fan of horror or the Resident Evil franchise, this is a game you cannot miss.

There are very few things in life as satisfying as cutting a demon in half with a chainsaw. Enter DOOM Eternal, the highly anticipated follow up to 2016’s DOOM reboot. Set on Earth, the demonic forces of Hell have poured out and destroyed most of the world. Now it’s up to you to murder every monster with a wide assortment of weapons and gadgets.

Like its predecessor, DOOM Eternal seeks to deliver the frantic and fast-paced gameplay this franchise helped define. Players will need to pick up health packs, armor, and ammo if they hope to survive. Additionally, DOOM Eternal boasts a “Destructible Demons” that causes enemies’ bodies to become progressively more mangled and batter as a battle rages on.

Moving from demons to the undead, Days Gone is one of the newest PlayStation 4 exclusives on the way. Set years after a zombie outbreak, players assume the role of bounty hunter and biker Deacon St. John. This third-person action game has players navigating a dangerous world filled with extremely fast flesh-eating ghouls and cruel, desperate humans.

Encounters can be tackled multiple ways, offering players some versatility in how they complete missions. The time of day will also factor into how you approach a quest since the undead are fast at night, but slow in the day. Given the quality of 2018’s PS4 exclusives, we are excited to get our hands on Days Gone.

Anthem is the newest game by developer BioWare and it could be the biggest of 2019. Where Anthem differs from other action RPGs is it doesn’t lock you into playing one specific class for the entire game. Instead, classes are tied to Javelins which are advanced mechanical suits that the user can swap between. Some of the Javelins we know about are the heavily armored Colossus, the close-quarters specialist Interceptor, the flying Storm, and well-balanced Ranger.

Despite this being shared world, BioWare is still putting emphasis on the story. There are a lot of hurdles this game will have vault over it wants to succeed, especially since similar titles like Destiny 2 and The Division struggled to keep players after their launch. Yet, we cannot help but get excited at the idea of hopping into our very own mechanical suit and rain fiery death upon our enemies.

Honestly, we are surprised Crackdown 3 is even happening. A game plagued by constant delays, this third-person action game was announced way back in 2014 at E3. Now, four years later this title is almost here and the pressure is on developer Sumo Digital to deliver. For the unfamiliar, Crackdown 3 is an action game where players take on dangerous and colorful gangs of Pacific City.

As players progress through the game they will gain new abilities and increase their base attributes such as strength or speed. Eventually, users will be able to leap over buildings and throw cars at their foes. Whether Crackdown 3 will be worth the wait is still unknown, but we are giddy with the idea of hopping back into this world once again.

11) Animal Crossing for the Switch

Perhaps one of the most requested games for the Nintendo Switch, Animal Crossing is a franchise close to a lot of player’s hearts. Announced three months ago, Nintendo has remained quiet on any details about the mechanics or setting. We suspect that this title won’t delve too far from the slice of life gameplay that the series has refined. Maybe by the time the game releases, we will have paid off all our debt to Tom Nook.

Announced during The Game Awards, the next installment in the Mortal Kombat franchise is set to arrive in late April. While the gameplay reveal is still a few weeks away, if it’s anything like Mortal Kombat 10 then we cannot wait to get our hands on it. Developer NetherRealm Studios have turned beating someone bloody into an art form. Combine this with the excellent single-player content and unlockables in Injustice 2 and MK11 could be the best fighting game of 2019.

It’s been years since we stepped into stylish shoes of Dante and even longer since we had an entry tied to the core franchise.

Set to release on March 8, Devil May Cry 5 takes place in a world overrun by demons. Surprising no one, it’s up to Dante and Nero to cleanse the world of hellspawn and save humanity. Players will be able to kill demons as either Dante, Nero, or the mysterious V. Even though Capcom hasn’t revealed who V is, the popular and obvious theory is Vergil.

Gameplay consists of the typical hack and slash combat that the Devil May Cry franchise helped define. Each character has their own weapons and style, which gives players plenty of options for how they want to approach engagements. Devil May Cry 5 even plays different music depending on how you’re doing in combat.

One game that absolutely shouldn’t fly under your radar is developer 4A Games’ Metro Exodus. The third installment in the Metro series, players finally leave the tunnels of Moscow and get to explore the post-apocalyptic wasteland of Russia. Blending action and horror, players will take on hostile factions of humans and terrifying mutated beasts.

Additionally, users will need to deal with extreme weather and environmental changes as the game progresses. Scavenging for supplies is critical since your weapons can be customized and various items are craftable. Even if you’re completely new to this franchise, we recommend keeping an eye on Metro Exodus.

The Division suffered from a rocky launch and despite the gameplay improvements over the coming years, it never grasped its full potential. Enter The Division 2, a third person action/RPG hybrid set in a ravished Washington D.C. Currently, details of the story have minimal, but we do know that users will be fighting against groups of insane marauders.

The Division 2 will feature 8 man raids, PvP, and co-op. Players can specialize in a variety of disciplines or equipment, allowing them to gain an edge in combat. Of course, The Division 2 will live or die based on its endgame content. Given titles like Destiny 2 had issues retaining players after the campaign, it’s critical that The Division 2 offers a plethora of content to enjoy once the credits roll.