With Apex Legends’ first season in full swing, it’s time to deep look at the different characters and see which ones stand above others. Remember, every legend can be effective, however, we are looking at which ones excel above others in all situations. This doesn’t mean you shouldn’t play your favorite legend or they are incapable of winning. We are strictly judging their abilities, hitboxes, and general performance in-game.

This list will be consistently updated as heroes are buffed, nerfed, or introduced into the game.

As a Caustic main it breaks my heart how situational this hero is. Despite the recent buff to his traps and adjustments to his hitbox, Caustic’s gas makes him more of a liability. While you can certainly have some big plays via trapping someone in a house or cramped location, a lot of battles take place outside making him quite awkward in battle. It doesn’t help that your teammates are blinded and slowed in your gas, so if you can’t hit your shots then you’ll be doing more harm than good.

Caustic also has one of the largest hitboxes in the game, making him a fairly easy target to hit. Combine this with the fact that opponents can blow up your traps before they trigger makes Caustic the most underwhelming character in Apex Legends. Area denial is a potent skill, but in a game all about mobility, the competition runs circles around this sociopath. 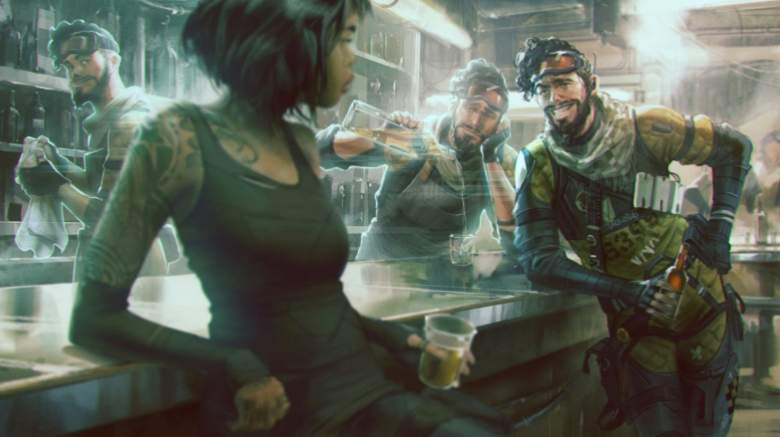 One of the most charming characters in Apex Legends, Mirage is a hero whose kit can certainly pull off some flashy plays. A well-timed Psyche Out can trick an entire team and throw off an enemy combatant. However, his passive ability is borderline useless and won’t fool any Apex Legends player worth their salt. Even though it does by you time to sneak away, the invisibility rarely lasts long enough to really get away from an enemy team.

His ultimate is a mixed bag and is used more to save the Mirage player in a bad situation more than anything else. It doesn’t interact with your allies and you cannot just cancel out of the invisibility whenever you want. This makes Mirage a very situational character than can certainly escape death but does very little to actually benefit his team. 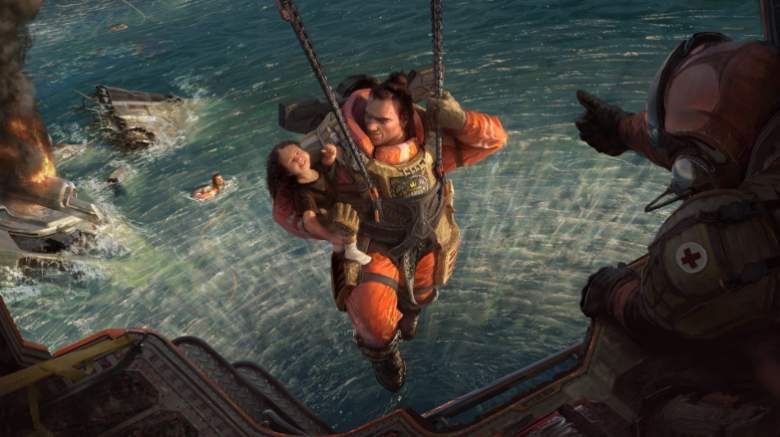 On the opposite end of the spectrum, Gibraltar’s abilities are all about helping the team, but his massive hitbox makes him easy to take down. His Dome of Protection has a lot of versatility, allowing teammates to safely loot, heal, or secure finishers on downed foes. Despite his Defensive Bombardment lacking range, it pairs perfectly with his shield to give your team added protection if they need to back off.

Where Gibraltar underwhelms is with his passive ability. The personal shield is cool, but anyone who can aim will circumvent this hitting this hero in the head or legs. It also doesn’t absorb a ton of damage, which can make for awkward moments when it breaks before you even realize what happened.

Pathfinder is one of the most entertaining characters to play in Apex Legends thanks to his mobility tools. His grapple hook is one of the best self-serving abilities in the game, allowing skilled users to perform some flashy, high flying takedowns. This mobility makes Pathfinder quite dangerous, especially when coupled with his zip line which allows an entire team to reposition.

However, his passive ability is at odds with the rest of his kit. Having information about where the next circle is going to be is great for getting your squad into position, but you have to go out of your way for this info. Unless you’re very diligent about hitting these sentry points, it’s doubtful you’ll scan the map more than twice a game. He also has a decently sized hitbox that makes him quite easier to shoot, even if he can zip around the map. 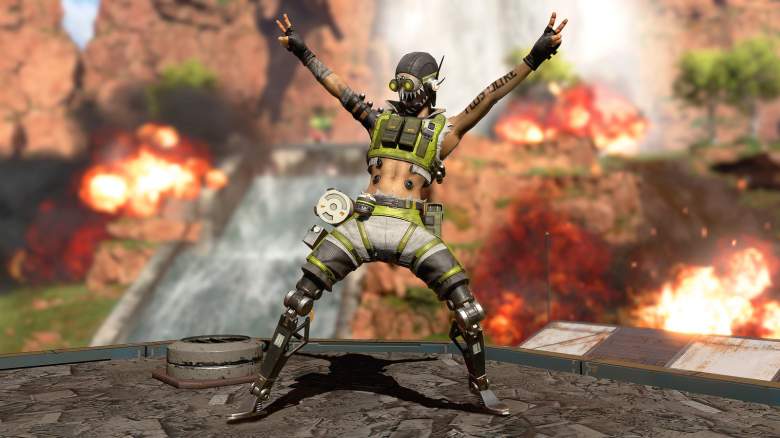 The newest character introduced in Apex Legends, Octane is a speedy, aggressive flanker that can cover a lot of terrain. His passive – Swift Mend – slowly heals Octane whenever he isn’t taking fire or damage. This means you will gradually recover health without using a syringe or Medkit.

Octane can also give himself a Stim shot to increase his movement speed by 30% at the cost of 10% life. This allows Octane to not only aggressively flank enemies, but escape unfavorable engagements. His ultimate throws down a jump pad that allows anyone who touches it to launch into the air. Not only is this fun, but you can rapidly reposition yourself above or behind enemies.

While Octane is an excellent hero, his speed-focused build makes him only ideal for highly aggressive teams. If your squad is playing more defensively or in confined spaces than Octane can really do much outside of passively heal. 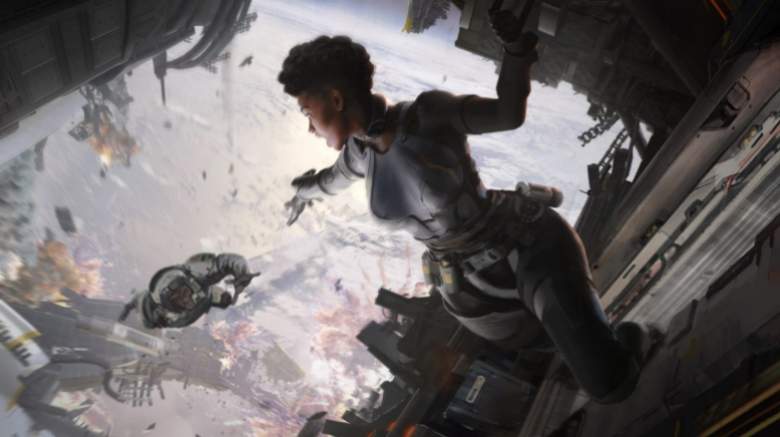 Bangalore is an interesting legends, as her abilities can be used both defensively and offensively. Her Smoke Launcher allows her to not only blind opponents but give her team some visual cover if they’re retreating. This smoke is also great for looting, covering you if you have to heal, or just acting as a way to break line of sight. While it does blind your teammates as well, you don’t have to worry about any slowing effects like with Caustics Gas.

She also has some nice mobility via her Double Time passive. While it takes being shot at to actually activate, this boost in speed can easily help you duck into cover or push onto foes. Where Bangalore stumbles is her ultimate, which comes off more as an annoyance than anything else. Its slow detonation time makes it easy to avoid, despite the large area of effect. There are moments where it does shine, but often the ultimate ends up pausing the firefight and making both teams wait until it’s over.

Information in a battle royale game is one of the most important advantages to can have over your opponents. Knowing where and when a foe has been can swing entire fights and allow your team to easily score some skills. Enter Bloodhound, the master of tracking thanks to this legend’s passive, active, and ultimate abilities.

Bloodhound is capable of seeing enemy tracks and movements, allowing them to hunt down anyone trying to escape a fight. Once you learn how to read the signs, Bloodhound players can easily hunt down any team ahead of them. This legend’s ultimate is a better version of that, allowing them to see real-time tracks, obtain a speed boost, and highlight enemies in red. All of this is exceptionally potent and it counters quite a few heroes that rely on disorientation.

However, Bloodhound does stumble a bit with their activate ability. The scan can certainly give you information, but the holograms of enemies can sometimes make it difficult to actually see your opponents. This will not only affect you but your entire team. 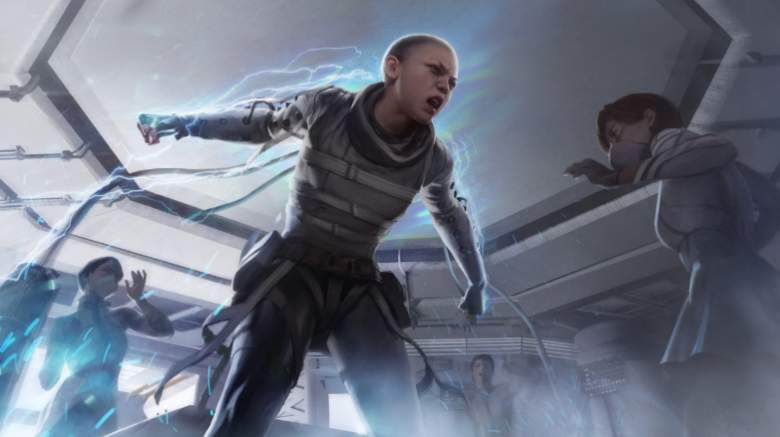 Perhaps Apex Legends’ most popular character, Wraith can be an absolute nightmare to play around. Setting aside her tiny hitbox – although that does help – Wraith’s abilities make her a master of mobility. Into the Void is an exceptional evasion tool that can help any users dodge incoming fire, lose enemy’s on her tail, or sneak up on an unsuspecting team.

Dimensional Rift is fantastic for helping your team quickly reach a location or retreat if a battle is lost. There’s a lot of room for creativity when it comes to Wraith’s portals, making a smart user very difficult to take down. Finally, her passive helps both the player and the team know when someone is watching them. Getting a warning when someone is aiming at you could save your entire team from death.

Wraith is a slippery assassin that certainly deserves her stature as one of the best characters in the game.

Her drone serves as a great way to quickly recover health either during or after a firefight. You can also use it to regain your lost health after running through the damaging circle. Since the drone works during combat, it’s not uncommon for a Lifeline to throw it down right as someone pushes so they can sustain their health during a fight.

Finally, Lifeline’s ultimate may not be as flashy as others, but the supplies she offers is essential. Being able to obtain high tier armor and mods on the move can give your squad a much better chance in battle. Plus, you can use the drop pod as a way to reach inaccessible terrain or temporary cover. Having a dedicated medic that can heal, armor up, and quickly resurrect teammates makes Lifeline a force to be reckoned with.