After years of waiting, we finally got to see gameplay from the next Animal Crossing. Teased a few months back, we finally received a gameplay trailer and release date for Animal Crossing. Titled “Animal Crossing: New Horizons,” this game is set on a deserted island run by Nook Inc. Users will be visiting this island, setting up a community, and enter crippling debt.

Here’s everything we know about Animal Crossing: New Horizons. We will update this post as new information is released. 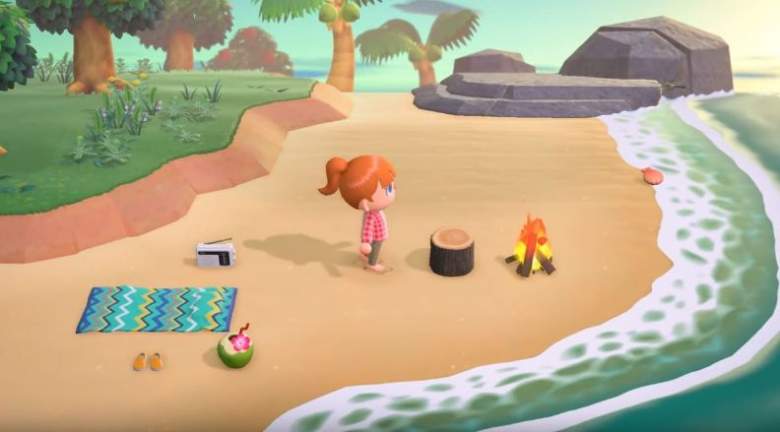 At the time of writing this, the official release date for Animal Crossing: New Horizons is March 20, 2020. Originally set to release in 2019, Nintendo delayed the game so they could make it “the best is can be.” This game will only be available for the Nintendo Switch, so make sure to pick one up if you’re a fan of this franchise.

Animal Crossing: New Horizons – Nintendo Switch Trailer – Nintendo E3 2019In Animal Crossing: New Horizons, start fresh on a deserted island and enjoy a peaceful existence full of creativity, freedom, and charm as you roll up your sleeves and make your new life whatever you want it to be. Collect resources you can craft into everything from creature comforts to handy tools. Embrace your green…2019-06-11T17:27:46.000Z

Animal Crossing: New Horizons is set on a deserted island that is owned by, you guessed it, the Nook family. Players will buy a plot of land from Tom Nook, only instead of a house, the player will live in a spacious tent. When you start out, you’ll only have a bed, lamp, and radio inside of your new home. These can be moved and all of the furniture can be placed in half-units across the decorating space.

One new feature is the ability to decorate and place furniture outside of your tent. This allows you to decorate the area around your home, giving it more personality. Both in the gameplay demo and trailer, we see the player being able to place fences, paths, beds, or whatever else their desire around their living space. Additionally, the island will change as the year progress and like previous Animal Crossing games the time/date is linked to your real-world time zone.

The inventory menu appears to only have 20 spaces, but it’s possible this can either be expanded or is only used for key items such as the shovel or fishing rod. Another menu is showed during the demo that acts as the screen to a phone. In it, we see there is a photo mode, a feature called “Nook Miles,” the ability to call a fellow Islander, a map, and a DIY section. 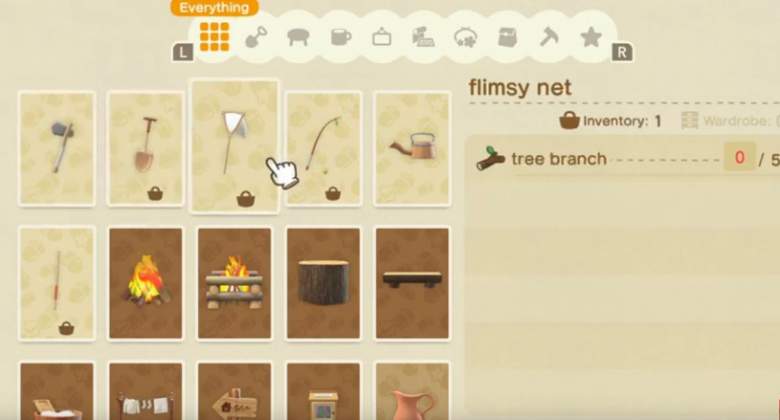 Unlike other Animal Crossing games, New Horizons allows users to actually craft their own furniture. During the demo, we are shown the new DIY feature, which allows players to make household items such as desks, beds, chairs, and more. These craftable items are tied to recipes, which require a specific amount of materials such as softwood, branches, and clay. Some of the items we see that are buildable include a campfire, shovel, net, fishing rod, watering can, sign, clothesline, mailbox, birdbath. and cooking pan.

Once you have the materials to build an item you can head to Tom Nook’s tent and use the workbench. It’s completely free and appears to be the only place you can build items in the game. Of course, you can sell items to Timmy Nook for Bells, which are used to pay off your debt.

Nintendo also explained that Nook Miles are points earned for either traveling or performing certain actions such as crafting. Mile points can be exchanged for activities or new items to use in your home. These rewards are given out for mundane tasks as well such as plucking weeds, which is a nice way to reward players for simply enjoying the game.

Another accessible option on the Nook Phone is the ability to call another islander. This is the co-op, multiplayer function of New Horizons. You can actually play locally with friends via each person using a Joy-Con controller after calling a friend in. New Horizons allows co-op players to interact with the world and work together instead of just sightseeing.

If you’re playing locally you can change the leader by pressing a button. This means whoever is the leader is in charge of the gameplay. You can have up to eight players on a single island, with a maximum of four players in local co-op. There is local wireless and online multiplayer, but Nintendo will be talking about this at a later time.