The second season for developer Respawn Entertainment’s Apex Legends has been revealed. Shown off during the EA Play event, viewers got new insight at what to expect from this hit battle royale game. Along with a new battle pass, Apex Legends is introducing a new legend called Watson and a weapon called the L-Star.

Here is everything you need to know about the Apex Legends Season 2 Battle Pass:

Apex Legends Season 2 is confirmed to arrive on July 2 and is called Battle Charge. This will be for PC, PS4, and Xbox One, so make sure to hop on when Season 2 launches.

One of the new weapons coming to Season 2 is the L-Star assault rifle. This is a care package weapon and will only use the ammo that comes with it. Unlike other weapons, the L-Star is capable of breaking down doors. In addition to the L-Star, there will be two new Hop-Ups, one of which is tied to the Mozambique. 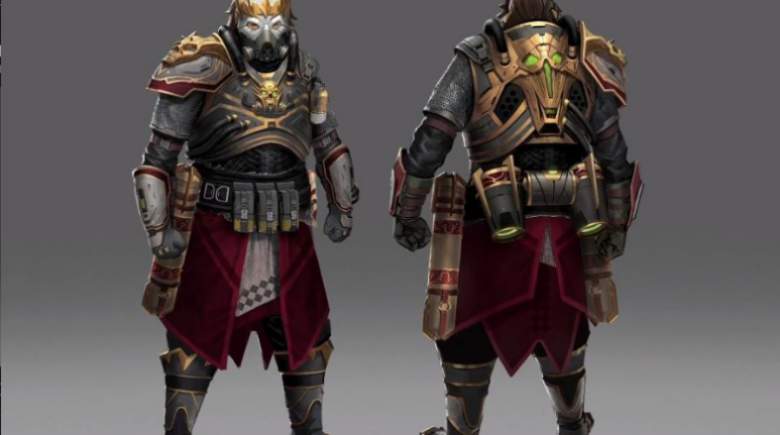 Unlike the previous Apex Legends season, you can level up the new battle pass by completing challenges. Like Fortnite, these will unlock over time and Respawn Entertainment will be removing the stat tracking cards as rewards. Instead, users will have a ton of new cosmetic items to unlock, including some seriously badass looking skins.

There is also a Ranked mode coming to Apex Legends which allows players to complete competitive in the game. The tiers for ranked are Bronze, Silver, Gold, Platinum, Diamond, and Apex Predator. Respawn Entertainment explained that you may have longer queue times the higher you go, as they are prioritizing balanced games over everything.

Watson is the newest hero coming to Apex Legends. Leaked a few months back, this legend focuses on placing potent defenses that can punish overly aggressive teams. Unlike the other heroes, Watson and her father were actually responsible for creating the arena that players are fighting in. Working for an unknown organization called “The Syndicate,” Watson grew up around the other legends and is considered their “kid sister.”

In the arena, Watson is capable of deploying up to 12 fence nodes that chain together with electrical energy. This allows her to quickly lock down entire areas, block escape routes, or cut teammates off. Additionally, if an enemy walks through the fences they will be pinged and alert your team.

Her passive revolves around the Ultimate Chargers, which will instantly refill her ultimate upon use. Finally, her ultimate is a deployable pylon that destroys all enemy projectiles, including grenades, other ultimates, and arc-stars. This pylon will also charge your allies’ shields and reduce Watson’s cooldowns.

Watson will be available when Season 2 releases on July 2.