Ubisoft will be hosting their annual E3 press conference on June 10 at 1:00 p.m. PT.

The conference is five days away but there’s still plenty of time to make educated guesses on what will be shown off during the presentation. We know that Beyond Good & Evil 2 and Skull & Bones won’t be shown off at E3 2019 according to GameSpot and Polygon respectively, but there’s will still be plenty of stuff to see at the conference.

God Save the NPCs. Reveal at E3. #WatchDogsLegion #UbiE3 pic.twitter.com/xpD3bhXDaM

After a conga line of rumors and speculation that’s lasted for years (which we chronicled here), the next Watch Dogs game was finally confirmed.

Watch Dogs Legion is set to take the series in an interesting new direction as you can play as any NPC you recruit in the game, according to Kotaku. Each character will have their own set of animations, voice over, character traits and visuals guided by gameplay systems. The story may even change depending on what character you play as.

Watch Dogs Legion along with Tom Clancy’s Ghost Recon Breakpoint will likely be the two big flagship games for the company for the latter half of 2019, so you can expect a good chunk of their presentation to be devoted to Watch Dogs Legion and how it plays.

Watch Dogs Legion wasn’t the only Ubisoft game to be leaked recently. A brand new IP known as Roller Champions is expected to come according to leaked key art assets and gameplay details on ResetEra. The game is allegedly a multiplayer roller derby game complete with casual, ranked and custom matches with controls and arenas similar to Rocket League. It looks be a combination of either soccer or basketball as well as roller derby.

If the game is indeed real, it’s likely to be announced at Ubisoft’s E3 presentation where we’ll likely see gameplay and maybe even a release date.

Now Breakpoint is arguably Ubisoft’s biggest upcoming game, but they already gave us a massive info dump early last May. We already know from the initial announcements as well as the website that the game is an open world similar to 2017’s Ghost Recon Wildlands. The website also details the new gameplay features, modes and even post-launch content.

Never the less, Ubisoft confirmed in a blog post that we’ll see updates on Breakpoint during the conference.

According to GameSpot, during a financial earnings call Ubisoft announced that in addition to Breakpoint, there will be three other unannounced games from the company that are set to release within the next fiscal year (by March 31, 2020). We can guess that the first two are Watch Dogs Legion and Roller Champions, which leaves us to speculate on the third game. We know it’s not the open world pirate adventure game Skull & Bones because even thought it’s been delayed to spring 2020 at the earliest according to Polygon, it won’t be shown off at E3 2019 according to the publication we already know of its existence and Ubisoft specified that none of the three projects have been announced yet.

We’re hoping for a new entry in the Splinter Cell franchise. It’s been six years since the last game and there’s been a roller coaster of rumors and speculation.

Tom Clancy’s Ghost Recon Wildlands added new content themed after Splinter Cell last year with Voice Actor Michael Ironside reprising his role as series protagonist Sam Fisher, as we reported. The added mission even added a possible teaser for a new game. We even got a teaser from Ironside himself during Inside Xbox in April 2018. A new game was listed on Amazon’s Canadian website before being taken down according to IGN, and was even mentioned as part of a massive leak on Walmart Canada’s video game listings in May 2018 (which correctly predicted Just Cause 4, LEGO DC Villains, Borderlands 3, Gears of War 5, Assassin’s Creed Odyssey, Forza Horizons 5 and Rage 2).

However, A representative for Ubisoft told IGN that Gerighty was “joking” with his tweets regarding a new Splinter Cell game.

“Julian was obviously joking as Julian likes to do,” the representative told IGN via email. “It looks like our creative directors are having fun right now. We do not have any announcements to make at this time.”

Now is this really true, or is this just a cover up?

Also, a listing for a replica of Sam Fisher’s iconic goggles popped up on GameStop before being removed. The kicker is that it was listed as an “E3 collectible.”

GameStop had these Splinter Cell Sam Fischer goggles up for preorder as an E3 collectible yesterday but for some reason delisted them today pic.twitter.com/9sFXdIrWBB

Ubisoft CEO Yves Guillemot told The Game Awards Host Geoff Keighley on YouTube @ E3 in 2017 that the company hasn’t forgotten about the franchise, so we’ll just have to wait and see if the company holds true to that statement.

Look, announcing a new Just Dance game via a choreographed dance sequence is pretty much a conference tradition at this point, with Ubisoft holding them each year since 2016. Expect another performance and announcement this year.

Ubisoft will announce updates for their previously released games, according to their blog post. They will talk about Steep, For Honor, Trials Rising and Assassin’s Creed Odyssey during the Pre-Show on June 10 at noon PDT and then talk about The Division 2 and For Honor during the actual conference.

Head to Heavy for more video game news and guides. 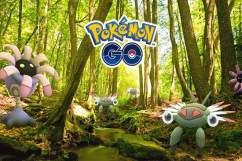