Those that preordered Madden 20 Superstar or Ultimate Superstar Editions will be able to play the game on Tuesday, July 30. Both Xbox and PS4 note the game will be available to download at 12:00 a.m. Eastern on July 30 for those that pre-ordered the expanded versions of the game.

For $99.99 fans can get the Ultimate Superstar Edition which comes with everything the other two editions have in addition to 15 gold team fantasy packs, one large training quick sell, one past and present elite player pack and one Madden championship series pack. Both superstar editions come with the early July 30 download.

The Madden 20 standard edition will be released on Friday, August 2. Aside from the Superstar pre-orders, EA Access and Origin members have also had early access to Madden 20. EA Access members are limited to 10 hours of gameplay before the official release date.

For the past two years fans could play Madden’s new story mode called Longshot which focused on the football journeys of fictional characters Devin Wade and Colt Cruise. Madden 20 will not feature Longshot but is introducing a new mode called QB1.

“Devin and Colt’s stories wrapped up in Longshot 2, and we’re looking forward to players experiencing Face of the Franchise: QB1, our new career campaign,” an EA Sports representative explained to GameSpot.

Some of the NFL stars are getting a bit of a makeover for Madden 20. New this year is the Superstar X-Factor which attempts to make the top players’ games tailored to their unique skillset. Here’s how EA described the new progression system.

Feel the emotion, personality, and power of NFL Superstars with Superstar X-Factor, an all-new abilities progression system that reveals special abilities for today’s most exciting NFL Superstars when certain objectives are met in games. Combined with authentic personality & real player motion, the stars of the NFL truly come to life in Madden NFL 20. Take full control of player development with new ways to customize player abilities.

What else is new for Madden 20? The game is boasting a new pump fake, celebrations and the ability to call run-pass options. 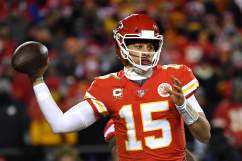