Developer Epic Games has announced that they are pulling the Gunner Pet from Fortnite’s store and will be removing it from the game. Released earlier today, Reddit user PhantomRacer32 noticed the striking similarity between the Gunner Pet and Bonesy Pet which was released months ago. Essentially a complete reskin, fans were outraged with Epic Games for selling Gunner. Only hours after the discovery was made, Epic Games announced on Twitter that they will be refunding players who purchased this skin.

We should not have released the Gunner Pet and apologize for doing so. Within the next couple of days, all purchases of Gunner will be refunded for the full amount of 1000 V-bucks as well as an additional 200 V-bucks and the Pet will be removed from the Locker.

Anyone who purchased Gunner will receive 1,000 V-bucks, plus an additional 200 for the inconvenience. Gunner will then be removed from the store and Locker, making it the briefest cosmetic item to exist in Fortnite. Players will also get a Refund Token which can be used to towards any eligible item within 30 days of receiving it. 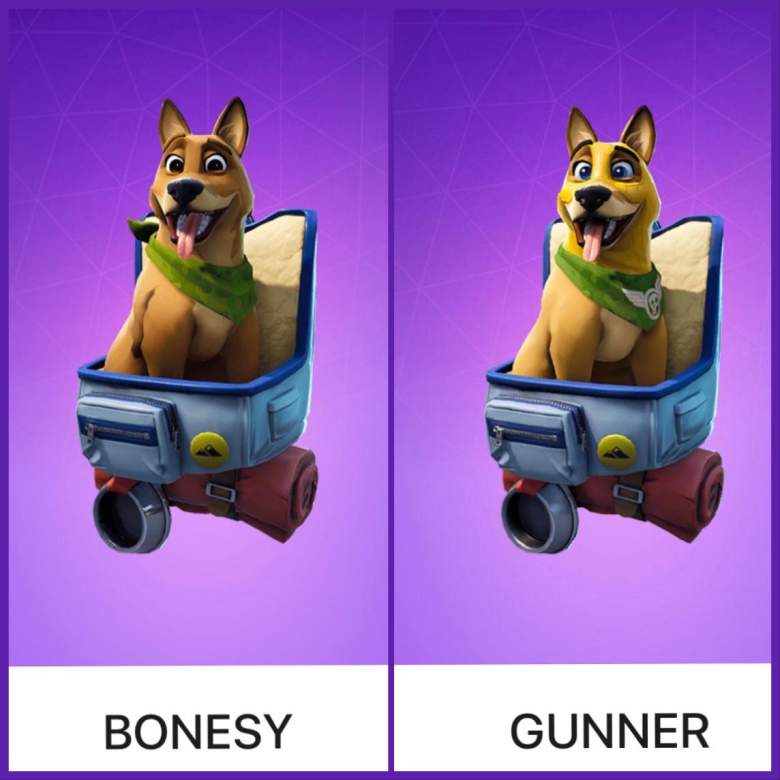 In a season focused on spicing up old skins and locations a new twist, the Gunner pet was a step too far. While characters such as Rust Lord obtained a completely new set of outfits, this pet really only had a few small changes. Considering Bonesy – the original – was unlocked via the Season 6 Battle Pass, selling it for V-bucks felt like a slap in the face to many fans.

Thankfully, the issue has been cleared up and we don’t suspect Epic Games will release any skins too similar in the future.