Season 4 of Apex Legends has officially been revealed by Respawn Entertainment.  With only a few days left in the current season, many players have been wondering what the future holds for this competitive battle royale game. Season 4 is bringing some big changes to Apex Legends, including a new hero, overhauled Ranked system, points of interest, and battle pass. If you haven’t been following any of the Season 4 news, here’s everything you need to know about “Assimilation.”

Season 4 of Apex Legends will begin on February 4 for PC, PS4, and Xbox One players. This season will introduce a new weapon, character, and battle pass for players to earn. Additionally, and players that log in between February 4-11 will receive a free Oragami Gun Charm, Loyalty Badge, and 10k for your first match per day.

Originally believed to be Forge, Revenant took the stage after killing this character in the animated short “Up Close and Personal.” Following this shocking moment, Respawn Entertainment released a new animated trailer showcasing this legend. An assassin that appears to have once been human, Revenant is a terrifying force of nature.

In the gameplay trailer, we see a short clip of his various abilities. Unlike other heroes, Revenant is able to climb up walls higher and crouch walk faster than others. Additionally, this legend can fire a projectile that disables all other enemy character’s abilities for a short duration. His ultimate is a Death Totem, that revives you or teammates next to it if they’re downed or killed. 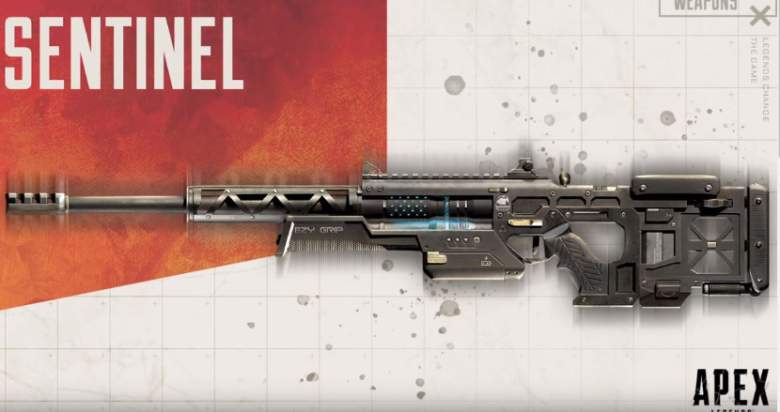 A bolt action sniper rifle, the Sentinel boasts a charge mechanic and we assume uses Energy ammo. Currently, we don’t know if this will be a care package weapon or one that can be found out in the open world.

Ranked mode is getting some hefty changes going into Season 4. During the Devstream, Respawn Entertainment explained that they will be renaming the Apex Predator rank to Master. Now anyone who reaches the Top 500 on the leaderboard in Ranked will be dubbed an Apex Predator and can be bumped down in the ranks if someone surpasses their points.

There also be two rank resets during Season 4 as opposed to just one. Divided up between the first and second half of the season, with each one taking place on a different map. The first split will be set on World’s Edge and take place from February 3 to March 23; while the latter is on King’s Canyon and runs between March 25 to May 5.

Rewards will depend on what the highest tier you achieve during both of the splits. So if you make it higher in Split 1 than Split 2, you’ll be awarded based on your Split 2 performance. Additionally, users can earn Gun Charms, trails, and badges depending on where they place during the season.

With a new season comes alterations to the current map. World Edge has lost its icy appearance and now has rivers of lava flowing throughout. A much more hellish landscape, multiple locations received various updates. Capitol City has been split in two by a massive fissure that’s filled with lava.

The Planet Harvester is now fully functioning, with the large machine shooting a massive red beam into the air. Players can enter and fight inside this tall structure which is designed to help alleviate “third parties” during hectic firefights. There’s also a new point of interest called the Survey Camp which is located between Epicenter and Skyhook. In these areas are weapon racks, which contain guaranteed guns for those seeking loot.