Pokemon Sword & Shield is officially getting new DLC. Revealed this morning during the Pokemon Direct, developer Gamefreak announced that they are currently developing expansions for both Sword and Shield. Broken up across two DLCs, players will visit new regions and battle a variety of new/returning Pokemon. Dubbed “The Isle of Armor” and the “The Crown Tundra,” both of these DLCs are set to release later this year.

Players can experience The Isle of Armor in June, while The Crown Tundra won’t release until fall. You can either purchase this DLC separately or via the Expansion Pass. You will need to buy either the Shield or Sword variant of this DLC depending on which game you own. Much like the base game, each version will include new Pokemon and a unique rival for users to battle against. The Expansion Pass will cost $29.99 and include both DLCs.

Starting with The Isle of Armor, this large area will include a variety of locations including dunes, bogs, caves, forests, and beaches. Your mentor is a former champion called Mustard, while your rival is either Klara (Sword) or Avery (Shield). Additionally, a fighting type Pokemon called Kubfu will be “central to the story.” It’s evolved form, Urshifu, will have a different style and stance depending on which version of the game you own.

Sword’s variant uses “Single-Strike Style,” which makes it a Dark and Fighting-type. Inversely, Shield users will have the Water and Fighting-type stance “Rapid-Strike Style.” Both of these will have a Gigantamax version with all-new G Moves. This Pokemon is only available in the Isle of Armor and can be used online.

Additionally, the final evolutions for your Starter Pokemon will obtain special Gigantamax forms and G Moves. There will also be a number of new cosmetic options for both your trainer and bike. The one highlighted during the stream is a punk look that closely resembles Team Yell. 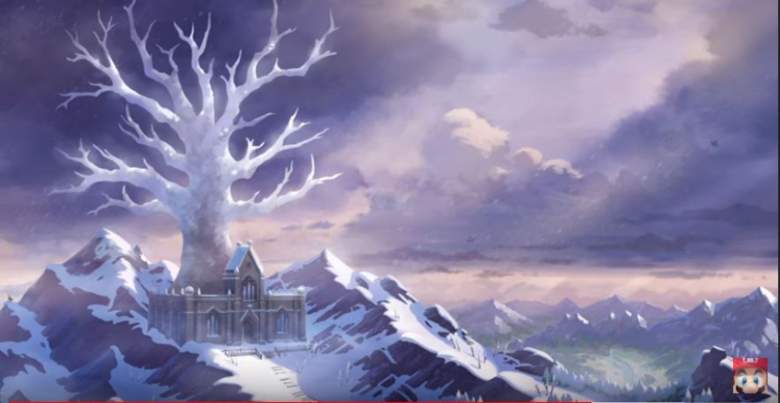 Unlike The Isle of Armor, The Crown Tundra is set in a snowy, mountainous region that is dotted by ruins and small villages. Players will be appointed as the head of an exploration team who are tasked with uncovering the mysteries of this region. The Crown Tundra’s main legendary Pokemon is Calyrex, who is a very fluffy boy. Details about Calyrex are scarce, but we do know this Pokemon is a Psychic and Grass-type.

Along with a new story, The Crown Tundra will introduce a new cooperative multiplayer mode. Tied to the concept of exploration, teams of trainers will investigate underground Pokemon Dens. Gamefreak explains that there will be new Dynamax Pokemon in this activity, but no further information was released.

Perhaps the most exciting news is the return of virtually every legendary Pokemon. In The Crown Tundra, players will come across these mystical creatures throughout their journey and they can be captured in this new cooperative multiplayer mode. There’s no word if you can obtain these legendaries outside of the Pokemon Dens.

Just like The Isle of Armor, there will be a wealth of new cosmetic options for players to purchase including clothing and hairstyles. Both of these expansions’ maps will function similar to the Wild Area in the base game. Players can freely explore and move the camera around, however, this open-world design looks more robust in these expansions.

Finally, a new update will roll out later today that introduces players to their upcoming rival in The Isle of Armor. Once downloaded, players can head to Wedgehurst station and speak with their future rival. During this interaction, Galarian Slowpoke will wander in, making this Pokemon available for capture. However, you can only evolve this Pokemon in either The Isle of Armor (Slowbro) or The Crown Tundra (Slowking), depending on which form you want.