Did you really think Wizards of the Coast was done with Secret Lairs? Following the just recently released Theros Secret Lair, another one was revealed earlier today. Set to launch on International Women’s Day, this Magic: The Gathering product focuses on five wildly popular female Legendary Creatures. All used by Commander and casual players, this Secret Lair is set to drop on March 8. Only available for 24 hours, this Secret Lair will have a limited quantity. The only requirement is you have to purchase it during that brief 24 window. 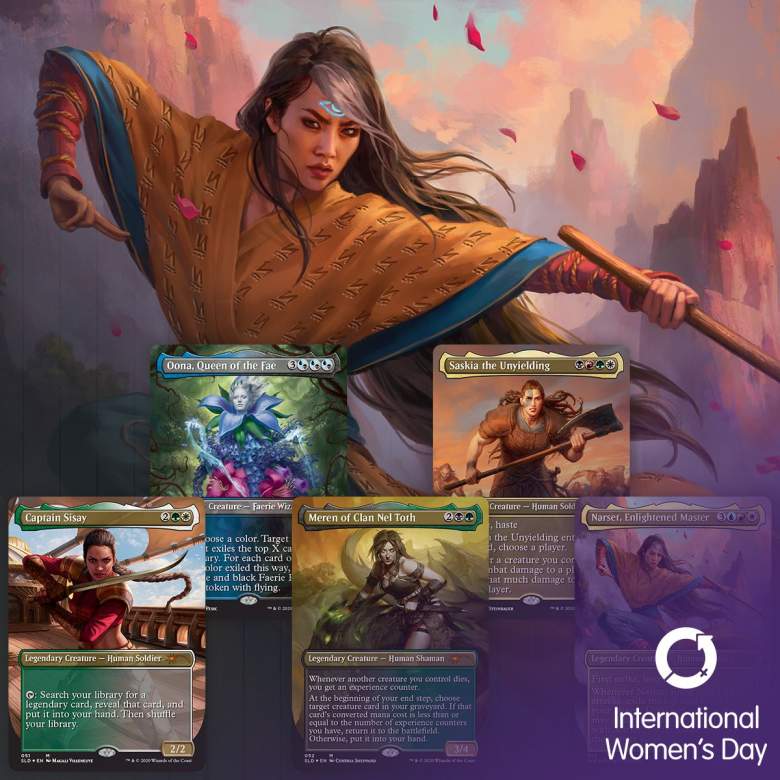 The five cards included in this Secret Lair are Oona, Queen of the Fae, Saskia the Unyielding, Captain Sisay, Meren of Clan Nel Toth, and Narset, Enlightened Master. All of these will be foil with new borderless art. Additionally, you will also get a Saskia the Unyielding sleeve for MTG Arena. Considering these have been purchasable in MTG Arena by themselves, we do not recommend you buy the Secret Lair if it’s solely for the code.

Priced at $49.99, this is one of the most expensive Secret Lairs to release. Following the announcement, fans once again voiced their concern about the frequency of this product. Anyone who purchases this product will have $25 from their order donated to the World Association Of Girl Guides And Girl Scouts

You can purchase the International Women’s Day Secret Lair on March 8.

Read More
Board Games, Magic The Gathering
Another Day, Another Secret Lair