As part of the Fortnite v12.20 update, Epic Games has introduced helicopters into the game, which is the first time a flying vehicle has been in the battle royale since planes in Season 9.

The helicopters don’t appear to be as powerful as the planes were, which is a major bonus, but they can still be very dangerous in the right hands.

Instead of being an offensive powerhouse, the helicopters biggest factor going forward in Fortnite will be using it as a mobility option. Currently, the only way to get around the map fast is through the use of a boat or a launch pad.

Get in the Choppa!

Grab up to 4 other squadmates and take on enemy teams with this new vehicle ? pic.twitter.com/IlHY3tcqKU

Of course, if you want to use a helicopter to get around the map, it’d definitely help to know where to find them.

Following the v12.20 patch, a bunch of map changes took place that put the helicopters all over the place. As a result of this, there are many spots players can get their hands on these new flying vehicles.

While you can also take one from a freshly eliminated enemy, many would prefer to get them from the pads, especially when you consider they’d be at full health instead of bullet-ridden. 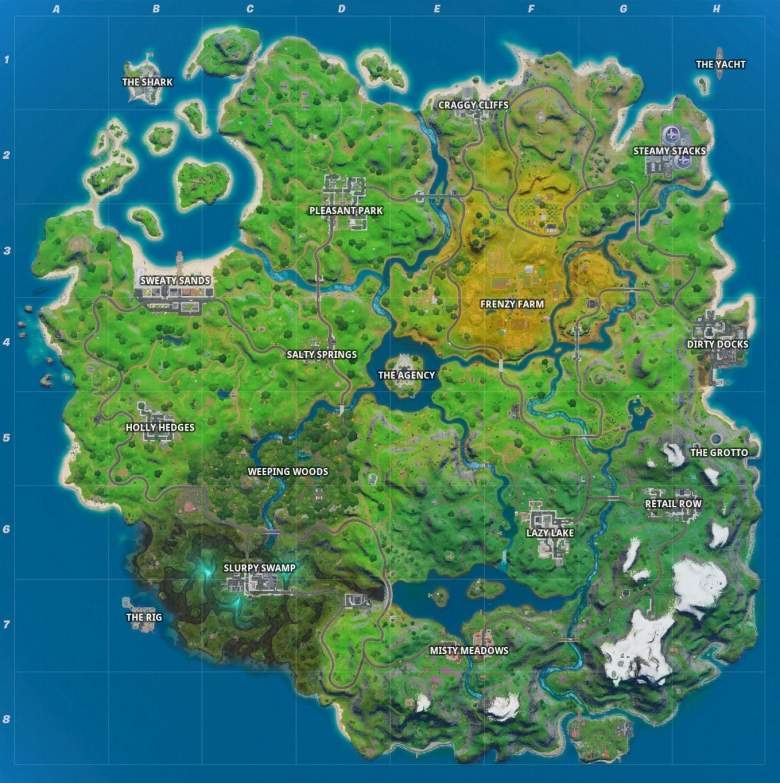 Epic GamesHelicopters can be found in many different locations.

There are many, many different spots players can find helicopters, including every boss base.

Those places are heavily contested, so perhaps it’d be better to find a different spot, and luckily, Epic Games makes that very possible.

Here’s a look at where players can find helicopters in Fortnite currently:

Essentially, the landing pads can be found at any location swarming with henchmen, including the SHADOW Safe Houses. On top of this, the soccer field at Pleasant Park will also be a good place to find them.

Fortnite Chapter 2 – Season 2 is out now. Get out there and try out the new helicopters!