We finally got a good look at him. And it was totally worth the wait.

During Mortal Kombat 11’s Final Kombat tourney, NetherRealm Studios’ Ed Boon came out on stage to speak about the game’s final Kombat Pass 1 DLC character. And joining him was the excellent voice actor for Spawn from the classic HBO animated series, Keith David. Once the trailer kicked off for Spawn’s gameplay, greatness ensued. Spawn was shown to be a force of destruction that’s capable of utilizing automatic weapons, his signature cape, hellspawn magic, and his lethal chains. Spawn can even go invisible and use a grab that batters his opponent and utilize three melee weapons in succession. Spawn’s Fatal Blow sees the iconic comic book character float in midair while he shoots his opponent to death and calls upon a Violater from hell to viciously slash their midsection.

The first Fatality shown off for Spawn was expectedly amazing – he locks his chains around his hapless foe, twists them into submission, slams them to the ground and leads right into Spawn covering his opponent with his cape. Afterward, Spawn uses his demon magic to relieve his victim of all their skin. All in all, Spawn looks to be a fine addition to the Mortal Kombat 11 roster. 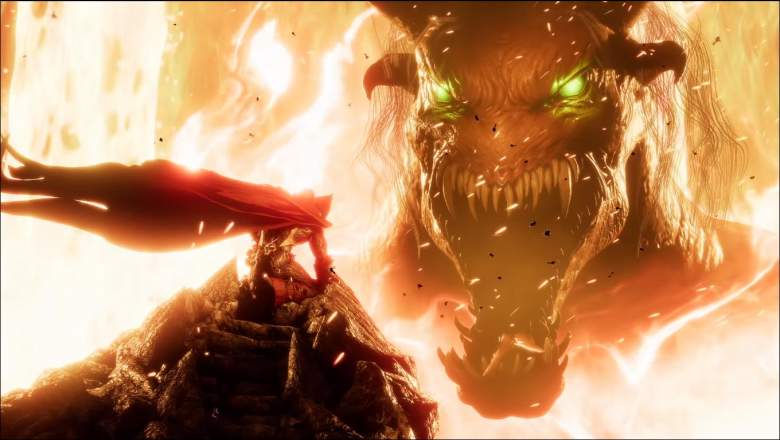 Spawn will be available during the game’s Kombat Pass’ Early Access period on March 17, while everyone else will get to download him on March 24. Arriving alongside Spawn is the Matinee Skin Pack for Kotal Khan, Jacqui Briggs, and Erron Black. And finally, a special Hellspawn Jacqui alternate costume is also on the way.