The final week of the normal set of challenges is out now with Week 10 in Fortnite.

This was originally set to be the end of the Battle Pass and wrap up the season, but as you know, the season was extended into June, so there will be a lot of Overtime missions and challenges to complete.

However, before we get to that, we’ll have to knock out these 10 challenges first. For the most part, they are quite easy, as has been the case with practically every week leading up to this.

There is one tricky one in there that will require players to search different golden pipe wrenches, which can be hard if you don’t even know what that means.

It’s actually a quite literal challenge as you’ll see random pipe wrenches floating around the map in Fortnite. There’s really no telling how they got there, but all you’ll have to do is approach them and search them using whatever your interact button is.

Where to Find Golden Pipe Wrenches 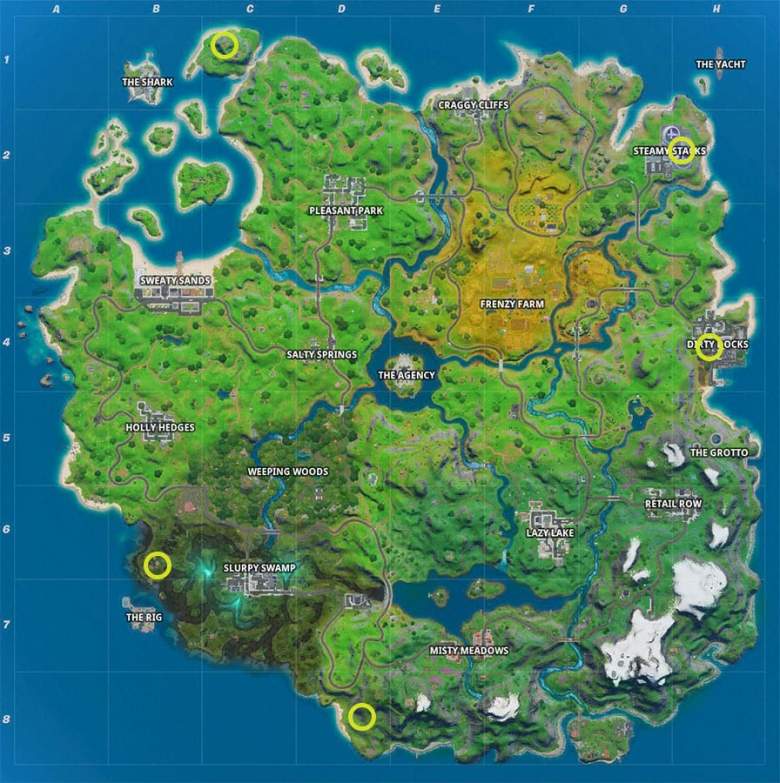 Here’s where to find those pesky Golden Pipe Wrenches in Fortnite.

You’ll have to track down five of these on the map, but that can be easy if you know exactly where you’re going.

In the map above, you can see the exact locations of these wrenches, so all you’ll have to do is visit them over the course of several matches, or one if you’re feeling lucky. You do have to cover a large distance, so there’s a chance you won’t be able to make it to all five due to the storm.

If you’d prefer a written guide, here’s a brief explanation on where you can find each wrench:

Once you do all this, the challenge will be completed and you’re able to move onto the next one.

Since this is the unofficial final week of challenges, there will be a special mission that requires you to sacrifice Legendary weapons to a Ghost or Shadow dropbox. If you manage to do this, you’ll be able to select a different style for Midas and you’ll be completely done with your Battle Pass.

Get out there and do what needs to be done for your team of choice!

Fortnite Chapter 2 – Season 2 is out now.