As we continue to plow through the month of May and towards Fortnite Season 3, leaks have given us a small glimpse at what to expect as this happens.

The end of a season is always an exciting time in Fortnite as Epic will usually drop some hints and teases about what’s next, something that was noticeably missing with the inaugural season of Chapter 2.

It looks like the developers will be righting that wrong with Season 3, and those teases have already starter with the strange cables appearing in the Battle Pass screen and the mysterious puddles popping up around the island.

A new leak has revealed The Agency, Midas’ base in Fortnite, will be receiving an overhaul in the near future, possibly as early as v12.60.

A few updates ago a shadow version for the Agency was added, considering he hasn't swapped to Shadow yet this is either a red herring or will happen sometime during v12.60.

Some slight changes such as the ghost statue can be seen removed from the shadow version. pic.twitter.com/xZyUZ9Dayo

Fortnite leaker FireMonkey has revealed The Agency will receive a Shadow overhaul. The leak shows the logo popping up all over the location whether it’s a logo on the front of the building or flying on a flag.

This is interesting to see because it appears that would mean the Shadow operatives ended up defeating the Ghosts in the season-long battle. Of course, this hasn’t actually appeared in the game as of yet, so it remains to be seen if Epic Games will decide to go through with implementing this.

What Does it Mean? 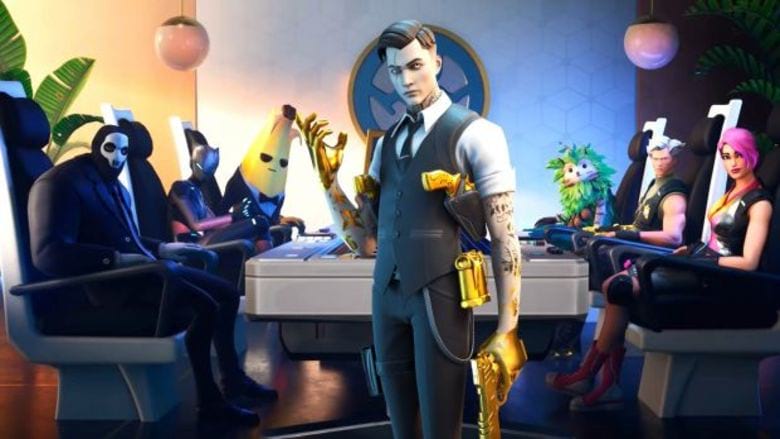 Epic GamesCould changes be coming to The Agency?

For the time being, we shouldn’t look too much into this change since it hasn’t actually happened as of yet.

We’ll likely see some sort of culmination to the Ghost vs. Shadow storyline that has been playing out this season, but it remains to be seen what will come out of all that.

It does appear that the faction warfare will continue into the next season unless things get resolved in a hurry.

There have been complaints about the numbers of NPCs that have shown up this season, but it would be a shame to see them all disappear in a few weeks.

It won’t be much longer until we actually find out what Epic has in store, so stay tuned.

Read More
Fortnite, Gaming News
The Agency could be receiving a visual overhaul in Fortnite v12.60.