Ever since Fortnite Season 3 came out, many of the Reboot Vans across the map are now underwater and presumably unreachable by players.

However, one determined player has found that it’s still possible to use these vans, but you just have to try really hard. Reboot Vans are important because it’s never ideal to have a dead teammate when you could just have a full squad.

Since so many of the reboot vehicles are now underwater, it’s easier said than done, but if you’re in a pinch, replicating what this player does could end up working.

How to Use Underwater Vans

We’d normally say don’t try this at home, but this player has convinced us that everyone should try this method at least once.

Reddit user MayorOfKenja showcased how to pull this off and it involves using a lot of your building materials, but if that’s what it takes to revive a teammate, then it can be justified.

The secret is you need to build a series of stairs and boost your boat into them and get under the water that way. It’s worth mentioning that Fortnite doesn’t actually let you dive underwater, so this method is what you’ll have to do.

If you get deep enough, you’ll be able to hop out of the boat and actually interact with the van to reboot a teammate. You’ll have to make sure the builds will keep you underwater, so make sure something is always above you.

This looks like it’ll be a really hard thing to pull off, but it’s possible as we can see from this video.

Should You Do This? 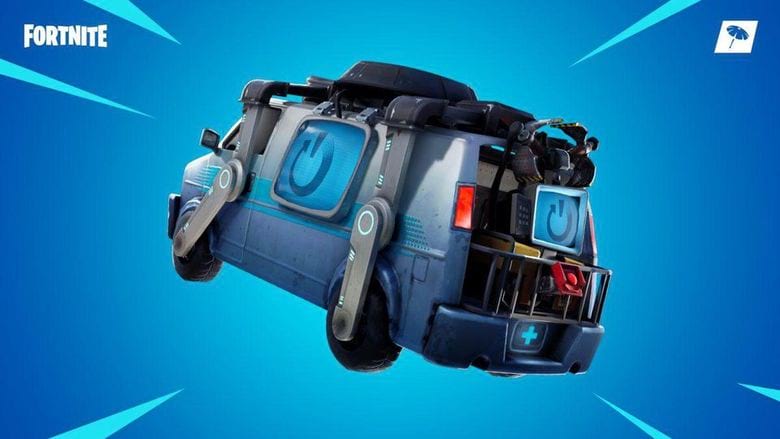 Epic GamesReboot Vans are a handy addition to Fortnite.

At the end of the day, while this might be fun to do for memes, it is far from being a strategy that will be worth doing each and every game.

There are enough Reboot Vans that aren’t underwater where this plan just isn’t all that effective. We’ve seen leaks that show what the map will look like once the water levels drop, so if you want to use some of these flooded vans, you might not have to wait much longer.