Now that Fortnite Season 2 has finished, Deadpool has been ushered out the door and replaced with another superhero.

Marvel has been replaced by DC Comics this time around as everyone’s favorite Atlantean Aquaman joins the Fortnite roster in Season 3.

However, like Deadpool before him, it won’t be as simple as purchasing a skin or progressing through the Battle Pass, but instead, players will have to complete challenges each week for a chance at obtaining this special skin.

Any Aquaman fan out there will no doubt be wanting to do this as soon as possible, but patience is a virtue.

The first week of these challenges are already available, but unlike the early Deadpool challenges, these will require you to actually go into a game and complete an objective.

Luckily, it won’t be very hard. 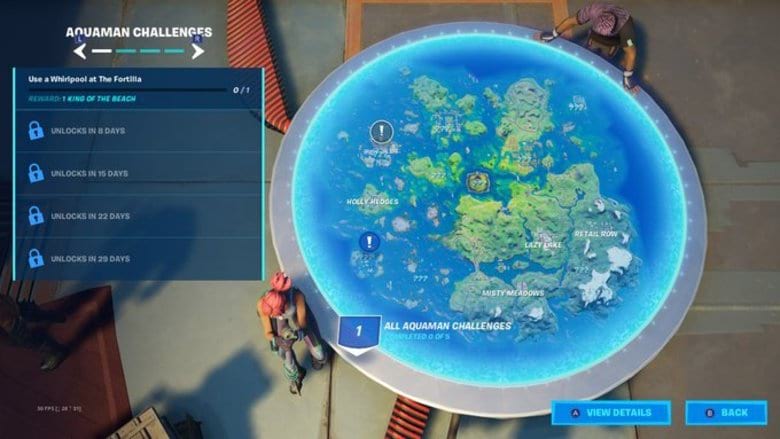 Epic GamesHead to The Portilla.

The first challenge towards unlocking the Aquaman skin will require players to visit The Fortilla, which is one of the new locations that was introduced in Season 3.

Once there, you’ll have to be on the lookout for a whirlpool, which is quite hard to avoid if you’re looking at the water. When you see one, just swim towards it and you’ll knock out this challenge in no time. 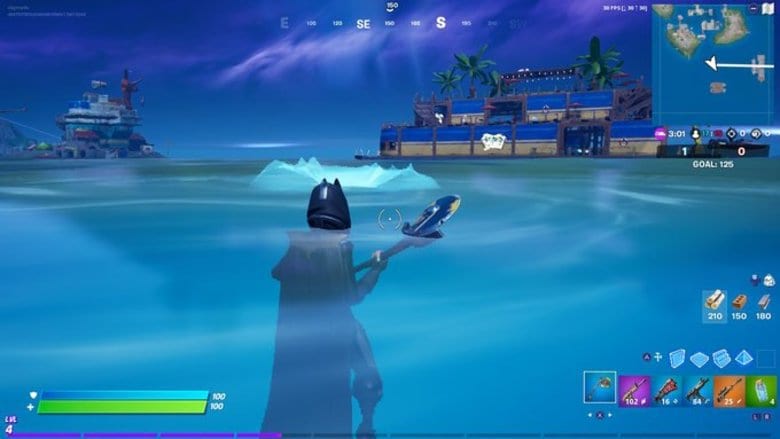 As an added bonus, the whirlpool will launch your character high into the sky and you’ll then be able to deploy your glider and rotate out of the area or reach an otherwise unreachable location.

How to Unlock Aquaman

It’s looking like Aquaman will take a while to unlock as evidenced by the rest of the locked challenges, but considering how cool the cosmetic looks, we’ll be willing to be patient and unlock him when the time arrives.

As long as the challenges stay easy and straightforward, we can’t complain about it too much.