As with the leadup to any season of Fortnite, Epic Games creative director Donald Mustard has teased the start of the new season on his personal Twitter account.

Usually, he’ll either tweet out some strange sounding phrases that would hint at something, but this time around he changed his header to a beach, which could easily be interpreted as Fortnite Season 3 having to do with water.

Without all of the leaks we have now, it might be considered to be a bit of a stretch, but following the accidental icon leak by the PlayStation Store, it seems to be pretty clear cut that his new header is referring to the new season.

For those of you that missed it, the PlayStation Store blunder showed the Fortnite Season 3 banner which revealed the Battle Bus with a tiny island in the middle of an ocean, leading many to believe the map would actually flood. 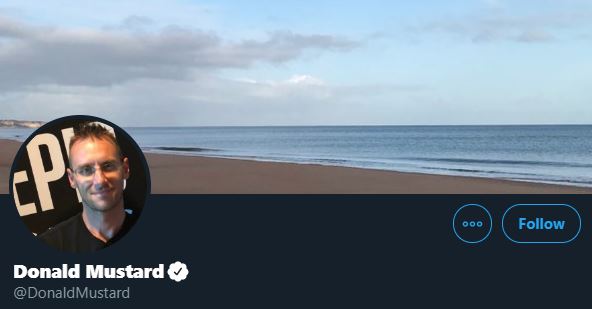 Of course, it’s entirely possible the creative director is just posting a picture of beach because of the warmer weather that’s arriving, but if we know anything from how he’s operated in the past, this is a clear tease.

It’s been a bit of an open secret that the next season was going to revolve around water in some way or another, so seeing his Twitter header become this shouldn’t be too much of a surprise.

The only question that remains is when will this season finally begin.

When is Fortnite Season 3?

Barring any more unfortunate delays, the start time for Season 3 is June 17, meaning it’s a little under two weeks away from the time of this writing.

This means there will be two days of downtime before the start of a new season, indicating things should move along quickly once we get to that point.

At this point, it’s hard to say if this next start date will stay the same, but all we can do is keep our fingers crossed and hope for the best.