As we get closer to the eventual launch of Fortnite Season 3, some leaks have come out that have suggested Epic Games could be going a similar route to something that already did in Chapter 1’s Season 7.

Shortly after the PlayStation Store leaked the Season 3 icon, leaks began to come out that seemingly confirm that the upcoming season will start completely underwater.

As time goes on, the water level will begin to drop and reveal the different locations that were previously covered up. If that type of method sounds familiar to you, it might be because Fortnite and Epic Games have already done something similar in Season 7. 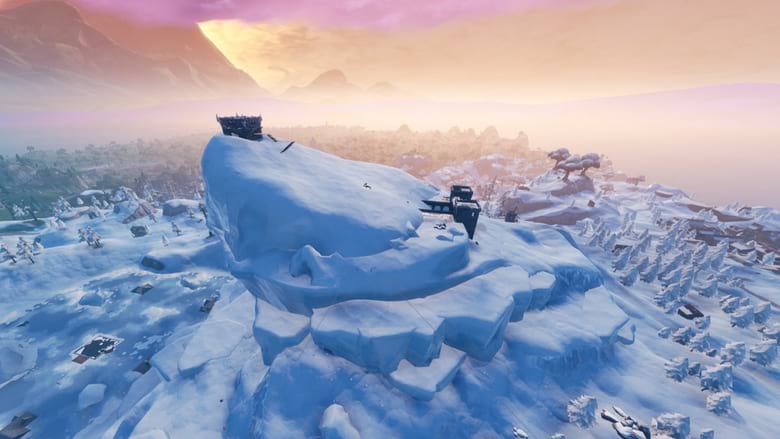 Many people might remember Season 7 as the introduction of Stormwing planes, but other than that, there was an actual interesting story going on.

With the southwest portion of the map being covered in snow, players knew there was something interesting going on there, and there were absolutely correct.

Polar Peak was hiding the secret that was the Ice Castle, which held the Infinity Blade altar and the elusive Ice King.

As the season progressed, more and more of this castle was revealed due to the melting snow and it made for a very interesting season.

How Season 3 Could Work

– As the season progresses, the water will slowly sink. So after a while there will be more and more land to stand on.

– The Flare Gun, which was shown in an advertisement last year, will be in the game starting in Season 3.

Since the leakers and dataminers have said the water level will continue to go down over the course of Season 3, it sounds like things will work the same as they did for Polar Peak, but cover the entire map instead.

If any developer can pull this off, it would be Epic Games, and we know that they are always open to trying out new ideas.

It’s important to note that all of this remains a leak, so we shouldn’t take it as a 100 percent fact as of yet. An entirely underwater season would be very difficult to pull off, but if the developers are going to try it, we imagine they know what they are doing.

The fan reaction to all of this will be very telling as people tend to not like change all that much, and this would be the most radical change we’ve seen in Fortnite to this date.