One of the coolest things about the latest PS4 exclusive Ghost of Tsushima is that if you’re wandering around the beautiful world and start to get spotted by enemies, instead of having to get right into an encounter, you can instead challenge them all to a duel.

This is called a Standoff, and if you play your cards right, you can massively thin the herd before you even enter open combat. These brutal displays will instantly kill an enemy if you time your attack right, and as you progress through the game, you’ll be able to claim more lives with this attack.

By dumping Technique Points into your Standoff skill tree, you’ll be able to kill three enemies during a single encounter, but you’ll notice that still isn’t enough to unlock the “All in the Wrist” trophy, which is awarded to those who kill the maximum amount of enemies possible in a single standoff. Here’s how to do that.

How to Get 5 Standoff Kills 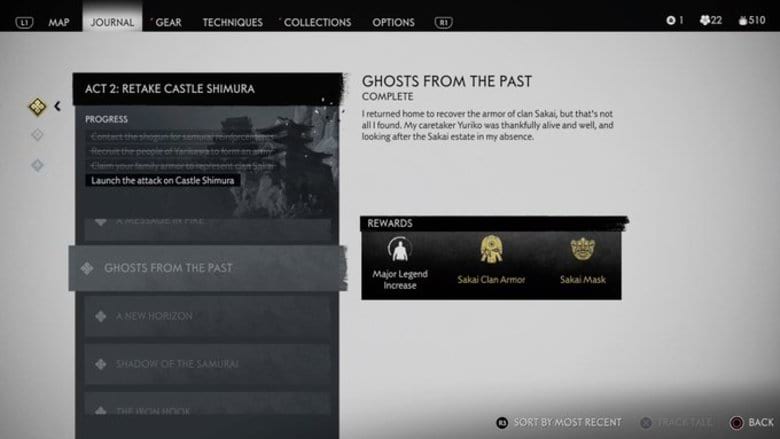 As already mentioned, you’ll have to fully upgrade your Standoff skill tree so you can kill three enemies at once, but the next step is a bit trickier.

Thankfully, you’ll get the tools to unlock this ability just be progressing through the main story.

In Act 2, there is a quest from Jin’s Journey called “Ghosts From The Past” and when you complete that, you’ll be rewarded with the Sakai Clan Armor. Once fully upgraded, you’ll be able to kill an additional two enemies in each standoff, bringing the number up to five.

Now, all you’ll have to do is equip this armor with all of its upgrades in place and ride off until you see a group of five enemies. Challenge the group to a Standoff, make sure you don’t mess up and this trophy will be all yours.

Is the Sakai Clan Armor Good? 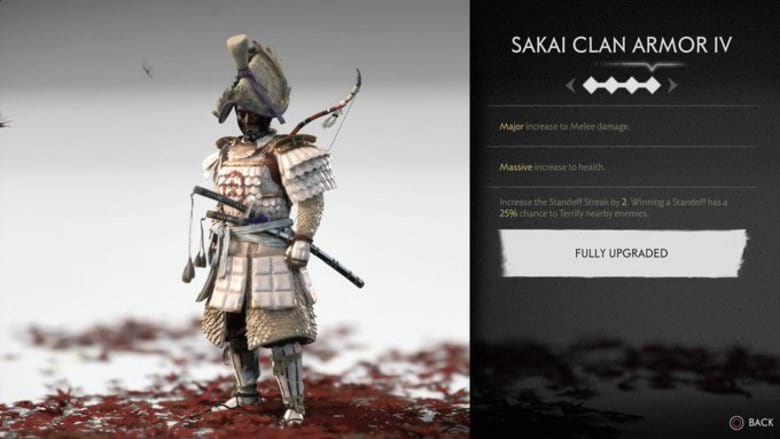 As an added bonus, this armor isn’t half bad either so it’s not like you’re completely wasting materials by putting upgrades into it.

Once it’s at its final stage, it’ll offer a major increase to melee damage, a massive increase to health, and winning Standoffs have a 25 percent chance to terrify enemies.

Of course, it’s not the most visually impressive suit of armor so if you’re a fan of Photo Mode, you might want to look elsewhere. However, if you’re in a fight, there’s not much out there that’s going to be better than this.

Ghost of Tsushima is available now exclusively for PS4.

READ NEXT: How to Upgrade Your Sword in Ghost of Tsushima

Read More
Gaming News, PS4, PS4 Pro
Here's how to kill the maximum number of enemies possible and earn the All in the Wrist trophy in Ghost of Tsushima.