Since Aquaman is the hidden Battle Pass skin of Fortnite Season 3, it makes sense that Epic Games would want to introduce his arch enemy into the mix.

That’s right, according to a new leak, famous Aquaman villain, Black Manta, has been leaked and it sounds like he’ll be getting his very own skin someday in Fortnite.

The villains haven’t really been given the skin treatment in the past, with Harley Quinn and Catwoman being exceptions, but they have begun to teeter more towards the hero side nowadays.

In the same leak, Aquaman’s proposed skin release date has also been revealed.

Big Shop Leak: Black Manta and the Black Manta Blades (Dualies) will be in the Item Shop on the 16th at 14:00 GMT! Aquaman (Secret BP Character) will also be releasing at that time.

According to HYPEX, this is all set to take place on July 16, meaning you still have plenty of time to save up your V-Bucks if you want to scoop up this potentially rare skin.

What this also means is the Aquaman challenges will likely be coming to an end there too, making them much shorter than the Deadpool ones. The Aquaman skin will be free upon completion of the challenges, but you’ll likely have to shell out some V-Bucks for the Black Manta gear. 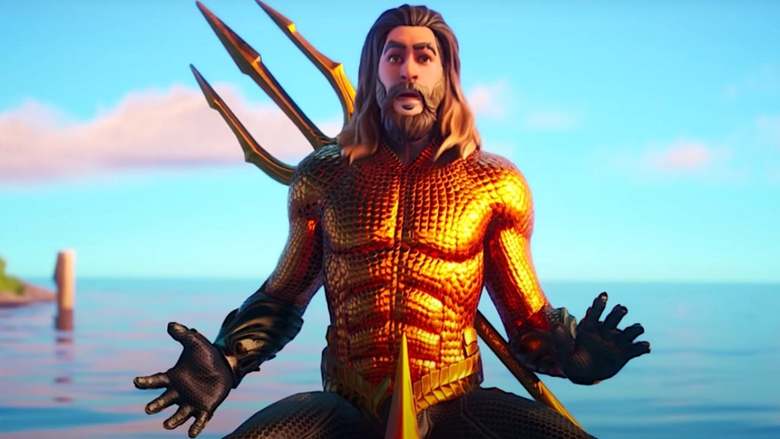 What good would Aquaman and Black Manta be without having Atlantis in the game too?

Well, it doesn’t sound like that will be much of a problem since the Atlantis location has already leaked, but we don’t have a set release date for it.

What would make the most sense is releasing it the same day as these two skins, so let’s see if Epic Games thinks the same thing. For the time being, Atlantis isn’t a confirmed location, so we’ll have to keep our fingers crossed that it’s actually added as a location.

According to leaks, we know when the next water level drop is, so let’s see if that’s when the developers decide to make a move.