There aren’t many locations in Fortnite that have experienced as much as Risky Reels.

This location has come and gone too many times to count, but with the latest water level drop, Risky Reels has made a return yet again, but who knows how long it’ll be sticking around for this time.

What is interesting at this new iteration of the popular location is what’s found in it. Everyone knows that the end of Season 2 saw Midas completely disappear from the game, but there are some parts of Risky Reels that lead up to believe something is still going on with this character. 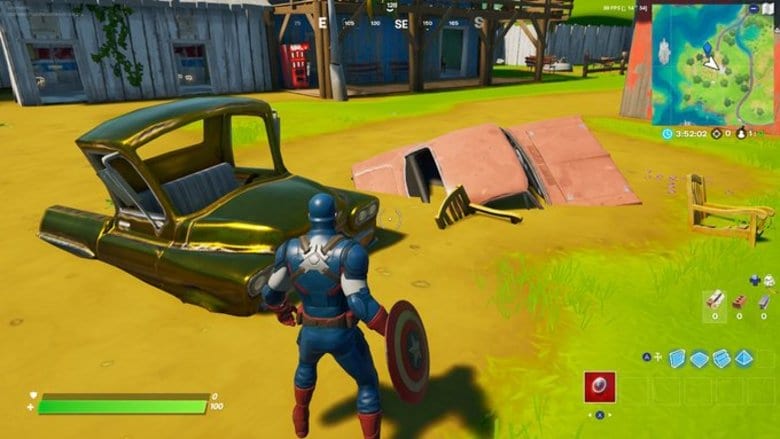 If you head on over to Risky Reels, which can be found west of Frenzy Farm, you can see that some of the cars lying around are actually made out of solid gold.

We don’t really know what this means as of yet, but it will definitely be something that’s interesting to keep an eye on.

Many players have long thought Midas to be dead, but with these gold cars popping up all of the sudden, it seems like all bets are off. There are many theories that hint at Midas surviving into this season, and this is the first time we’ve actually gotten some solid evidence.

Of course, this could mean pretty much anything, including a nod to previous seasons, but if we’ve learned anything from Epic Games over the years, it’s that nothing is ever placed in Fortnite accidentally.

So, Will Midas Return?

There’s no telling what the plan is, but if Midas does indeed return, we’d expect it to happen later in the season when the plot has become more clear.

We still have a while before Season 4 hits, but if Midas plays some type of role in that, we expect Epic to keep it in their back pocket.

There doesn’t appear to be any type of villain so far in Season 3, so Midas’ return would make a lot of sense, but we just don’t how they plan to pull that off. We’ll still be excited no matter what they decide to do.