Everybody who has played Fortnite for several seasons now knows how exciting it is to get a new skin, especially when it’s something that is rare and you’re the only one out of your friend group that has it.

Over the years Fortnite has been out, Epic has only gotten better and better with their designs, and they’ve even sprinkled in some well-known names like Deadpool, Aquaman, Batman, and several more.

As part of the Summer Splash event, Epic is not only rotating in a selection of fan-favorite LTMs from the past, but they’re also introducing a plethora of new skins into the mix, and there are many options to choose from.

Of course, you can’t buy them all unless you have a bottomless income, so you’ll have to choose your skins wisely. The Summer Legends bundle isn’t a bad idea if you want three skins to add to your locker, but that’ll cost you a pretty penny. 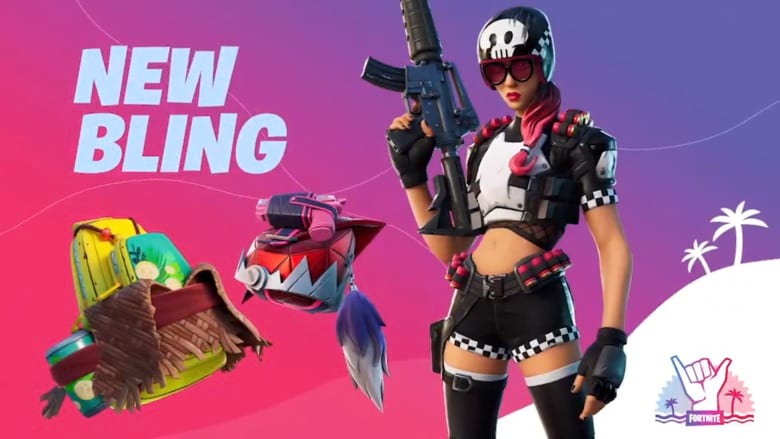 In a trailer for the Fortnite Summer Legends bundle, Epic showcased the new skins that would be arriving as part of that set, but it turns out that they snuck in some surprises.

Many fans quickly pointed out that a skin that we’ve never seen before made an appearance in the trailer. Of course, that cosmetic in question is the Skater Girl skin.

Summer is still going strong with the Fortnite Summer Splash 🌊

Put on some shades and take a tropical trip to an a-peeling destination with the Summer Legends Pack!

Of course, this doesn’t really mean a whole lot in the grand scheme of skins, unless you’re somebody that is excited about getting their hands on this cosmetic.

We don’t yet have a release date for the Skater Girl cosmetic or a price for that matter, but you can rest assured that it’ll all be revealed soon enough.

The reaction to the tweet alone shows there is a lot of excitement for the skin for whatever reason, so this might be a very popular one that everyone will be sporting in the pregame lobbies.

Be on the lookout for when it officially drops into the item shop.

READ NEXT: How to Counter Fortnite Crash Pad Rushes