A new set of challenges is available now in Fortnite, which means there are plenty of new ways for players to level up their Battle Pass.

We’re officially at the halfway mark of Season 3, which means there’s still plenty of time to knock out the remainder of the challenges that you’re behind on, but you don’t want to wait too long or it’ll be quite stressful to catch up.

One of this week’s challenges asks players to catch a weapon at Stack Shack, which can be quite difficult to do if you don’t know exactly where to go.

First things first, you’ll want to make sure you have a fishing rod handy since you’ll have to catch a weapon in the water here. Once that’s figured out, you can make your way to the Stack Shack. 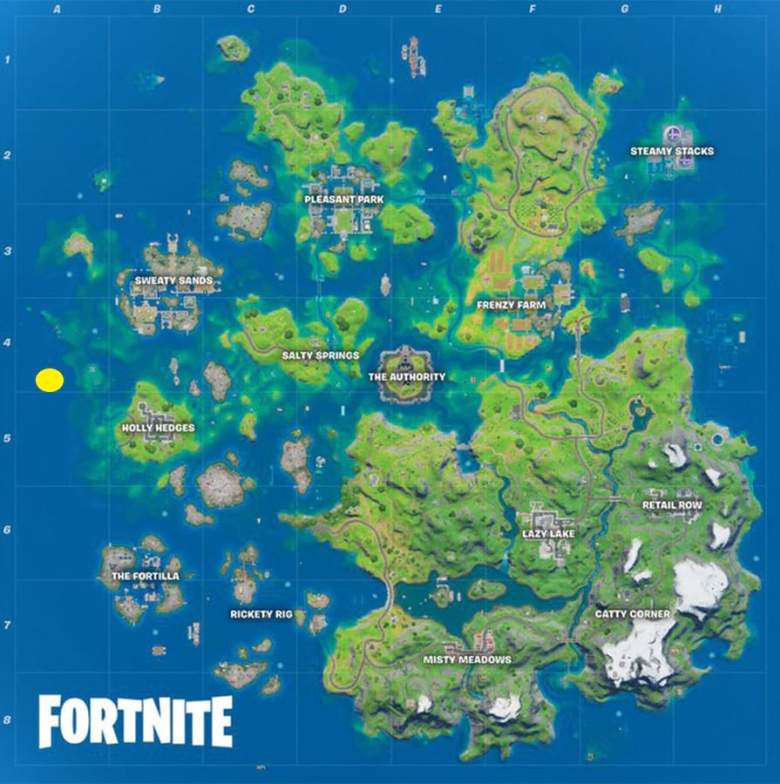 As it turns out, the Stack Shack isn’t actually a named location on the Fortnite map, so you’ll have to randomly stumble across it to know where it is.

Of course, if you’re here, then you just want to land at this spot and get the challenge out of the way.

The location can be found to the west side of the map, a little bit off the coast of Holly Hedges. If you look at the A4 quadrant, you can find this shack there, just a little bit before you cross over into the A5 section.

You have to be on the lookout for a tiny island, and if you’re marking your drop spot ahead of time, you should be able to find this before getting into the Battle Bus.

Keep in mind that this is part of a new challenge, so you’re bound to run into some opposition here, so just know that you could be eliminated while completing this objective. It could take a few matches, but it shouldn’t be too hard to complete.

READ NEXT: How to Complete Coral Buddies Stone Age Quest in Fortnite