Fans of today’s current gamut of fighting games can now rejoice thanks to the announcements made during the Japan Fighting Games Publishers Roundtable.

Bandai Namco happened to be one of the many publishers/developers that participated during that exciting live stream. Katsuhiro Harada and Michael Murray, the two individuals people associate most with Tekken 7’s continued development, were present for this unique event’s lively discussion. Once it finally wrapped up, major announcements for a whole bunch of ongoing fighting games were delivered. One of the biggest reveals came in the form of a Season 4 announcement for Tekken 7. New moves for each character, online play enhancements, and brand new characters are all set to arrive in Fall 2020. The tease that came at the end of Season 4 reveal trailer possibly hinted at the return of fan-favorite Kunimitsu, which is a plus.

The other notable fighting game from Bandai Namco that debuted new footage was Soulcalibur VI. Season Pass 2’s next DLC character is the returning femme fetale Setsuka from Soulcalibur III. She’ll be available for download starting on August 4, 2020. Along with her addition to the roster, Soulcalibur VI will also feature her classic costume, a new stage, several new gameplay/character balances, a variety of new parts (including some from Tekken!) Another cool new option that’s coming to the game is a feature that will allow players to turn off character gear degradation, which means everyone’s custom costumes will stay intact no matter how much damage they endure. Bandai Namco’s hype 2D fighter Dragon Ball FighterZ is prepared to reveal something new in August 2020.

In non-Bandai Namco fighting game-related news, two new characters were showcased the upcoming Guilty Gear Strive – the returning Leo Whitefang and the debuting Nagoriyuki. Leo retains all of his previous moves and even brings a new slam of some kind with him to the fray, while Nagoriyuki employs his massive samurai blade to cut wide swaths of punishment into the opposition. Guilty Gear Strive was also revealed to be coming to PS5 and PC, plus its next big announcement will arrive sometime in October 2020. As for SNK’s Samurai Shodown, another season of five new characters is now on the horizon. 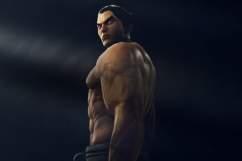 Tekken 7: The Characters That Should Join the Fight in Season 4 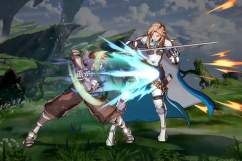 All Upcoming Fighting Games of 2020