The end of a season in Fortnite is usually a very exciting time as it signals the start of something new, and Epic Games will usually have some massive season-ending event planned for players to experience.

Something Fortnite has come to be known for over the years is their live events which will usually result in some massive change for the game going forward. These events are often some of the most-watched events on Twitch at the time and will always drum up a bunch of excitement.

While we still don’t know what to expect from Epic going forward, there is something called “Hightower” and it’s possible this could end up being the season-ending event. Let’s take a look at what we know about it so far from leaks.

The "Hightower" event will leave markings on the map that look like this: pic.twitter.com/xUvOyKBRBN

Fortnite leaker FireMonkey posted an image on August 5, the day of the Joy Ride update, and said the Hightower event will leave markings on the ground.

What’s interesting is that we might’ve already gotten a taste of this with the introduction of Captain America. Many players thought the Marvel hero arrived via Thor’s bifrost, but maybe it was actually through this. 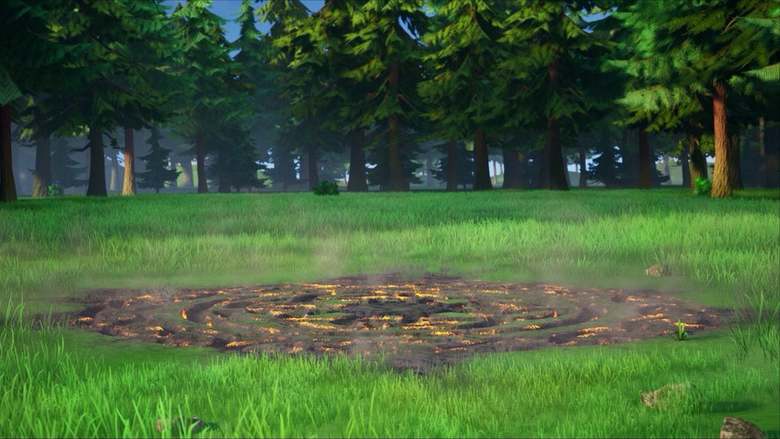 Epic GamesWas this the bifrost?

It’s obviously tough to tell for sure based on that screenshot alone, but it’s hard to deny that the two things look pretty similar.

Fortnite leaker FortTory posted an image of what these symbols will look like in the game, but this will not be exactly where they’ll be showing up.

[keep in mind that this is not the actual location where these will be, we had to use this location to get it in-game] pic.twitter.com/768uoXFoCM

Outside of that image, there’s also a bit more that leaked about this potential event.

What Else is There?

On top of the leaked image, possible sounds from this event have also surfaced, but there’s also a tidbit of audio, but it raises more questions than answers if we’re being honest.

Take a listen for yourself and see what you can find out.

There will likely be more information that comes out as we progress towards the end of Season 3, but there’s definitely a lot to unpack so far.

We’ll likely see some hints come out in-game over the next weeks as Epic usually likes to tease their events. Only time will tell, though.

READ NEXT: All Songs That Play on Car Radios in Fortnite