In the leadup to Fortnite Season 4, Epic Games teamed up with Marvel to create an original story found in the pages of a comic book.

That story is available to read free of charge right here and was written by superstar writer Donny Cates, currently best-known for his runs on Venom and now Thor.

Marvel will be cross-promoting Fortnite with their physical comics by adding a plethora of variant comics that will feature characters from the battle royale.

This type of crossover has the chance to breathe new life into the comics industry by getting on the back of one of the largest games in the world. While this might end up being nothing, there’s actually something very interesting on the cover of Venom.

It’s interesting to note that all of the covers shown so far feature characters that have skins in the game, with the exception of Venom.

Not only is Venom getting his own cover, but it’s also showing heroes like Daredevil, Blade and Ghost Rider on the cover. 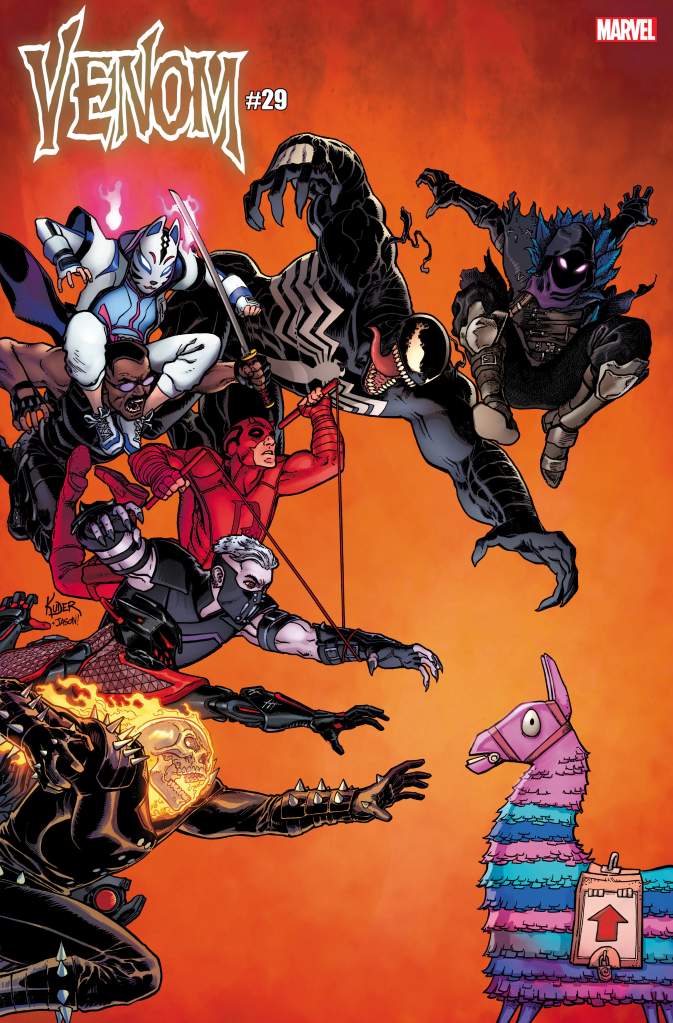 This is far from a confirmation of anything, but it interesting to see all of these characters interact with Fortnite characters without being featured in the actual.

We do know there are a lot of characters still on the way, considering both Spider-Man and Black Panther have been hinted at through leaks and in-game achievements.

When Can We Expect It?

For the time being, all of this just remains speculation as the Fortnite Marvel roster is already quite large, but we know that there’s still room to grow.

Nothing has been said about any of these heroes coming to the game from leakers as of yet, but that doesn’t mean it’s impossible.

There’s still a lot of time left in Fortnite Season 4, so if they are going to add even more Marvel skins in the future, there’s plenty of time to do so.