Beginning on August 1, the spaceship that was previously hidden underneath the water in Fortnite has been revealed and players are able to find and interact with it.

On the surface, it just seems like another hint at the future of Fortnite, potentially indicating a space theme in Season 4, but there’s actually a set of challenges that come with it.

Of course, these challenges have previously leaked so we knew they were coming, but we just didn’t know they’d be secret like the Coral Buddies quests.

Upon landing at the ship, there will be a series of objectives to complete to get it off the ground and into the air.

Luckily, this isn’t all that hard to complete. Here’s a look at everything you’ll have to do.

Where to Find Missing Parts 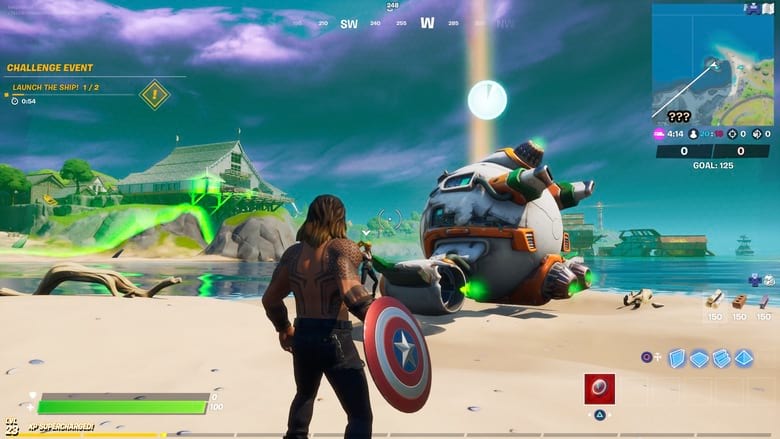 First things first, you’ll have to land at the beach where the ship is located, which can be found at the northern tip of the map just above Craggy Cliffs and a little to the right.

If you hop into a Team Rumble match, this challenge will become infinitely easier, so that’s what we’d recommend here. If you’re lucky, many players on your team will be here to complete this challenge.

When you land next to the ship, interact with it and it’ll start a launch sequence that will require you to collect the three ship parts.

You’ll be on a timer here, so you have to move fast. If you’re in Team Rumble, you start with some building materials already, so things are already a bit easier.

These three parts are all in close proximity to the ship and shouldn’t take any time to locate. All you’ll have to do is look around from the ship and head towards the bright green lights. 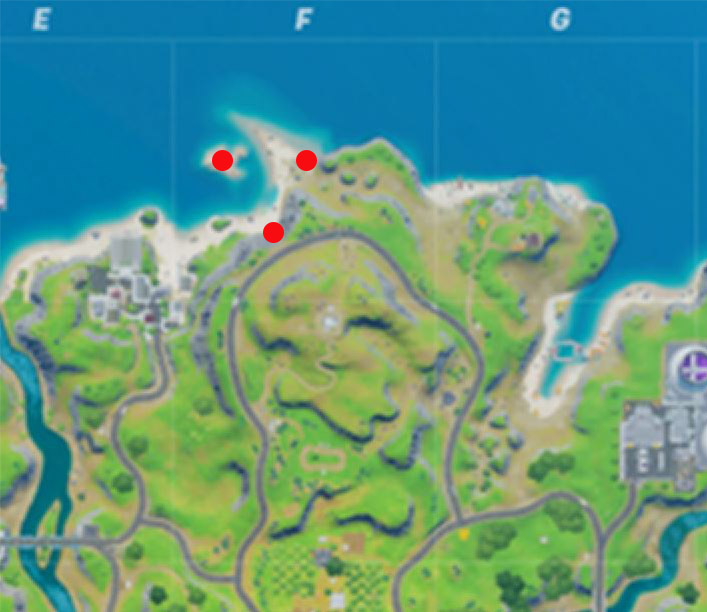 Epic GamesMake sure you get those parts!

If you’re in Team Rumble, your team can track down your parts for you while you sit around and do nothing, so if you’re more on the lazy side, you might want to keep that in mind.

When the in-game timer runs out on the event, the ship will take off whether you finished adding the parts in or not.

If this does happen, you’ll still get to see it zip away, but you won’t actually get any experience for it, so you’ll have to try it again.

Thankfully, whatever parts you were able to collect but not install in time will still carry over to your next match, so if you were just one part shy but it’s in your inventory, all you’ll have to do is visit the ship and install it.

Once all the parts are collected and the ship is fully repaired, you’ll be able to watch it take off and get rewarded with a heaping bundle of experience.

A bunch of rift zones will appear around the ship as well as a Legendary Chest to thank you for what you’ve done. As for what this actually means for the rest of the season, we’re just as confused as the rest of you.

READ NEXT: Where to Find Balls of Yarn at Catty Corner in Fortnite