We’re in the final stretch of Fortnite Season 3, but that doesn’t mean Epic is done handing out some easy experience for us.

There’s still one more week of challenges and there’s a hidden challenge for players to complete if they know where to look.

Earlier this season, a spaceship crashed onto the island and we had to go through the process of repairing it and letting the strange visitor blast away into space.

Now, the ship has returned, but strangely, it’s actually empty. This is likely where the name “Astro-Not” comes into play, and it leads us to wonder if this is actually a hint to how the rest of the season will play out.

Nevertheless, there’s a decent amount of XP up for grabs, so let’s take a look at where to find this ship and knock this challenge out.

Where to Find the Spaceship 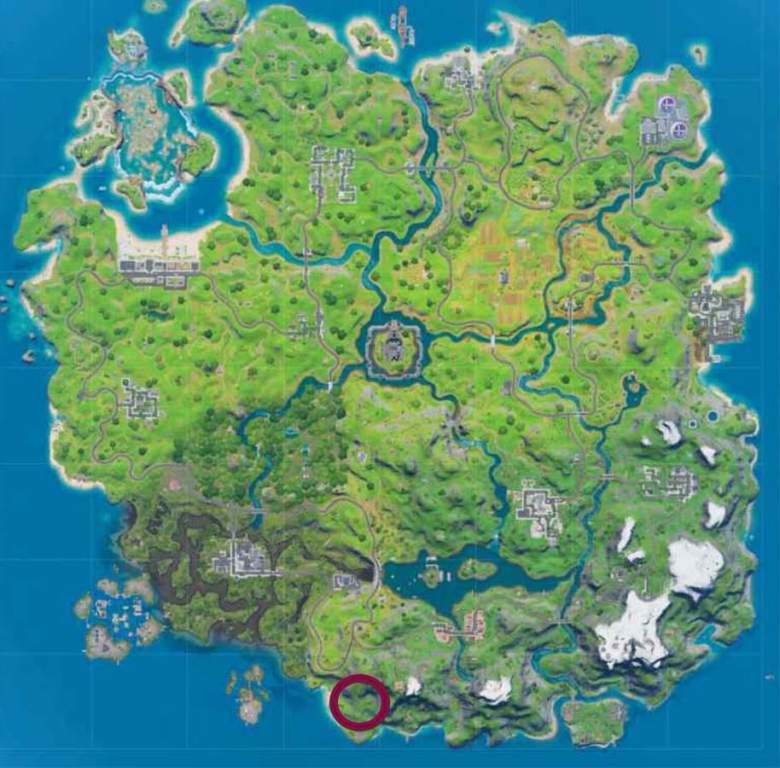 The spaceship itself can actually be pretty difficult to track down since it’s not even at a named location.

However, it’s not really too much of a hassle to find it as all you’ll need to do is head over to the far south end of the map.

If you’re gliding in off the bus, be on the lookout for ship tucked away near some cliffs and land there.

How to Complete the Challenge

This is definitely one of the simplest challenges we’ve seen so far this season as all you’ll have to do is walk up to it.

Once you do this, you’ll be rewarded with the experience and you’re all done. You may try to actually get into the ship itself, but you’ll find that it’s impossible.

Since it is opened up and empty, it’s possible whoever was inside could be out exploring the island somewhere. It’ll be interesting to see how this ties into the plot going forward.

We’d be surprised if this is actually meaningless because this is now the second time we’ve seen the ship land on the island, fueling the space theme rumors even more.