Marvel’s Avengers has been in extreme hype mode as of late.

The development team behind this playable comic book epic has been generous with details via War Table streaming events. Thus far, we’ve gotten a closer look at the game’s main protagonists/villains, the combat mechanics, the overall main campaign side mission structure, upcoming DLC characters, and so much more. Thanks to the good folks at Square Enix, I was able to experience all of those things for myself via an early access play period for the public beta slated for PS4 pre-order recipients on August 7, 2020.

After spending countless hours wreaking havoc amongst plenty of baddies, I’ve returned from my heroic journey with a lot to say about Marvel’s Avengers.

Pro #1: Every Character is Incredibly Fun to Play As 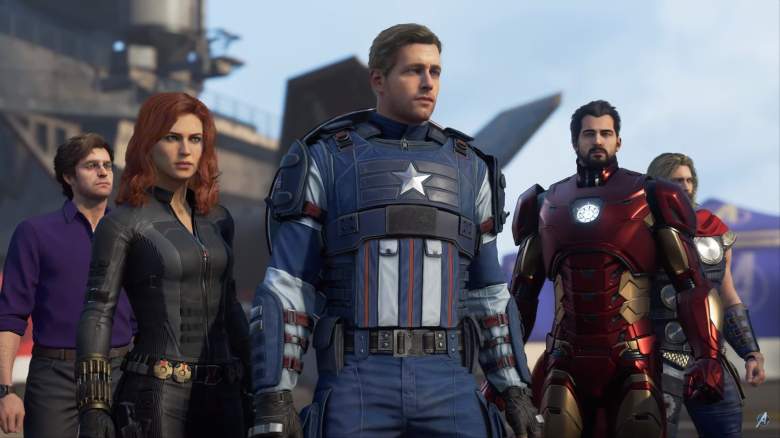 So the beta gives you access to four members of Marvel’s Avengers starting cast – Ms. Marvel, Hulk, Iron Man, and Black Widow. But the opening mission that kicks off the events that break the Avengers apart also puts the amazing powers of Thor and Captain America in your hands. One thing I’ve definitely got to commend this game on is its sense of weight and impactful feel when it comes to combat. Thor and Hulk hit like the brick houses you’d expect them to be, Ms. Marvel is a stretchy limbed combatant, Iron Man’s Repulsor blasts and armored punches look awesome in action, and Black Widow dishes out damage with slick melee skils and double pistols. Pulling off perfect counters feels so satisfying when you’re able to follow up everyone’s attacks with sweeping specials that take out multiple foes. 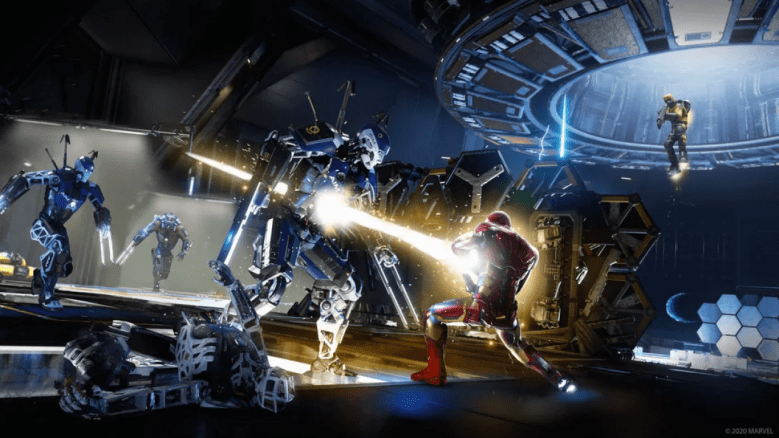 As you acquire skill points and unlock new abilities for each hero, you’ll begin to notice the wealth of cool combat options each character can utilize. Black Widow, for instance, ended up becoming my favorite character thus far due to her evolving moveset. She has access to some flashy ground combos that incorporate the use of charging an attack, sprinting, countering, and dodging. Her mid-air kick is a favorite of mine, as well as her Full-Auto Shot ranged special.

Black Widow’s fun factor raises exponentially when you bring in the big guns, which come in the form of her three main abilities – Power Surge (her Ultimate Heroic Ability), Widow’s Strike (her Assault Heroic Ability), and Veil of Shadows (Support Heroic Ability). Everyone has access to those three types of Heroic Abilities, such as Iron Man being able to hop into his Hulkbuster Armor and Hulk gaining the power to let loose a thunderclap with his bare hands. There’s a ton of fun to be had from mastering the in’s and out’s of this game’s surprisingly deep combat mechanics.

Pro #2: Equpping New Pieces of Gear is an Easy Process 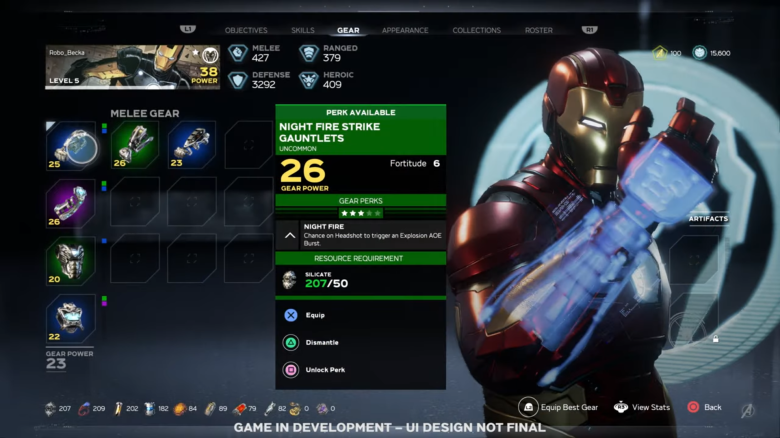 As you explore each locale a mission places you within, you’ll come upon chests packed with different pieces of gear for your current character. Gear also comes to you for your successful completion of whatever mission you hop into. Like most games that are loot heavy, it can become a bit overwhelming when it comes time to choose between which ones you’d like to attach to your chosen hero/heroine. Marvel’s Avengers makes this process less of a headache with one simple option – equipping the best gear just by holding onto a shoulder trigger button for a quick second. That and the ability to break down pieces of armor to acquire the item needed to max out your equipped gear pieces are simply a blessing.

The gear doesn’t visually appear on your characters, but the many cosmetics you acquire certainly do. It’s clear that Marvel’s Avengers will primarily rely on selling alternate costumes in the form of microtransactions. And judging by the attires I’ve seen for each character thus far, I’m not going to have any issue copping a bunch of them with some real-world bucks. There are plenty of sweet outfits to peruse through and eventually purchase once the comic book nerd inside you pushes you to do so. “Palm Springs” Hulk, “Fear Itself” Black Widow, and “Chroma Lux” Iron Man already stand out as my definite favorites. While we’re on the topic of collectibles, the comic book covers you can unlock are also a nice touch.

Pro #3: The Challenge Card System Gives You a Fun Way to Unlock All Sorts of Goodies for Each Character 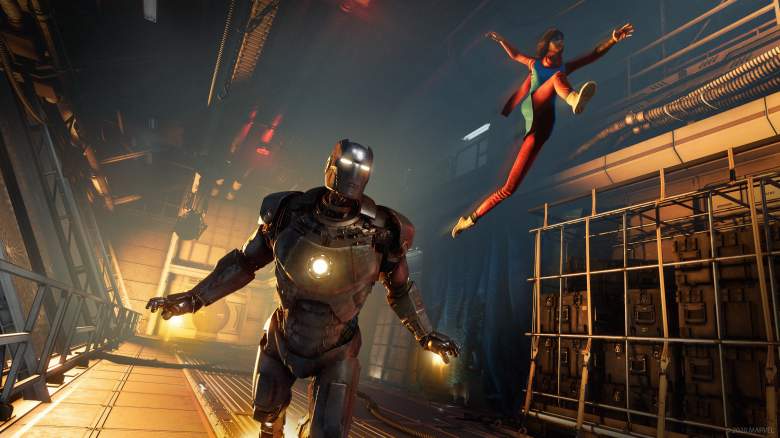 Marvel’s Avengers doesn’t force you to obtain costumes through the marketplace only – the game employs a Challenge Card system for each character that awards you with different unlockables as you reach new levels. Two Daily and two Weekly missions for each character are put into place for you so that you can earn the Challenge Points that go towards leveling up your Challenge Card. This system pretty much gives you a reason to check in regularly to complete daily/weekly missions so you can get your hands on new nameplates, resources, credits & units currency, and rare outfits. 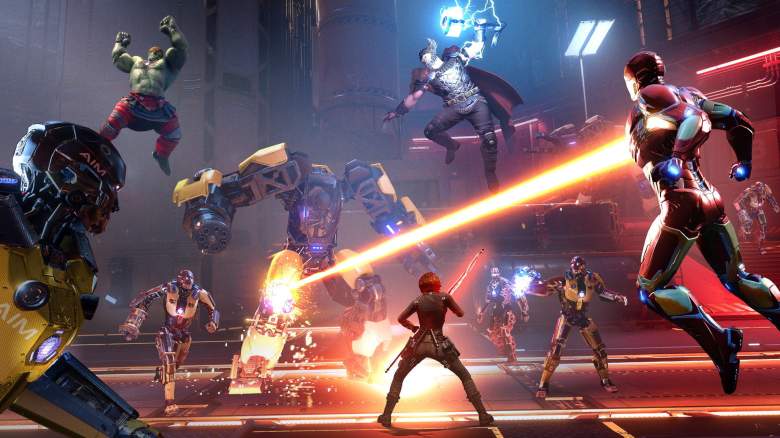 So the beta lets you hop into a few main campaign missions, HARM training module challenges, and multiplayer Warzone missions. Most of these missions task you with making your way to certain points on the map to eliminate powerful enemies and moving on to your next primary location. There are instances in which you’ll get dropped onto a wider map, which pushes you to go exploring and discover chests full of worthwhile goodies.

These types of locales are much more interesting and give you a better sense of how each hero can quickly maneuver around the in-game world. Taking huge leaps with Hulk or boosting through the air as Iron Man feels amazing during these types of mission setups. Speaking of mission setups, there are longer ones and simplified bite-sized ones. So you can choose to take on some major missions for a whole day or participate in some simple enemy elimination missions if you’re looking for a quick pick me up. 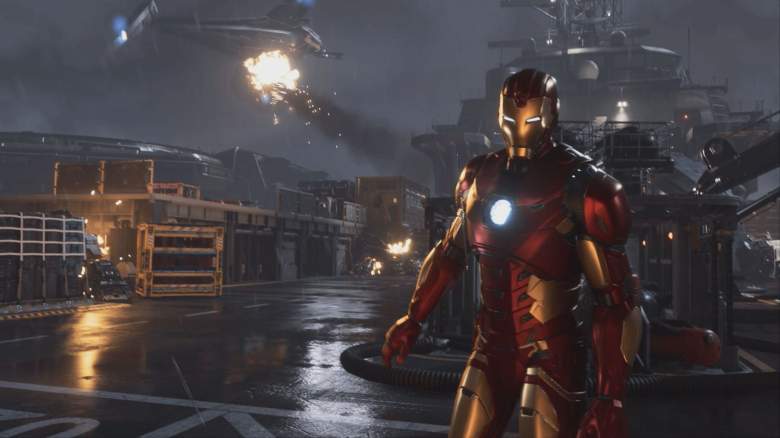 Of course, you’re going to be doing a whole lot of smashing and bashing during each mission type. And thankfully, taking down the opposition with your superhero friends in tow is a blast. The AI actually handles themselves pretty well during battle and exploration, but the true fun of this game lies within the co-op features utilized during Warzone missions. Chaos ensues when you and your online buddies unleash pure destruction on whatever attempts to cross your path. And that chaos is always so satisfying to dish out and witness in action. Linking up with your friends to assault a massive AIM robot when it’s weak spot is visible is a perfect example of that type of onscreen madness.

Missions mainly focus on beating up waves of enemies, but you’ll be given other types of objectives to complete from time to time. You’ll be asked to control capture points in order to hack an enemy mainframe, for instance. Working together with your friends to keep a slew of enemies at bay while you focus on gaining control of each capture point changes things up for the better. The boss encounters featured in the beta are entertaining in their own right as well, which gives me hope for who else might pop up from the Avengers’ rouges gallery in the full game. 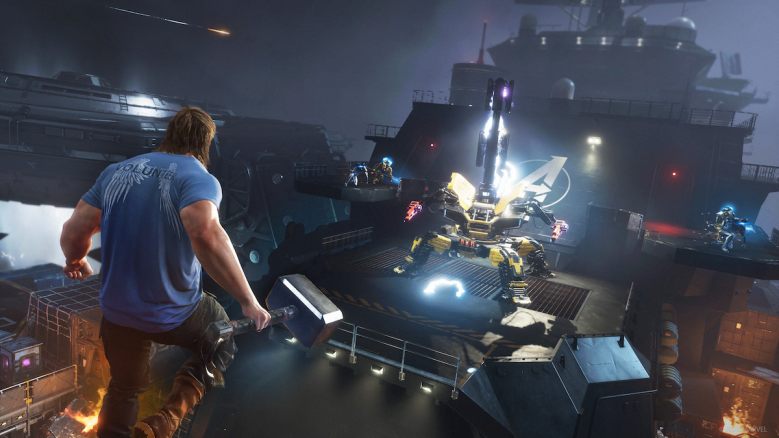 One thing I clearly noticed during this beta is just how repetitive some of the missions’ environments can be. Spawning within a hallway full of AIM robots placed within glass statue cells becomes an all too familiar sight over time. You’ll go exploring during missions that place you into a frozen tundra area and locales filled with rocky terrain.

But many of the Warzone missions quickly grow tiresome to explore within since you’ll be placed in a lab area you’ll have eventually played through countless times already. Here’s hoping that the full game gives you a wider variety of locations to wreak havoc in and explore. The latest trailers showcased a beautiful evening city area that allows for more ground and air maneuvering, so that hope of mine has a high chance of being fulfilled.

Con #2: The Music is a Bit Bland and Uninspired 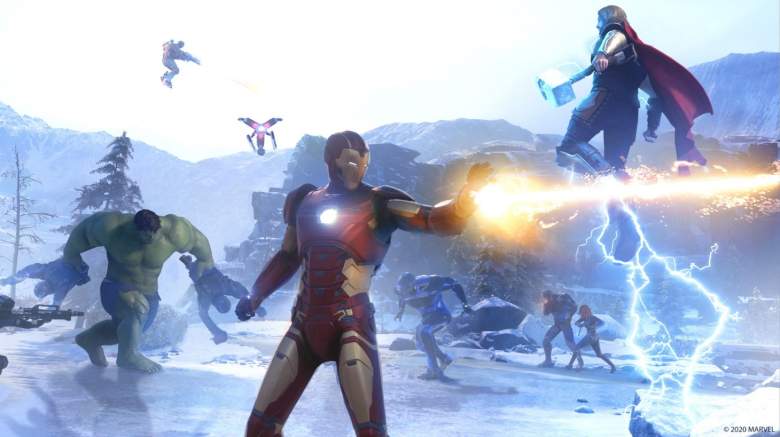 Superhero games tend to feature orchestral musical arrangements that get you all prepped and ready to save the world. But the music I came across in the beta falls flat and doesn’t hit the same highs as the music featured in the Marvel Cinematic Universe. You’ll barely notice the music that plays out during the time you spend waiting for missions to queue up in the War Room and the tunes that kick in during the game’s more action-packed sequences. I get the feeling that Marvel’s Avengers OST won’t be all that memorable when all is said and done… 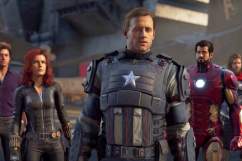 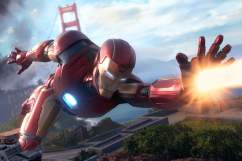 How to Play in Marvel’s Avengers Beta on PS4, Xbox One & PC