While the majority of Marvel’s Avengers will be operating out of the Helicarrier as its main hub, there’s actually another location you’ll have to visit if you want to pick up all of your daily faction quests.

If you’ve progressed through the campaign until the end, you’ll remember a location called the Ant Hill where you were able to collect your Inhuman faction quests. However, the game never really makes it clear on how to return to this area again.

Getting back to the Helicarrier is never an issue, but finding the Ant Hill again can become quite a nuisance if you don’t know where to look.

How to Go Back to Ant Hill 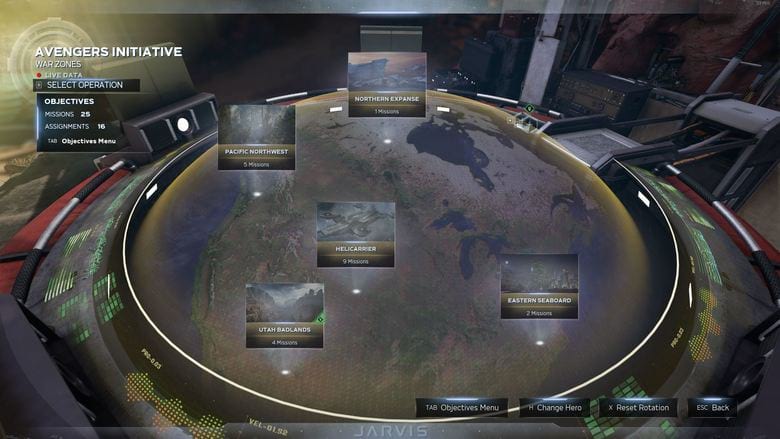 If you ever found yourself away from an outpost, you could always rely on the Helicarrier being easy to get back to since it’s explicitly named on the map.

However, the Ant Hill isn’t so simple as there’s not an entire destination named after it. Instead, you’ll have to click on the Utah Badlands, and on that screen, you’ll see an option to travel to the outpost, which will take you into the Ant Hill.

It’s not necessarily the most intuitive way to travel, but it’ll be hard to forget once you do this a few times.

From here, you’ll be able to visit the various vendors, pick up your Inhuman challenges, and even launch more missions for the War Table.

One big benefit of this area is that it’s much smaller than the Helicarrier is, meaning there will be a lot less walking around than compared to other areas. You move pretty slow while in a social area, so it’s nice to have everything closer together.

There’s a growing fan theory that the Gear Vendor, Roy, could eventually turn into Ultron, so you can check him out here as well.

Marvel’s Avengers is out now for PS4, Xbox One and PC.