One of the biggest parts of Fortnite Season 4 is the ability to customize your very own superhero.

It’s no surprise by now that this season of Fortnite features a heavy Marvel theme, meaning we’ve seen a variety of familiar faces make the leap over. While many players have been having a blast playing as Thor and She-Hulk, something that could make things even more interesting is creating your own hero.

If you remember back towards the beginning of Chapter 2, there was a character named Maya who you were able to build yourself provided you leveled up and completed certain challenges. This trend continued with the buildable umbrella, and now the trend has continued to Season 4.

Here’s how you can customize your own hero and separate yourself from the competition.

Be Your Own Hero 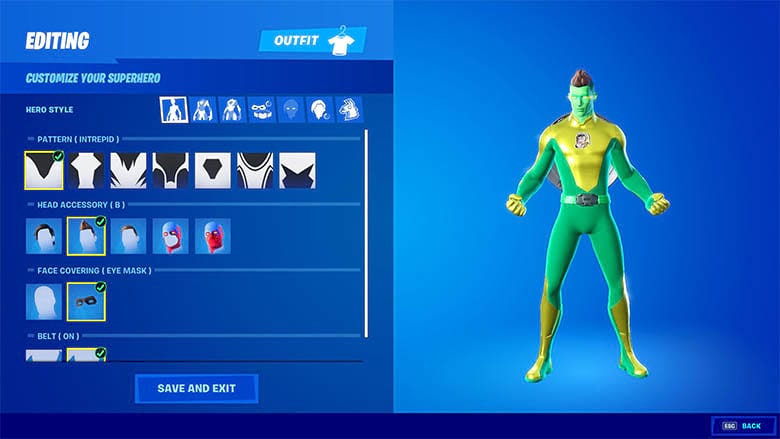 First thing’s first, you’ll need to head on over to the item shop and pick up the option to make a hero there.

The bundle is available for 1,800 V-Bucks, which means you’ll need to shell out some money, but there’s actually a lot of value here. There are many different ways to customize your hero, so you’re technically getting a lot more than just one skin with this purchase.

You can pretty much go in any direction you’d like with your character as you’re given many options upon purchasing the skin. You’ll notice that logging into the game will give you seven different cosmetics to put on your character.

Now, you’ll have to choose between the male and female models, along with the five different styles they have.

Pave Your Own Path 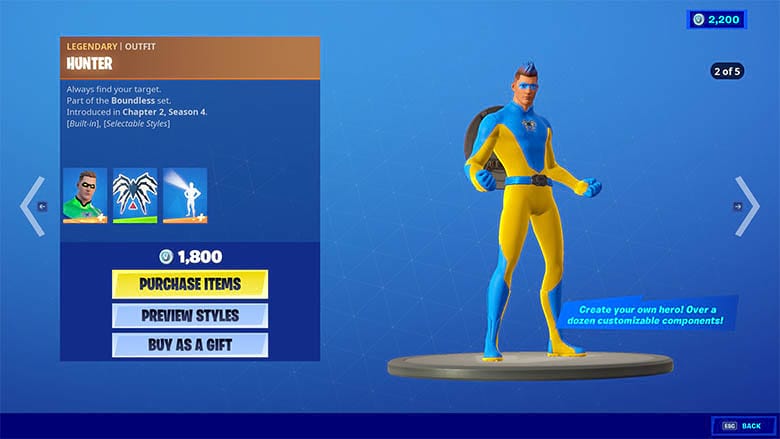 Epic GamesThere are many choices.

You’re able to customize your character’s skin color, hair color and style, whether they wear a mask or not, and you can even put certain designs on the outfit yourself.

Even your suit’s pattern can be changed up, so there’s actually a lot of depth here, and if you’re getting bored of your current look, you can just mix it up with something new.

Depending on how creative you get, you can most likely expect to never run into another player who has the same design as you, which is pretty cool.

If this sounds exciting to you, you won’t want to waste any time in picking up this special bundle from the store.

READ NEXT: Where to Find Wolverine’s Trophy in Dirty Docks in Fortnite

Read More
Fortnite, Gaming News
You can now build your own superhero in Fortnite.