Epic Games is finally set to bring Rocket League over to the Epic Store, meaning it will no longer be downloadable on Steam.

On top of this, the game is also transitioning into a free-to-play title. To celebrate this occasion, Epic is hosting the Llama Rama, which will be a crossover between Fortnite and Rocket League, and players will be able to earn special in-game rewards for each game.

It hasn’t yet been announced what Fortnite players are able to earn, but since cars are now in the game, it’s possible we could unlocking some sort of cosmetic for them. Here’s what we know so far.

We’ll have more info to share next week. pic.twitter.com/FeATrAd8j4

Rocket League goes free-to-play on September 23, so the following weekend will be the start of the Llama Rama event.

To kick things off, Epic will be offering everybody a free $10 on the Epic Games Store to everybody who downloads Rocket League. This offer runs from September 23 to October 23. It will apply to qualifying games and add-ons that cost $14.99 and up, but it will not apply to any pre-purchases. 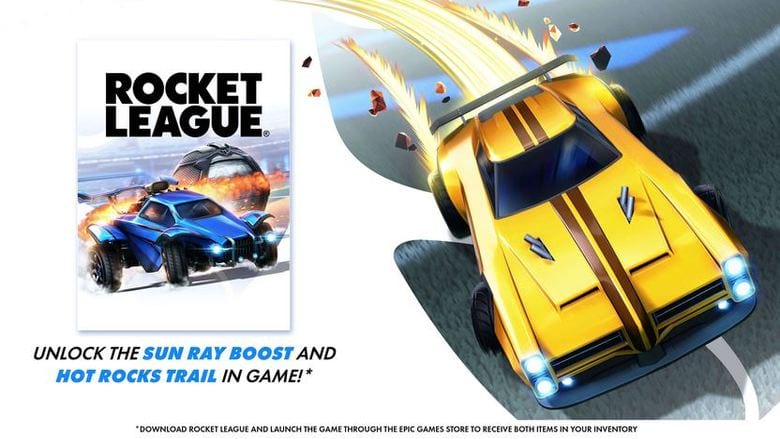 Epic  GamesMake sure you link your accounts together.

On top of that, anybody who logs into Rocket League with an Epic Games account will also received the Sun Ray Boost and Hot Rocks Trail for free in the game.

Of course, this is all good news to Rocket League players, but what about Fortnite?

Fortnite players sound like they’ll have to wait until next week to find out what’s coming for them.

Stay tuned next week to find out exactly what the developers have in store!

READ NEXT: Marvel Fortnitemares Event Could Be a Possibility