Mobility is the name of the game in Fortnite Season 4 as Epic Games introduced a variety of ways to get around the island.

Whether you’re in a car, Choppa, or boat, there are numerous opportunities to avoid being stuck in the storm with nowhere to go.

On top of the vehicles, there are also some different foods you can eat like hot peppers and spicy fish. Both of these options will greatly increase your running speed, but did you know they actually stack and you can just zip around the map by eating both?

One Fortnite player went and did some research, proving how much faster you can go by eating just one, or even two of these foods.

How to run MUCH faster than with regular peppers from FortniteCompetitive

Reddit user bigmanhenry created a bridge across the water south of Lazy Lake for this demonstration, and through it, he was able to prove that mixing the foods together will be more than effective.

Normal running took him 13.964 seconds to cross the water, while eating a pepper sped things up to a brisk 10.294, shaving more than three seconds off the time.

However, eating both a spicy fish and a pepper at once showed that it took him 7.691 seconds, cutting almost another three seconds off the original time. 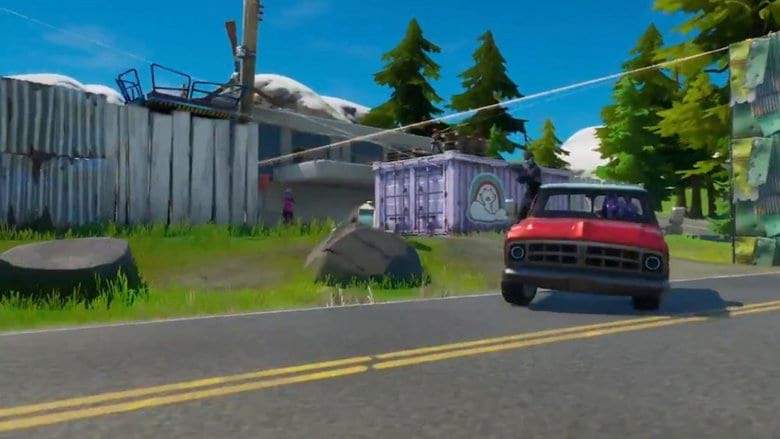 Epic GamesCan you outrun a car?

It’s worth pointing out that the pepper and fish on their own will still give the same base speed, but mixing them together will allow you to reap the benefits of both.

With there being so many fish in the sea in Season 4, it might be hard to come across them, but you should be able to find the peppers with regularity if you’re somebody who likes to loot every location they come across.

This information will definitely come in handy while rotating or even running away from a squad. It’s unlikely anybody will be able to catch you when you’re just zooming around like this, so it could end up being the actual difference between life and death.

READ NEXT: Fortnite Midas Flopper is Still Coming in Season 4

Read More
Fortnite, Gaming News
Here's how you can move as fast as possible in Fortnite.