Another week of Fortnite Season 4 has arrived, meaning there’s another Wolverine challenge available that’ll get us one step closer to unlocking him.

This famous mutant won’t come easily into our locker, but instead, we’ll have to endure six weeks of challenges before we can actually unlock his skin, and eventually, his original outfit will be unlockable too.

Week 3 has now arrived and we are tasked with hunting down his trophy in Dirty Docks in the hopes of bringing home a Sentinel’s head as a back bling. Don’t worry, the description says Wolverine earned it fair and square.

Here’s where you can track down his trophy and complete the Week 3 challenge.

Dirty Docks is the Place to Be 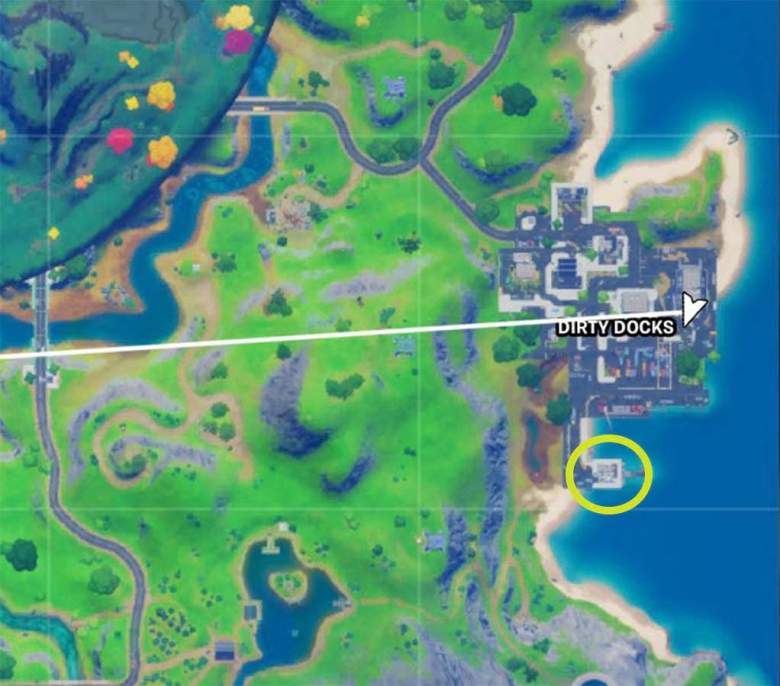 Epic GamesHead to the south of Dirty Docks.

To find this decapitated Sentinel head, you’re going to want to land at Dirty Docks, but you’ll quickly find out that this is a pretty big place and you might find yourself eliminated before you find the head.

Fortunately, the head isn’t too hard to track down, if you know where to look that is. Head to the southern end of the location and head into the building found there.

Once inside, head into one of the smaller rooms and you’ll find the head just sitting there on a shelf. Interact with it and you’ll quickly be done with this challenge and you can instantly look forward to the next week.

Thanks to leaks about the future challenges, we know that Wolverine will be appearing on the map as the boss of his own location eventually, and we’ll have to take him out to complete that week’s challenge.

We saw this week drop the absolutely massive Stark Industries location onto the map, so it’s anybody’s guess as to where they’ll decide to plop down the Wolverine POI.

We’re still a few weeks out from this happening, so keep an eye out for that.

Read More
Fortnite, Gaming News
Here's where you can track down Wolverine's Trophy and complete the Fortnite Week 3 challenge.