At one point, you were given the tall task of handling the day to day duties of running a prison empire in Prison Empire Tycoon.

Now District Games has given mobile idle entrepreneurs a new role to fill. In Idle Police Tycoon, you’re put in the position of running a bustling police station. And of course, you’ll need tons of money to make that important duty run smoothly on a day-to-day basis. You’ll need to balance out all of your tasks, such as adding new rooms to your police station, hiring workers for those new sections, bringing in regular everyday bad guys, fulfilling the goals attached to arresting most wanted criminals, etc. Use this tips guide and you’ll have an easier time completing all of those goals and so much more.

Here are the top five tips, tricks, and cheats you need to know for Idle Police Tycoon – Cops Game:

1. If You’re Set on Playing This Game Entirely for Free, Be Ready to Take Advantage of All Those Video Advertisements

• Idle Police Tycoon can primarily be played without you having to spend a single dime. But if you’re looking to play it for free during the entirety of your time spent with it, be prepared to watch a ton of video ads in order to do so. Sitting through all of the videos attached to increasing your profits x2 for a fixed period, getting a special cash bonus from the city’s mayor, earning new prisoners, and doubling the profits you made while you’re away from the game is pretty much an essential move you need to make in order to prosper.

• All the cash bonuses acquired by watching all of those assorted videos works out for you immensely in the long run, so maintain your patience and handle those video ad watching tasks as soon as they become available. By the way, make sure the increase profits meter is full during your active playthroughs and be sure to refill it before you log off so the game can make you tons of cash by the time you log back in.

2. Put Your Funds Towards Opening New Sections of Your Police Station and Unlock All of its Parts Before You Do Anything Else 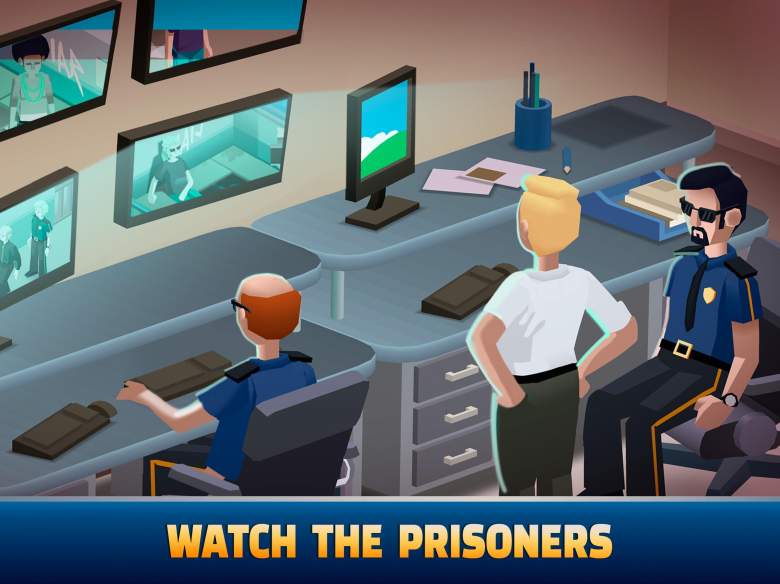 • Once you’ve made your way through the tutorial, you’ll want to put your funds towards opening up all of the sections that exist within your station. In order to increase your income and make sure all of the workers you hired are paid, you’ll need to hop into the management menu to check if there’s a new section that needs to be constructed. Building up those new sections helps you earn another way of bringing in even more funds. Once a new section of your police station has been built, you should focus on adding all of the essential items it needs and hiring the total number of workers it can house.

• After you’ve done that, fulfill those same two goals for the next portion of your police station. Don’t forget to return to your fully assembled station setups in order to expand and upgrade them over time. Always keep a close high on the management menu’s funds breakdown every time you purchase something and make a new hire. That way, your profits will gradually increase and go a long way towards offsetting your expenses and keeping your balance in the green. Once you get in the habit of opening up a new police station within new cities, stick to filling it with new sections and outfitting them with everything they need before you do anything else.

3. Then Focus on Completing All of Your Most Wanted Criminals Missions

• As soon as you’ve finished opening up every section within your police station and filled all its item/worker slots, it’s time to switch focuses. Now’s the time to rack up some much-needed gems by fulfilling all of the missions tied to bringing in the game’s most wanted criminals. Do your best to complete all of the listed achievements tied to arresting a single criminal.

• Taking in just one most wanted criminal means you’ll be rewarded with huge sums of cash, an increase in the income you make per hour, and more gems. So try not to overwhelm yourself by completing an assortment of missions across multiple wanted criminals. Focus on one at a time and your daily gameplay regiment should go a lot smoother.

4. Purchase a Pack of Cards As Soon as You Have the Required Amount of Gems to Do So

• But if you’re patient enough to rack up 500 gems for an advanced card pack purchase, go that route instead. It’s nearly impossible to earn 1,200 gems without paying for them in order to buy an expert card pack, so don’t go that route if you’re only interested in playing Idle Police Tycoon entirely for free. Cards give you some pretty awesome boosters for different facets of your police station, so collecting them is a must.

5. Make It Your Priority to Expand One of Your Districts on a Daily Basis 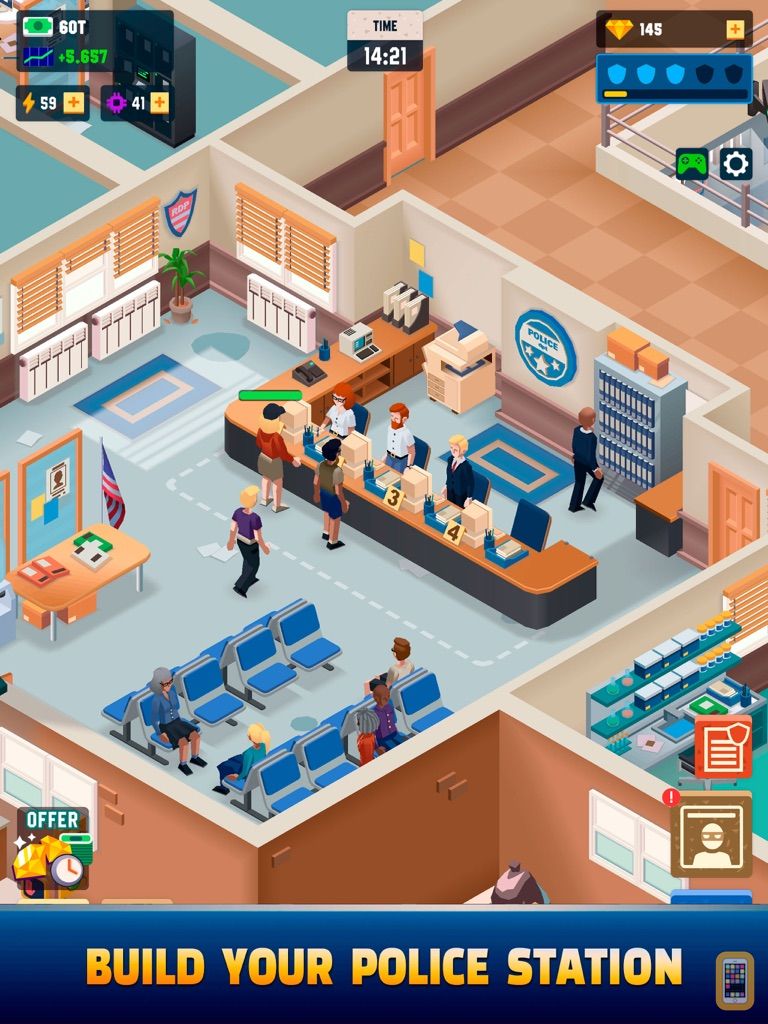 • You’ll need to amass a ton of money when you’re looking to expand any and all of your city map districts. So before you log off for the day, make it a personal mission of yours to bring in the required amount of income needed to expand at least one of your districts. Bringing in more criminals is done via district expanding, which means more income will certainly come your way.