SEGA’s Phantasy Star series has been going strong since 1987.

Since its grand debut, the JRPG franchise has provided longtime fans with mainline series entries and mega-popular MMORPG spinoffs. And thanks to Boltrend Games, Phantasy Star has finally entered the world of mobile gaming via a brand new title named Idola Phantasy Star Saga. You’ll contend with a myriad of powerful foes and massive Idola beasts in the game’s anime-inspired universe. And with the aid of your Law and Chaos-themed party lineups, you’ll have the ability to vanquish both enemy types. Idola Phantasy Star Saga has a lot going on to it besides turn-based battles, which is why we’re here to provide you with all the advice you need in order to successfully navigate it all.

Here are the top five tips, tricks, and cheats you need to know for Idola Phantasy Star Saga:

1. Ensure That You Have the Best Party Setups by Enhancing Different Elemental Characters 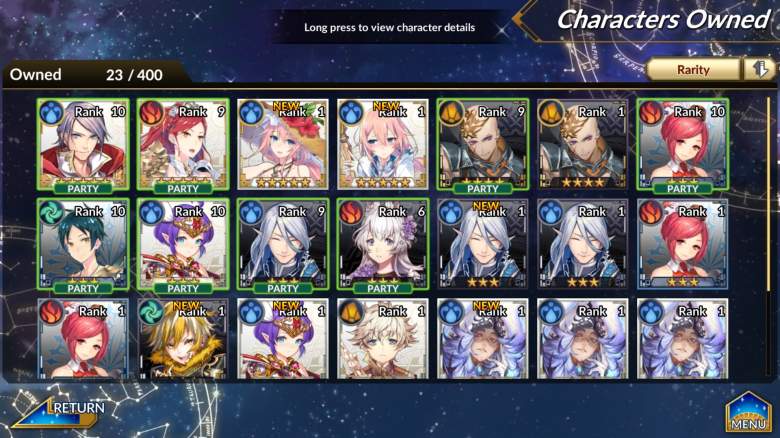 • Idola Phantasy Star Star is really generous when it comes to gifting you with the characters you need to build a party once you first enter the game. Once you’ve gotten past its tutorial phase and begin earning the currency needed to unlock new characters and items via the Gacha shop, always make it a habit of saving up enough Star Diamonds and Arena Coins so you can rely on the Gacha x10 option. That way, you have a higher chance of earning new powerful warriors and duplicate copies of characters you already have that can be put towards the main character copy’s breakthrough enhancements.

• When the time comes for you to compile two parties full of Law and Chaos characters, you’ll want to ensure that all four slots for both parties include all four elements in tow. It’s always best to enter each and every battle with each elemental advantage put into play. You should do everything in your power to enhance your main eight party characters and upgrade any new ones as time goes by.

• Leveling up your other cast of characters is incredibly beneficial during Idola Battles since you can place a whole lot of them into a party that summons a strong personal Idola. And whenever you’re thinking of replacing any of the current party members in either your Law or Chaos parties, be sure to enhance a character replacement of the same element before you do so. And as a final party composition tip, attach the two IdolMag’s you’re currently feeding/upgrading to both your parties so they can gain extra beneficial stat boosts.

2. Rely on the Auto Option Up Until Certain Points of a Battle 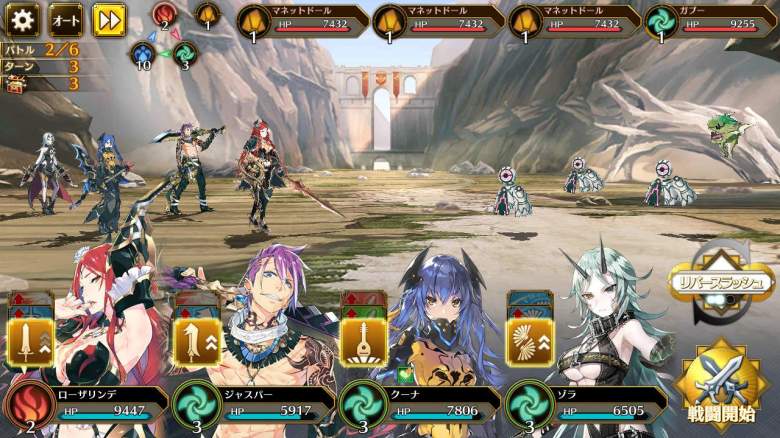 • There’s a lot of mechanics to wrap your head around when it comes to the turn-based battles in this mobile RPG. You’ll need to stay abreast of element advantages, elemental value increases, and the active state of your Reverse Rush. Relying on the auto option is usually the best path towards victory – your two parties tend to have the capacity to handle themselves well if you perform all the proper enhancing duties that keep them strong. Utilizing the auto option for your two parties works like a charm during quests, arena, and Idola-based battles.

• But there will definitely be certain instances where you’ll need to give your party a manual helping hand. Whenever you spot one of your party members on the verge of death, turn off the auto option so you can quickly activate a healing ability from one of your other party members or activate the Reverse Rush so you can switch out your current party to the other one. By the way, you should turn off the auto option for a quick sec whenever the core of an Idola is exposed. That way, you can immediately activate your Reverse Rush attack to do big damage to the Idola’s core and switch back to the auto option once it’s gone. Your party will most likely be capable of handling the rest of that big Idola battle from that point forward.

3. Take on All Sorts of Quests, But Be Sure to Focus on Completing More of Your Daily and Limited-Time Quests 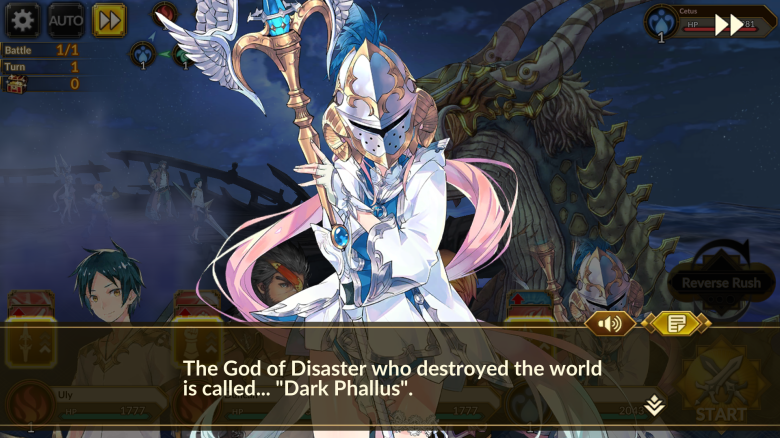 • There is a huge array of quests you can complete in order to level up your party members, acquire all sorts of rewards, and push the story forward. Those quest types fall under the three main descriptions of main, explore, and side stories. You’ll want to take on each and every mission type there is, of course. But you’ll really want to put your stamina towards completing as many daily and limited-time quests as you can on an everyday basis.

• There’s a substantial amount of enhancement materials to gain from daily quests and memory-themed currency to earn from completing limited-time quests. The items you can acquire via memory-themed currency purchases are some of the best in the game, so earn as much of that currency as you can before the event ends. Feel free to replay already completed missions if you’re looking to farm XP for your newer/weaker party members, plus get friendly with other players by choosing their support party members and following them after completing a quest to keep their support character in your party rotation. And make sure your support party set up is filled with equally strong party members so you get the very same treatment from other players, too.

4. Knock Out Your Daily Achievement Missions Every Day and Keep Knocking Out Those Beginner Missions 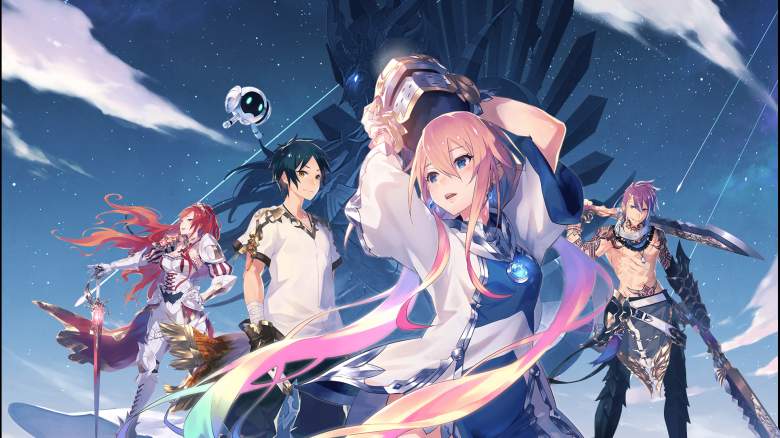 • Idola Phantasy Star Saga gives you a large assortment of achievement missions to complete – there’s daily, main, limited-time, and beginner achievements for you to fulfill. Now every time you log-in for a fresh playthrough of the game, collect all of your login rewards, gifts, and Top-Up Bonus goodies before anything else.

• Then make sure you immediately check off each and every daily achievement quest before you switch your focus to something else. As you tend to whatever personal goals you’d like to accomplish in the game, always keep the completion progress of your Beginner Missions in mind. Completing Beginner Missions helps you earn some truly worthwhile rewards over time, so make it a regular habit of tuning your gameplay sessions’ progress towards fulfilling them all.

5. Take Advantage of Your Daily Allotted Chances to Participate in Idola Battles and the Arena 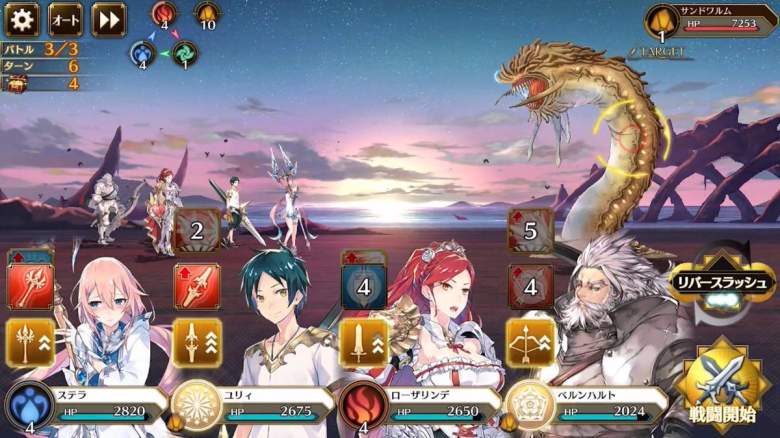 • During a new daily playthrough of this game, you’ll return to find that you have all five chances for your allotted Idola Battles and Arena participation opportunities fulfilled once again. Before you log off for the day, use up all of the slot chances given to you for both battle types. Besides taking on other players’ Idola beasts, make sure to summon one of your own via a strong party composition to earn even more goodies from your passive participation.

• As for the game’s arena battles, try to complete each difficulty type (easy, normal, and hard) so you can walk away with a higher arena ranking and more Arena Coins for your gacha purchasing needs during a single playthrough. There’s also plenty of arena missions to complete and rewards to earn from them, so competing in the arena every day is definitely worth it.