Marvel’s Avengers is a deep action RPG like experience that has a ton of systems you’ll need to grasp in order to complete your mission.

Six heroes are at your disposal at launch and you’ll be tasked with unlocking their varied abilities, equipping them with new gear, upgrading said gear, and using their powerful skill sets to complete all sorts of challenging missions. Saving the denizens of the Marvel Universe is far from easy, so you’ll need all the help you can get if you have any hopes of defeating AIM. This tips and tricks guide has all the essential advice you need in order to build up an army of powerful Avengers and unlock all the goodies worth venturing out into the game’s world to find. 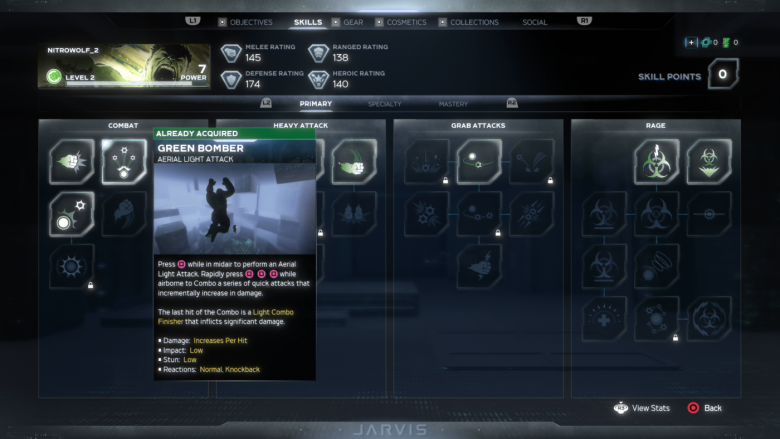 • As you level up each hero, you’ll earn a skill point that can be used to unlock all sorts of abilities across three different skill paths – Primary, Speciality, and Mastery. While you’re making your way through the main campaign, you should spend your skill points on expanding your character’s primary abilities before everything else.

• More specifically, work on adding the full gamut of light and heavy attacks to their moveset. Get those sprinting attacks as quickly as possible since you’ll be doing a whole lot of running headfirst into battle. Be sure to do the same for dodging attacks since you’ll be relying on perfect dodges in order to get the jump on your foes during intense multi-enemy skirmishes. You’ll want to have a party full of heroes that have the majority of their primary combat skills unlocked before you take on the game’s tougher co-op missions.

2. And Make Sure to Unlock the Dodge and Parry Skill for the Characters That Have It ASAP

• Once you feel like you’ve poured enough points into unlocking each hero’s melee skills, put your newly earned skill points into unlocking the dodge and parry mechanic for the characters that are capable of using it. Ms. Marvel, Captain America, and Black Widow happen to be the main characters that have access to that type of skill. As for the other heroes, here’s how you should spend your skill points after you’ve unlocked a majority of their melee abilities – unlock Hulk’s Rage skills, unlock Iron Man’s Rockets, and unlock Thor’s Intrinsic Abilities.

• Follow the last tip and this one so you’ll eventually build up an army of Avengers that have an incredibly expanded moveset with tons of combo potential. Plus you’ll end up with three heroes that can dodge and parry their foes into a dazed state and three other heroes that can tap into their assorted signature skills to take advantage of that battle situation.

3. Every Time You Unlock a New Avenger, Explore the Outpost You’re in to Discover Some New Chests

• Throughout the main campaign, you’ll find yourself back at one of the game’s two outposts after completing the type of missions that push the story forward. And most of the time, you’ll be controlling the latest hero you discovered during your quest to reassemble the whole squad.

• In that instance, make sure you comb every corner of the outpost you’re in since plenty of new chests will be lingering around for you to crack open. Don’t go straight to the War Table to tackle another mission or perform the type of activity that pushes you into another gameplay sequence. Get all those pieces of gear and other useful items first before you jet off to your latest adventure. And remember – you can fly to either outpost by selecting it at the very bottom of its War Table location.

4. Collecting Comic Covers is Actually More Beneficial Than You Might Think

• Nabbing assorted comic covers isn’t just some sort of in-game easter egg hunt. Collecting them helps you earn stat boosts that power up every one of your heroes. As you acquire a new cover within a specific comic series, a new stat boost will unlock as well. Once you earn all five covers within a series, you’ll unlock all of its active set bonus stat boosts. So it’s always worth seeking out treasure chests and perusing around each area you get to explore in order to get your hands on new comic covers.

5. Boost Gear Pieces as Much as Possible and Don’t Be Afraid to Dismantle Weaker Ones 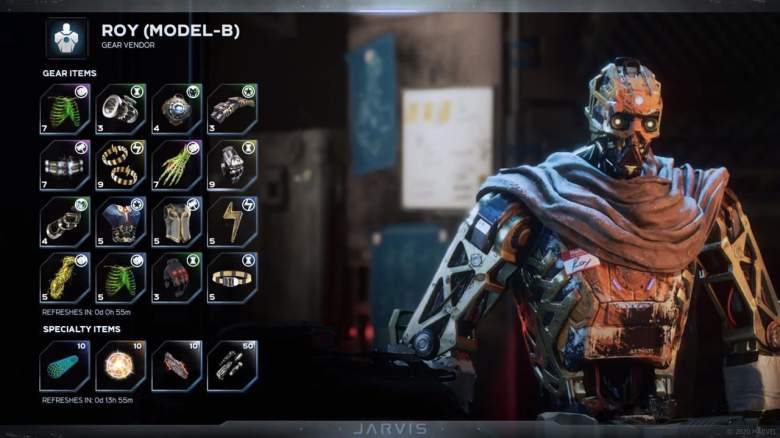 • Marvel’s Avengers is quite generous when it comes to granting you new pieces of gear. Tearing up enemies, unlocking chests, and completing missions are the three main methods that’ll help you pick up a bevy of gear pieces for each hero.

• Once you have some time to take a breather, head into the gear menu to do so hero fine-tuning. Equip the best and most powerful gear, of course. And be sure to dismantle the pieces of equipment that are relatively weaker so you can use the boosting resources gathered from them to upgrade your current pieces of gear. Don’t get too attached to the gear you currently have attached to each hero – you’ll come into owning more powerful gear more often than not and even have the opportunity to purchase them once merchants set up shop in both outposts.

6. As Soon as You Start a Mission, Use Your Locator to Find Out Where All The Chests and Other Side Activities Are Located

• Every time you enter a new mission space, press Up on the directional pad to see if there are any goodies worth seeking out and additional tasks that need to be completed. This usually happens when you hop into a mission that takes you and your band of heroes to a drastically more open area. There will be certain instances where special enemy units must be defeated or AIM prisoners have to be freed from their captivity. And sometimes, they’ll even be standing right next to a chest. And that bonus is always a plus.

• If you come upon a locked door that contains the chest full of items you desire, press Up on the D-Pad so you can locate the buttons you need to attack or step on in order to unlock that door. Whenever you’re playing alongside a crew of online co-op players with mics, work alongside them so you can take down each door unlocking button in quick succession. Once one button is hit, a timer kicks in. So it’s always best if you take them down as quickly as possible on your own or hit them all in quick succession/simultaneously with your co-op buddies in tow. 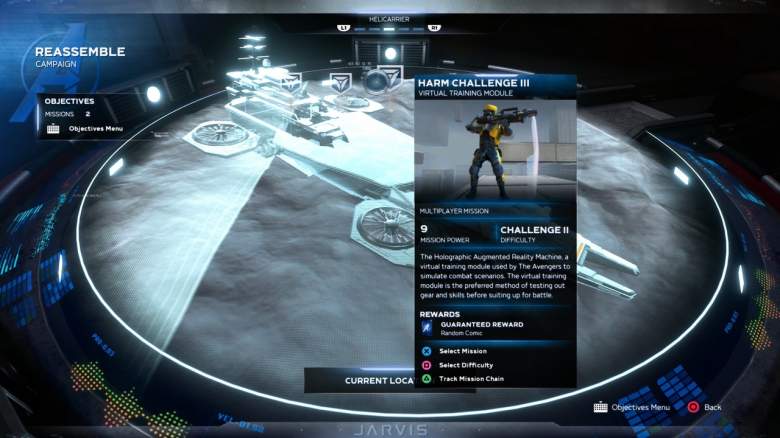 • During the main campaign, you’ll earn each hero one by one. Once you’re in control of a new character and have access to the War Table, head straight to the Hellicarier and take on that character’s HARM Training mission.

• These missions do a great job of helping you become familiar with each hero’s particular set of skills, plus you’re guaranteed to earn a new comic book cover upon completing them. Another mission chain you should spend time completing over the main campaign missions is Iconic Missions. These hero specific quests always reward you with rare/high ranked gear. Taking on a new story or online-co op mission with the powerful gear you’ve gained from completing Iconic Missions is a must.

8. Don’t Forget to Use Each Hero’s Trigger Button Speciality for a Quick Power Boost And Put That Vault Ability to Good Use

• In the heat of battle, it’s easy to lose track of everything happening onscreen and forget the full set of abilities your chosen hero has access to. While you’re wailing away on your foes with melee and ranged combat abilities, don’t forget to put each hero’s trigger button activated ability and Circle/B-Button activated Vault maneuver to good use.

• Holding down the right shoulder trigger button for certain heroes lets you boost their strength (which happens in the case of Ms. Marvel, Hulk, and Thor). And other heroes utilize that button to activate another ability altogether (Ms. Marvel can grow larger and also pull off a dodge/parry maneuver, Hulk can use his inner gamma to power up, and Black Widow can latch onto faraway foes and bring herself to them with her Widow’s Line). The Vault ability works against normal-sized foes and pays off handsomely when you and another player sandwich that now helpless foe between the two of you.

• You’ll quickly come to despise the pestering attacks that whittle away at your life bar from turrets and airborne enemies. Once you’ve encountered a new set of foes, keep an eye out for those enemy types and eliminate them immediately. While your fellow heroes are wearing down the enemies that primarily attack from the ground, do your buddies a favor and clear out the baddies that stick to the skies.

• Getting rid of turrets (both ground and air types), drones, and teleporting Beekeepers before everyone else is an essential strategy towards certain victory. By the way, you’ll get health pickups every time you pull off a Takedown. Keep that in mind whenever you’re on the verge of falling unconscious.

10. Take on All the Daily Faction Missions That Become Available to You Everyday 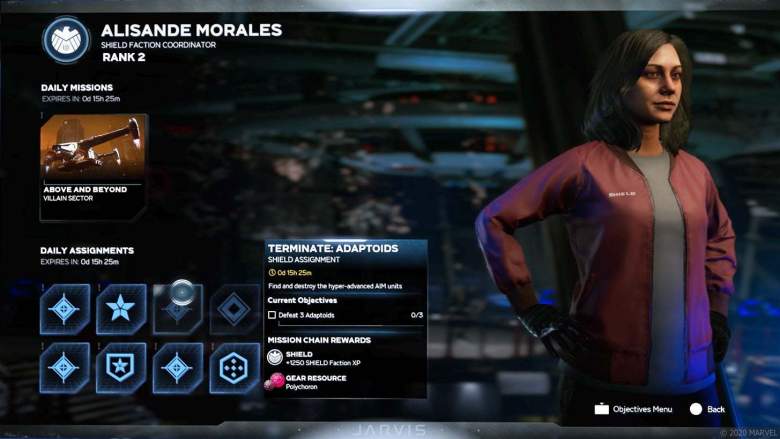 • Later on during the campaign, you’ll come into contact with two factions. As you speak with the daily quest giver associated with that faction and complete the tasks you’ve chosen to take on, your faction level with them will grow. As your faction level increases, you’ll earn free rewards from that faction’s merchant and be able to acquire more powerful accessories over time.

• It’s worth accepting all the daily quests a faction giver tasks you with – complete as many missions as you can within a single day and you’ll have no problem completing a few of those daily tasks in the process. While you won’t be able to tackle a faction’s boss-themed mission during the early stages of the game, you’ll at least be able to clear out a bunch of their daily requests on a regular basis.