In a world as big as Assassin’s Creed Valhalla’s, having a mount is very important when it comes to getting around and discovering new locations.

One thing you’ll realize very early on while riding your horse is the fact that it doesn’t take too kindly to water, and you’ll be tossed off while trying to cross any river. Luckily, it doesn’t have to be that way forever and you can actually teach it how to swim.

The ability to do this doesn’t come until later in the game when you decide to upgrade your new settlement. If you want to make your horse start swimming as soon as possible, here’s what you’ll have to prioritize. 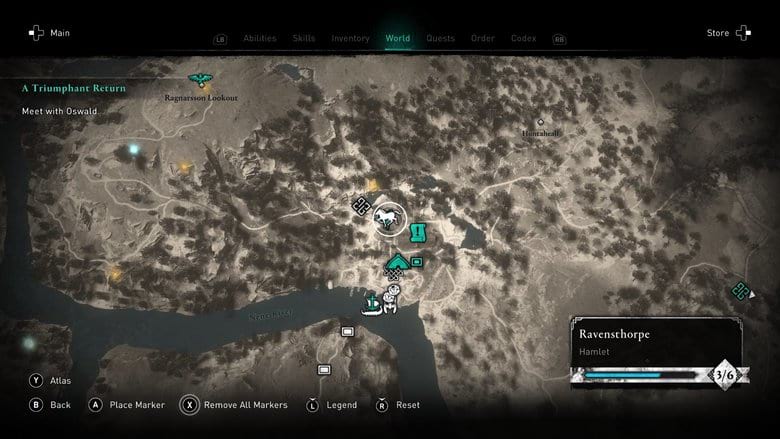 Near the main longhouse of Ravensthorpe, there’s a location for a stable that has your name on it. Depending on how many raids you’ve done, you might already have a decent amount of supplies to get this building built.

If you do, go ahead and create it so you can talk to Rowan. Browse what he has to offer and you’ll see that if you’re willing to spend a bit of silver, you can unlock the ability for your horse to swim.

Taking things a step further, you can even make your horse swim faster in the water. Considering how many rivers exist in this game, it’s not exactly a bad thing to spend your money on.

There are also other upgrades you can go for such as increasing your mount’s stamina or health, which can also be worthwhile boosts.

You Can Get New Mounts Here Too

Another thing Rowan offers is the ability to change your mount. If your current horse isn’t cutting it, you can take a look at his stock and switch to something new.

The same goes for your bird that is used for scouting. There are plenty of skins to choose from, so you’re bound to find something you like. Since you’re going to be staring at both of these things for several hours, you might as well get something you like.