The next generation of Assassin’s Creed is finally upon us with Valhalla and it’s taking us to a place we haven’t been before.

I had the opportunity to play through six hours of the game courtesy of Ubisoft, and I have to say that things look very promising.

Set during the 9th century invasion of England, you are thrust directly into the shows of a fearsome Viking named Eivor, who is the leader of the Raven Clan. It’s an interesting time period as there’s a lot of unrest in England during this time and your crew is looking to establish a foothold after leaving Norway.

Very quickly, you’ll see the English don’t like you as much as you don’t like them, with the clashing of religious beliefs being one of the major factors. This makes for a hostile game world where you’re constantly having to hide who you are within towns.

To make this easier, Ubisoft has brought back the fan-favorite mechanic of social blending, but in my limited time playing, I didn’t see it work as well as I’d have liked it to. One of the big problems was that the towns just weren’t populated as they were in a game like Assassin’s Creed Unity. There are only so many drunkards you can convince to follow you around and I found it easier to just hide in the bushes or travel by rooftop.

Another way to make staying out of sight easier is having the ability to raise your hood, which will make detection take longer. Being a Viking during this time period is already tough enough, so it’s cool to see so many ways to make it a bit easier.

At the end of the day, it become clear to me that while stealth mechanics are more prevalent in Valhalla than they were in Origins and Odyssey, things seem much more tailored to combat.

Not Your Father’s Assassin’s Creed 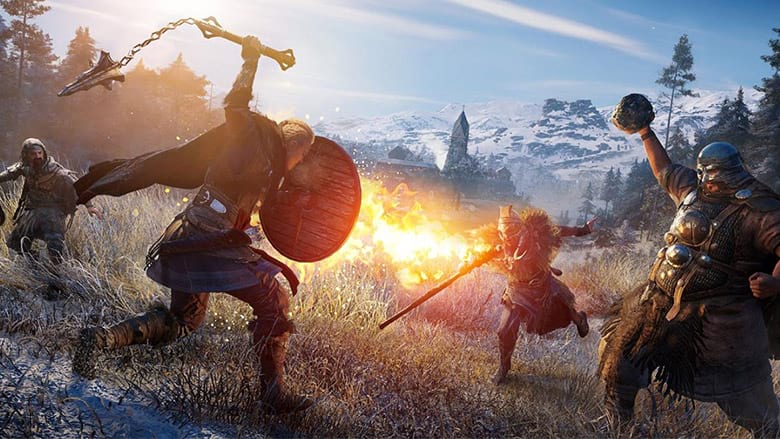 UbisoftThis is as brutal as Assassin’s Creed has ever been.

It’s no secret that the current AC titles are much different than they were when the series began, and that has created a bit of a rift in the playerbase.

For anybody who was a fan of the way things were and don’t like the direction Origins and Odyssey went, chances are high that you aren’t going to be a fan of Valhalla either, unless you’re in love with the time period it’s set in.

Valhalla builds on what Odyssey perfected from Origins and elevates the combat even further. Your average fight will usually end in a brutal finishing attack and don’t be surprised to see severed limbs flying around during the mayhem.

To drive this point home even further, instead of clearing outposts by yourself and sneakily eliminating the guards and finding treasure, Valhalla has introduced raids.

By blowing your horn, you’ll call a bunch of Vikings to come fight with you as you storm an area. These raids will drop the stealth act and start a full-blown brawl as you massacre everybody in the town.

You’ll find there are certain chests and doors that can only be opened up with an AI teammate, so it’s clear that you’ll have to perform these raids as often as possible.

For the combat oriented player, this will feel like a dream come true because the series has never been this violent before. With a sprawling skill tree being available, it looks like there are many different ways you can build Eivor.

Speaking of, building off the foundation from Odyssey, where you could pick a male or female character, Valhalla does something interesting. Through the use of the Animus, players are able to switch back and forth between a male and female Eivor at will.

I didn’t have a chance to do see what impact this has on the story, if any, but it’s interesting to say the least that Ubisoft allows us to do that.

It’s Not All Fighting 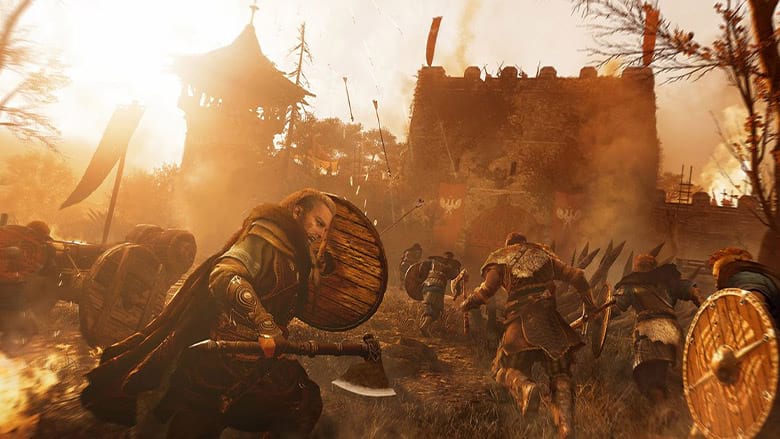 A cool thing that does make a return from some of the previous entries is the settlement.

In my preview, I was able to build up an outpost and populate it with activities for my clan to do. Through the raids, I was able to collect all sorts of supplies and pour them back into the settlement, giving me a real sense of progression. What’s cool is how you can pick and choose what to upgrade first. If you want to have a feast that will give you a buff before battles, you can get that built first.

I’m sure there’s a lot more to the system than what I saw in the brief preview, but I was definitely encouraged by what I saw. 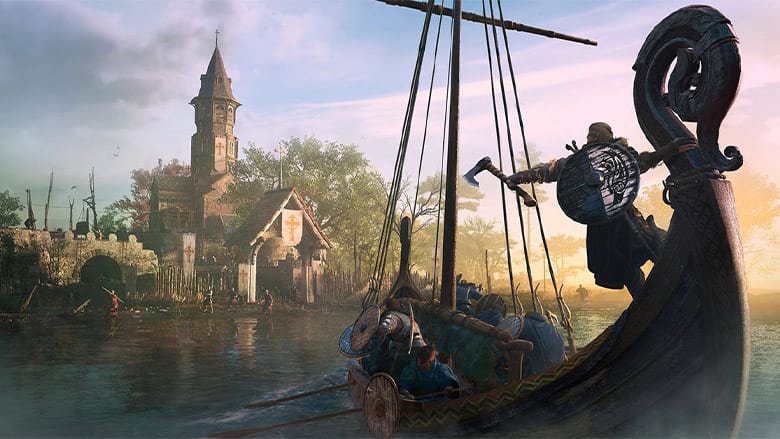 As somebody who has played bits of pieces of Assassin’s Creed games in the past, and somebody who absolutely loved Origins, I couldn’t be happier with what I played.

If you are a fan of the direction the series has been going, then there’s no real reason you won’t like this one. Despite adding stealth mechanics back into the game, it never actually felt like I was supposed to play with them.

I tried to approach fights stealthily, and things I felt like I was able to do in Origins didn’t even feel natural in Valhalla, and almost every situation just turned into a bloodbath.

I will miss the outposts from the previous two games, but I’m sure the raids will grow on me because it was definitely fun leading a group of bloodthirsty Vikings into battle, I can tell you that much.

There will likely be many long nights staying up playing this game, just telling myself I need to synchronize with one more spot, only to come across a plethora of new things to do on the way there.