The upcoming release of Diablo 2: Resurrected will have fans who played the game 20 years ago very excited.

Instead of being a full-blown remake that changes everything, fans quickly found out through the beta that this will play very closely to the original release, just with updated graphics.

For a lot of players, this is perfect, but if you’re getting into Diablo 2 for the very first time, there will be some things that you have to learn.

The biggest adjustment for new players will be getting used to the looting system. Many games nowadays, including Diablo 3, have personal loot where everybody gets something for killing a boss or important enemy.

Diablo 2 features a system where there’s only one loot pile and everybody fights over it. Back in the day, this is a lot of what made the game fun, but new players might find themselves turned off by it.

Relax – we're not doing it. People are allowed to discuss things and hear other people's opinions.

Rod Fergusson, executive producer of the Diablo franchise, has confirmed that they will be launching Diablo 2: Resurrected without a personal loot system.

This means it’ll be just like the good old days where it came down to who could click on that shiny item the fastest.

For anybody out there who is holding out hope for a possibility to toggle this feature on and off, it appears that the team is listening, but it’s just not something the game will launch with.

Not for launch but it's something the team continues to discuss.

At the end of the day, Blizzard most likely created this remaster for the purpose of pleasing longtime fans of the game, but that doesn’t mean there aren’t some other quality of life changes.

The game will finally be able to played in full screen on modern PCs, and the resolution will bump all the way up to 4K for players with capable hardware. Perhaps the biggest thing to look forward to is the shared stash between characters. The need for a mule is no longer necessary, but we’re sure some players will still utilize them just for a sense of nostalgia.

Another first for the game is the fact there is controller support and a console release.

When Does it Release? 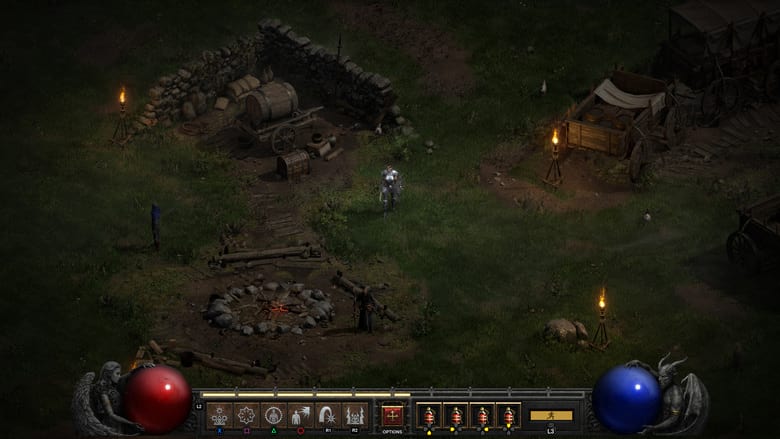 The wait for Diablo 2 is almost over as the Resurrected remaster releases September 23. If you’re somebody who has gravitated away from PC over the years, you can rest easy knowing that it will be available on every modern console, including the Switch.

What’s even cooler about the release is the fact that your character will be transferable seamlessly between platforms, similar to how games like Destiny 2 and Fortnite currently work.

If you’re looking for a new game to grind before Diablo 4 releases, this could very well be it. Despite being two decades old, Diablo 2 holds a special place in the heart of many gamers, and if you’re a new player, we’re sure you’ll find something to love here too.

At the very least, it’s a new looter game for you to play and grind. With seasons added into the mix, it’ll also scratch that competitive itch.