Another season of Diablo 3 is just over the horizon, and with the news of Season 23 ending in just a week or so, fans are wondering when to expect Season 24.

Blizzard revealed that Season 23 will wrap up on July 18, meaning that we’ll going through a period of downtime as we wait for the new content to show up.

There was a bit of controversy surrounding this season as there was no set theme like we had in the past. Hopefully, Blizzard will get us back on that track because that’s often the most fun part about the season.

Since we know when the season ends, we can do a fair bit of speculation as to when Season 24 will begin.

When Does Season 24 Begin?

The past returns. Prepare for Ethereals and more in Season 24 of Diablo III.

Since Season 23 ends on July 18, we can guess that the new season will start up around two weeks after.

The past couple seasons have run a bit longer than usual, so the grind was especially long. Then again, the grind will does come down to how many hours you want to put in. A lot of players just log in each season to finish their Seasonal Journey and then move onto something else.

If you’re a person who likes to push high Greater Rifts and fight for position on the leaderboard, then this downtime will likely be much appreciated. However, if you’re like us and just can’t get enough of Diablo 3, then you want to get right back into the action after a small break.

What Happens at the End of the Season? 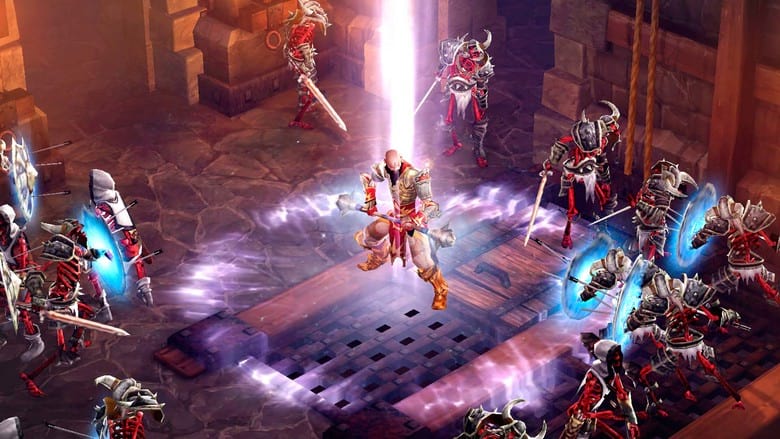 The end of the season in Diablo 3 means a variety of things. The main thing is you’ll have to wave goodbye to your character if you want to continue playing the new seasons.

Your Season 23 character will not carry over Season 24, but if you want to keep playing with them, you have the option to do so in non-seasonal content.

In Season 24, you’ll start with a clean slate, but that means you’ll have the opportunity to try out some different classes. We haven’t gotten a new class since the Necromancer a few years ago, so don’t expect anything like that, but we usually do get some new gear to play around with.

As you know, gear is the name of the game in Diablo 3 and you’re going to constantly be upgrading it and switching out old pieces with new ones. That’s part of the thrill with this game and even when your full set is complete, you’ll still find upgraded pieces of that same set, so the grind doesn’t really ever end.

If you want to get some last-minute time in with your character, now will certainly be the time.