If you think back to a memory you have of Fortnitemares, there’s a chance that it involves the Pumpkin Rocket Launcher, the reskin of the regular Fortnite RPG.

This weapon was actually the first time players discovered they could rocket ride, and instead of removing it, Epic instead made it a permanent part of the game for players to get trickshots.

Fortnitemares 2020 brought back the Pumpkin Launchers, and they can easily be found at The Ruins, where you’ll see many henchmen just skulking around holding them. When you eliminate them, they’ll drop one to pick up, but you’ll discover it’s a Green one, but you can actually find some stronger ones out there.

How to Get Gold Pumpkin Launcher 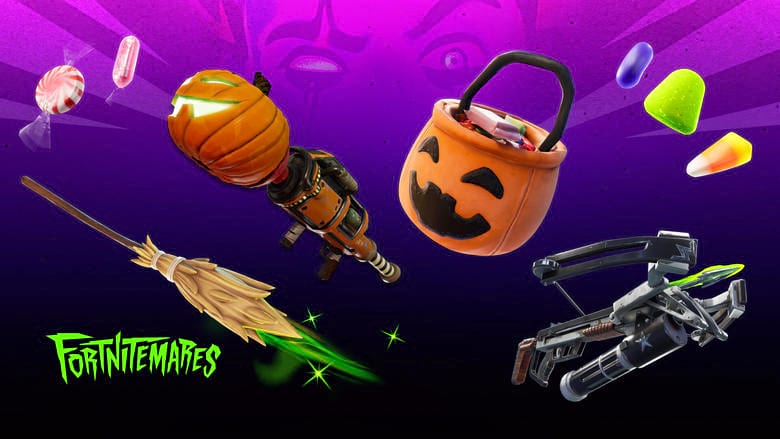 Epic GamesLots of goodies are in Fortnitemares this year.

If you remember back to before Fortnitemares began in Season 4, the Gorgers that showed up to scout for Galactus would drop a Gold RPG upon being defeated.

In Fortnitemares, those will now drop a Legendary Pumpkin Launcher, which means you’ll just have to track one down and defeat it.

Now, this is no easy task, but getting your hands on one of these bad boys will definitely prove to be beneficial. If you want to go down an easier path, you can also do that.

Just Upgrade The Green One

Another route you can go is to just upgrade the Green Pumpkin Launcher you find at The Ruins location. Of course, this will mean you have to survive the onslaught of both players and Shadows, but if you then you’ll be in the clear.

Just track down an Upgrade Bench and bring your Pumpkin Rocket with you. Of course, you’ll need to make sure you have enough materials to upgrade, so perhaps you should farm up or find a llama somewhere.

This is definitely the easiest route for those of you who want a Legendary launcher. Another option would be to just eliminate a player or Shadow who has one of these in their arsenal, but chances are quite slim that you’ll be able to do that.

READ NEXT: How to Find & Eliminate Shadows Midas in Fortnite

Read More
Fortnite, Gaming News
Here's how to get your hands on the rare Legendary Pumpkin Launcher in Fortnite.