It looks like everyone out there who though the gnomes were done causing mayhem in Fortnite Season 4 were proved wrong because the new update has introduced a whole new questline involving them.

The last time we saw these gnomes was at Lazy Lake where they were revealing the results of their foiled plot with a newspaper, and many thought that would be the end of them since they were defeated.

However, those pesky gnomes won’t go down that easy and they’re back with another quest that will dish out some easy XP for players who take the time to complete it.

Since these quests aren’t kept track of in your challenges tab, it can be a bit difficult to always know what to do, but we have you covered!

How to Do the Most Wanted Quest 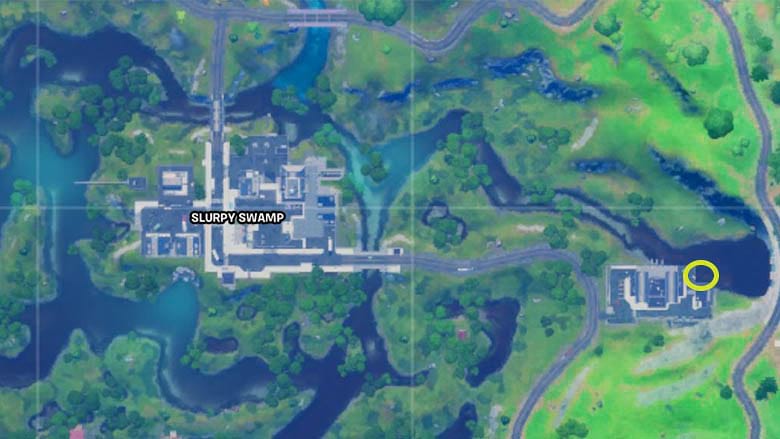 This latest quest, dubbed “Most Wanted,” takes us to the Hydro 16 dam where we’ll be looking for a spray of the half gnome, half robot creature. This area is to the east of Slurpy Swamp and can be seen on the above map.

On the west east side of the small complex, you can find a spray painting matching this description on the wall just above the swamp.

This challenge is only going to reward you with 10,000 XP, but considering all you have to do is walk up to the picture, we can’t be too upset with this.

With the impending threat of Galactus looming over the island, it’s hard for us to keep paying attention to the gnomes, but it’s quickly becoming clear they could become the actual villain of this season.

For the time being, we don’t know what to expect next with the gnomes in terms of quests, but we’re sure that Epic will keep on stringing us along as they are clearly having just as much fun with them as we are.

And hey, who are we to complain about getting free XP and following a fun little side plot while we do it?

READ NEXT: How to Get Fortnite Nexus War Glider For Free