There are several cosmetics that are up for grabs as part of the crossover between Fortnite and Rocket League.

To celebrate Rocket League’s transition into being a free-to-play game, Epic is hosting the Llama Rama event that will reward cosmetics for each game just by completing challenges.

Fortnite players will have to fire up their engines in Rocket League to unlock all of the cosmetics. There are five challenges in total to complete and you’ll earn rewards for both games.

A contrail, emote, spray, and back bling are all available, but we’re sure players are most focused on the back bling. What makes this bling even cooler is it has a variant style, so it’s essentially two for the price (free) of one.

Thanks to Fortnite leaker HYPEX, we can get our first glimpse at this upcoming back bling, and it’s actually pretty cool.

The bling itself is a car from Rocket League and the first style comes in the traditionally blue, but you can also make it orange if that’s more your style.

You have until October 12 to unlock this once the challenges go live on September 26, so there’s plenty of time to get that done.

What is the Challenge? 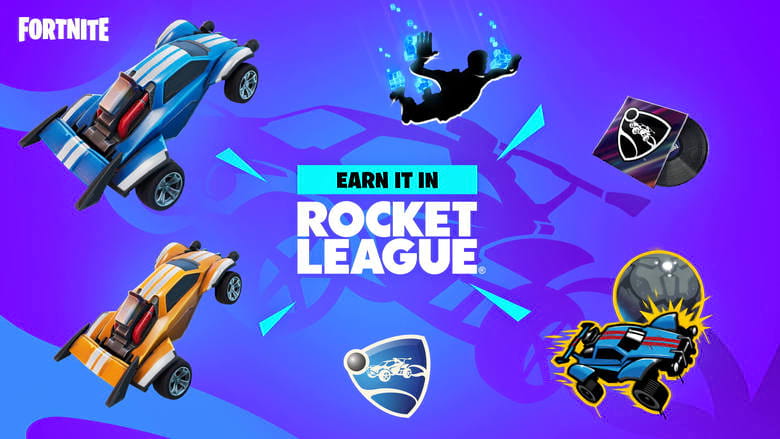 The fifth and final challenge will reward Fortnite players with this back bling, so you’ll need to actually grind if you aren’t a good Rocket League player.

The caveat here is the Llama Wheels aren’t actually available until you do some previous challenges, so it’s not going to be as simple as getting an MVP in a Rocket League match. You’ll definitely have your work cut out for here, so make sure you bring your A-game.

READ NEXT: How to Complete Fortnite “The Lair” Challenge