As fans come to terms with the reality that Ant-Man is the final Zero Point crossover of Fortnite Season 5, there seems to be a divide.

On one hand, you have the players who are extremely excited about Ant-Man coming to the game, especially after he didn’t show up in Season 4 despite having his own POI.

For other players, there’s a sense of disappointment as the season is closing with an Ant-Man crossover instead of a bigger name. That’s not saying this isn’t a cool character, because it is, but the fact that a Marvel hero is the last crossover is underwhelming for many because of the fact that he could’ve arrived in Season 4.

Over the seasons, many Marvel Heroes and Villains have made their way to the Island. But it looks like we may have forgotten one.

To their credit, this Ant-Man teaser that was tweeted out is pretty good. Hint: look at Cable’s arm.

Remember, not everyone is up in arms about this, but here’s a look at what some of them are saying.

Not Everyone is Hyped

It seems like the consensus isn’t that Ant-Man is a terrible option for a crossover, it’s more the fact that he was saved for last when we’ve already blown through the likes of Street Fighter, Alien, etc.

Considering we knew already that Epic and Marvel have an excellent relationship, it would’ve been more accepted if Ant-Man was one of the first characters instead of the last.

Another thing that some fans are upset about, Reddit user Gamespon as an example, is the fact that Peter Griffin doesn’t appear to be showing up after all.

We were on the verge of greatness, We were this close! from FortNiteBR

To be fair, it was never really clear how Peter could’ve possibly worked as a skin in the game. We suspect that his arrival would’ve been hailed more for memes than it would’ve been for actual gameplay.

Whatever the case may be, it’s definitely looking like Ant-Man will be the one closing out this season of crossovers, whether we like it or not. The Marvel fans will definitely be picking this skin up to round out their collection of superheroes.

Who knows, maybe we’ll be getting a DC season in the future that will left players collect even more superheroes.

The next hunter will be Ant-Man!

Now that all of the crossovers have been revealed, the question that remains is what exactly are they all here on the island for?

Whenever we see big names being rounded up for something, it would usually mean they are getting ready to defend against something big. The end of a Fortnite season has typically had massive events, but we don’t know much about what’s planned here.

In fact, we have no idea who or what the threat even is this season, which is very surprising considering how late we are into the season. 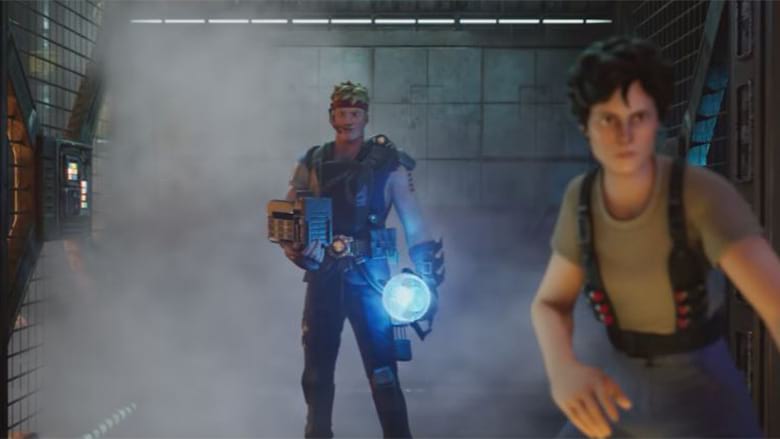 This leads us to a few different possibilities. One of them is that we’ll be seeing the plot unfold at breakneck speed and everything is explained over the next several days.

Another option would be to keep the Zero Point exposed into the next season and see us tackle the threat then. This entire season has been about building the army, so they could make the next one about defeating the threat. It would be a cool thing to see, even if it ends up drawing the plot out longer than it ever has before.

Since this is Fortnite we’re talking about here, practically anything can happen.

READ NEXT: Fortnite Will Soon Give You More Ways to Get Gold Bars

Loading more stories
Ant-Man is coming to Fortnite, but is that a good thing?