Something Fortnite has been doing over the course of Chapter 2 has been crossing over with the worlds of both Marvel and DC Comics.

We’ve seen special comics created for both universes, but the DC one featuring Batman coming to the island was far more fleshed out than the mini Marvel one that was made to coincide with Season 4.

For the Batman miniseries, we had six issues the explored the ins and outs of the island, and it was something that both DC Comics and Fortnite fans alike could enjoy. The ending was particularly interesting as it revealed Doctor Slone has made contact with other DC characters, basically showing that a sequel is in the works.

As it turns out, that is indeed the case and information about what this entails will be revealed during the upcoming DC FanDome event on October 16.

For those of you out of the loop, DC FanDome is an event in which Warner Bros. and DC Comics can show off all of their new stuff that’s in the pipeline.

This includes everything from TV shows, movies and comic books, which is where Fortnite comes into play. We’ve already known there would be a follow up to the series, but we didn’t have many details to go off.

While we still don’t have a ton of information, we do know that the curtain will be dropped in October. Here’s what the website says:

“DC will share details about the next installment of the epic, universe-spanning Batman/Fortnite comic crossover.”

There’s really not a lot to look into with this, but it does give us something to look forward to. Perhaps Epic and DC have some surprises up their sleeves that could get us even more hyped up.

Unfortunately, we do have to wait over a month before we will get any more details about the upcoming comic, so we’ll just have to sit around and remain patient.

What Do We Know? 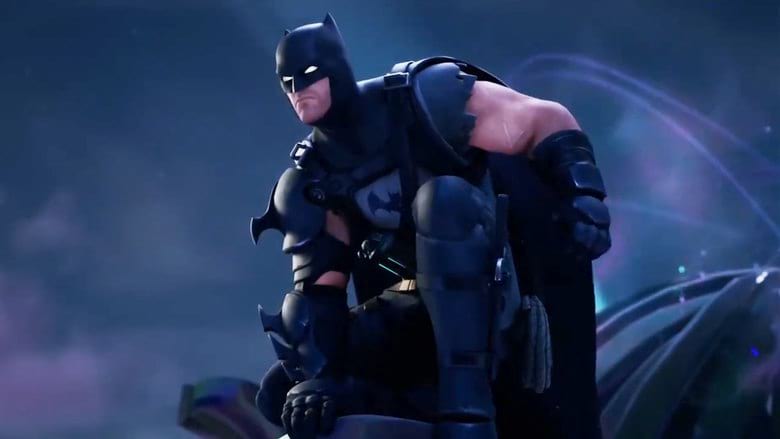 While we have to wait a while before we get more information about the comic book, we do already know a few things.

The conclusion of the Batman/Fortnite miniseries did reveal Doctor Slone meeting with villains like the Batman Who Laughs, Lex Luthor and Deathstroke. This means she in league with some of the most fearsome characters from the universe.

Perhaps more importantly, an anchor was left behind on the Fortnite island by Deathstroke that keeps the two universes connected. This means that characters would be able to come from the DCU to Fortnite and the other way around without any hassle.

The villains mentioned earlier would presumably be able to enter Fortnite as skins at some point, and there’s even a shot that other characters like Nightwing or Robin could join the fray. DC Comics and Fortnite have a good thing going, so it wouldn’t be shocking to see more characters added in the future.

It already seems like more Suicide Squad characters are in the works, so why not find out how we can round out the Bat Family.