The third quest in the Fortnite Season 5 Week 6 questline has us tasked with destroying seven boats.

It’s clear that we’re being made to really hate anything to do with the water for this week, whether it’s blowing up Fishing Holes or now destroying boats.

Destroying boats isn’t the same as destroying motorboats, so you’ll instead have to find canoes and other boats of that nature.

These aren’t exactly marked on the map anywhere, so you’ll have to seek them out yourself. Luckily, since they are boats that means they can usually be found near the water.

There’s actually a spot you can go that’ll help you find them fast, and here’s where that is.

Where to Find Boats 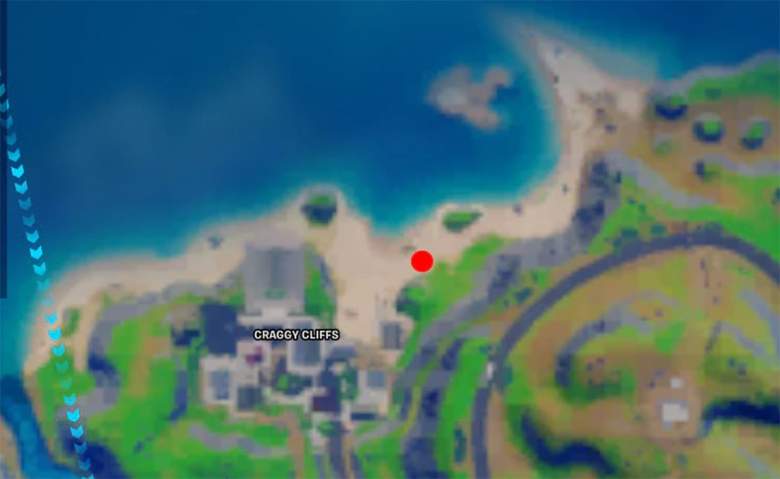 Epic GamesHere’s a place with a lot of boats.

If you head to the north of the map near Craggy Cliffs, you come across a beach you can land on that’s filled with boats.

By continuing to take the path up the sand and into the POI, you’ll come across numerous boats to destroy, which will make completing this challenge very easy.

Whether it’s large rowboats or little canoes, there’s a lot to destroy here, so even if you can’t get it done in one match, you should be able to in the next.

You’ll need to destroy seven of them in total, but it’s not hard if you know where to look.

For the first time in several weeks, we actually don’t know what will be coming after this week of challenges.

What that does likely mean is next week will be bring on a new update, which is long overdue. It’s been quite a while since we’ve gotten some new things to do in Fortnite, so we’re sure fans will be very happy to see another big patch.

These updates typically come with all sorts of leak whether it’s new items, map changes, or skins, so there’s definitely some bright spots to keep an eye out for.

READ NEXT: How to Signal the Coral Buddies in Fortnite Season 5