Another Fortnite update means another hidden challenge to complete and it looks like this one could actually be the true end of the gnomes.

For those of you out of the loop, the gnomes have been up to no good all throughout the season, but along the way, we were able to foil their plot and earn a lot of XP from all of it.

This latest challenge, and possibly the last one of the season unless Epic has more up its sleeve, will have us paying our respects to one of the fallen gnomes.

If you remember the one that rocketed out of Slurpy Swamp last time and died, we’ll be visiting his tombstone.

How to Complete this Secret Quest 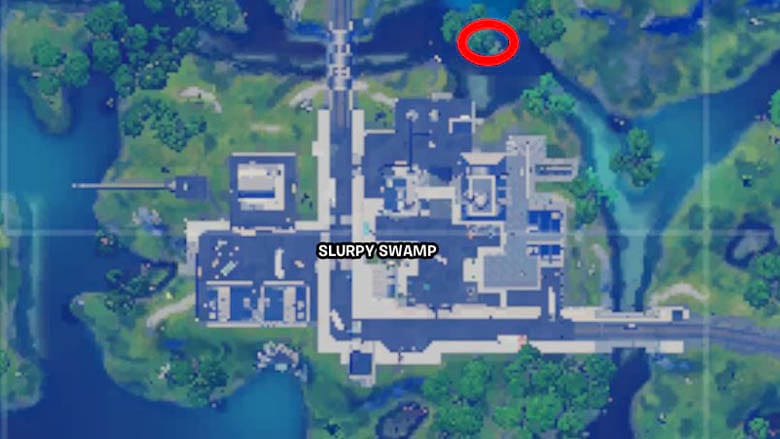 To the north of Slurpy Swamp next to a tree, you’ll see the grave of a gnome who bravely lost his life trying to accomplish whatever he and his group were trying to do.

All you’ll have to do is head up to this location and press F to pay your respects (if you’re on PC) and you’ll come away with a whopping 20,000 XP.

It’s a decent amount of XP for an easy challenge, so next time you find yourself in the Swamp, consider doing this one. You’ll have to collect metal in the area anyways, so you might as well get this one done as well.

This could end being the end of the gnomes, but they’ve definitely had a good run as they lasted the majority of the season and they were the big mover of the plot.

If you think back to the start of this season, there were a bunch of map changes early on and many players thought things would move pretty fast, but that never came to fruition.

Instead, the gnomes were the ones doing things each and every week, so we have them to thank for that. On top of that, we are never ones to turn down easy and free XP, so hopefully Epic finds a way to keep in coming.